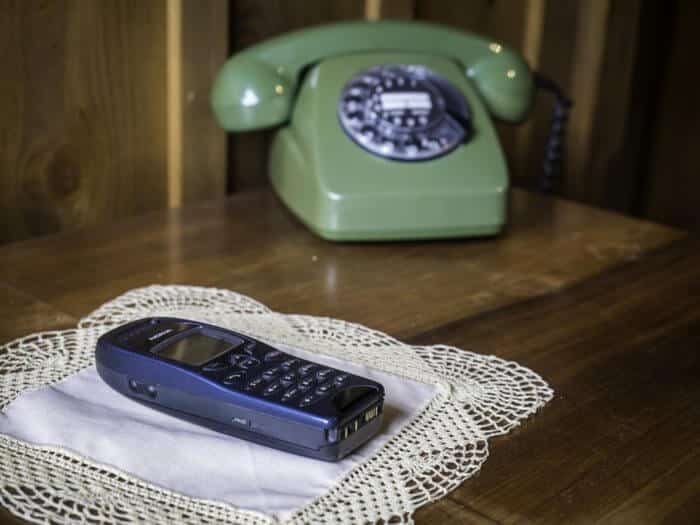 Is simplicity what you are looking for? Do you feel overwhelmed with constant notifications and reminders and temptations a smartphone brings along? But, of course, we all still need to be connected to others up to a certain degree.

So why not try using a basic phone? Its name is suggestive – it’s still a phone, but only with the basic features – calling, messaging, and alarm clocks.

No internet, no apps, no distractions! Well, perhaps except for that addictive 8-bit snake game that we all grew up with.

If you are familiar with the classic Nokia phone, then this one will feel like childhood memories, as it is an updated version. Even though it’s not the cheapest version of a so-called “candy bar phones”, it’s still a great buy because of what it offers. Amazing battery life, a full-color 2.4-inch display, plenty of storage, and even a headphone jack.

We’re still in the classic zone with the Nokia 105! And if you’re looking for a no internet connection phone, this is the one. You do get the classic games, an MP3 player, the usual torch and a great battery. But that’s about it. In the range of basic light-on-features phones, this is as good as they come (well, there’s still a touch screen involved)!

This device is pretty lightweight – both physically, with only 73 grams, but also feature-wise. It makes a great option for young children that can only use the phone to call their friends or their parents, or for more older people, that only want simplicity and a way to communicate with their loved ones.

This is another candy bar phone, perhaps one of the most basic ones, but with a unique design. It’s dust and water-resistant – in depths of up to 1m, for no longer than 30 minutes. It can also withstand drops on concrete from up to almost 2 meters. So if you have a child that has destroyed all of his or her previous phones, this is the one to try next!

There’s no internet connection, but there’s plenty of storage for your texts and photos taken with the basic camera of 2MP. You also get an SD card slot if you need more storage. Perhaps the main disadvantage of this device is its size and weights, as it can be a little bit bulky and heavy for someone with small and delicate hands.

If you only need to call and text your friends and loved ones – this might be the best phone for you. The Ushining phone is mainly oriented to people with sight deficiencies or seniors – the menus are simple and intuitive, and the keys are sturdy and durable. It can even be great for kids, it’s pretty hard to destroy this one.

The phone is only available in the Unlocked version, so it will not be compatible with Sprint, Verizon, or other popular providers. Also, the sim card is not included, you will have to buy your own, as well as a microSD card if you need more storage for your device.

If you’re addicted to texting – or just do it a lot, you should seriously consider having this phone. It comes with a full QUERTY keyboard that your fingers ca fly on. You can easily read messages on the 2.4-inch color display. However, this is a bit more than a basic phone – it has GPS, Bluetooth, external speakers, and 3G compatibility.

This phone is perfect for a young teenager that loves texting friends. It’s slim and fits into jeans’ pockets, it has an MP3 player and Bluetooth connectivity, as well as 3G compatibility. It’s great as a starter phone.

This phone is a bit unusual. The project was posted on Kickstarter, where it got its funding from, the Light Phone takes minimalism in phones to a whole new level. Starting from the design – the size of a credit card, no screen (!), a button and a slider on the side, a microphone, a charging port, and a speaker. Nothing more.

The only thing that this device can do is take and receive calls- not even texting can be done. If you press the power button, there will be illuminated numbers showing up – after dialing the number, press the triangle to dial or X to hang up. There is haptic feedback on the keys, which is a nice touch. With the Light Phone II, you can also text, but not much else is going on.

For a basic phone, this Nokia looks very funky. It used to be called the “banana phone”, and I think you can see why. You’re sure to attract attention with that slider and the convex spine – you can even have the phone it yellow, so it looks more like a banana! Even though it’s a bit silly, it’s not so stupid as many would think.

This banana phone could be called a smartphone that doesn’t have a touch screen. You get the basic apps, like Google Maps, Youtube, and even a mobile browser, so you can still be connected to the internet – if you want to. There’s even an app store, but it’s mostly for games. Nokia 8110 stands in the middle ground between basic phones and smartphones – which kind of makes us unclear as to what its purpose actually is.

What is a basic phone?

As the name suggests, it’s a phone that only has the basic features – calls, messages, and the alarm clock. And that 8-bit snake game that we all know, of course.

Why should I use a basic phone?

Best Basic Phones – Back to the Roots

Whether you want to be reminded of childhood, are in need of more simplicity, or just miss the feeling of pressing actual buttons in order to call someone, we’re sure that you will find something that suits your needs in the list we’ve shown you. If not, feel free to write your suggestions in the comments down below, so we can add them to the list!

So which basic phone was your favorite? Why? Let us know in the comments! 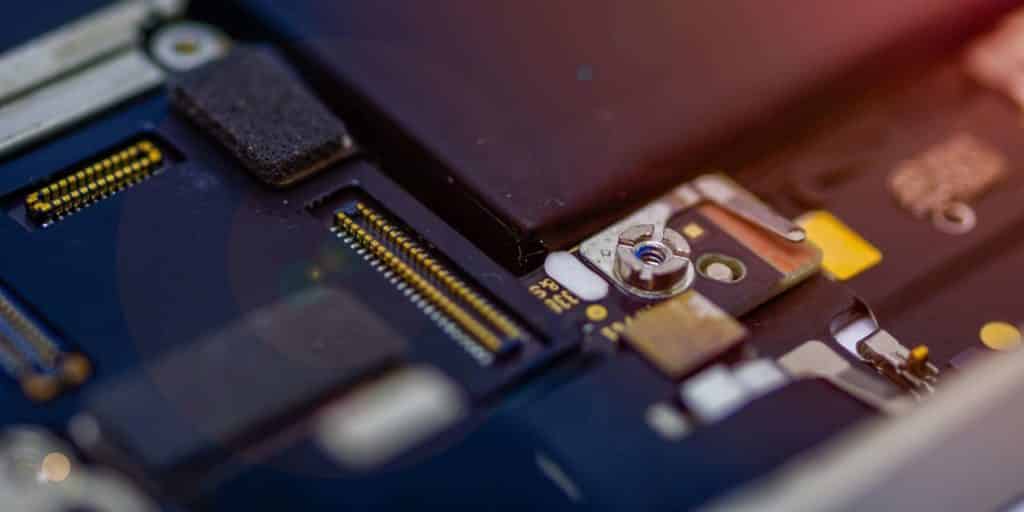 Is your phone so slow that you can’t even watch YouTube? Yeah, it happens. As your phone gets older, a lot more bloatware and unneeded… 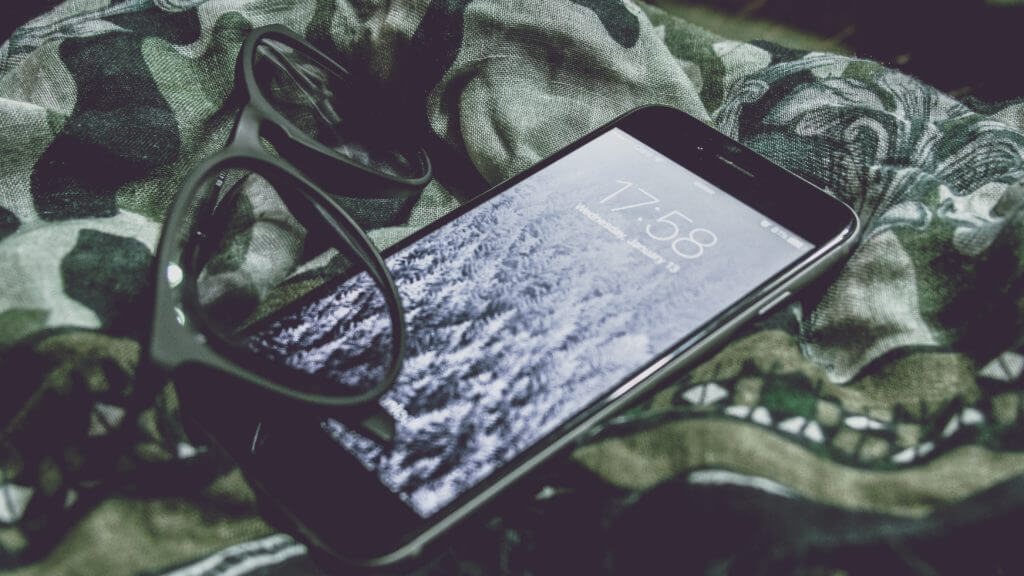 Phones have always been used as a medium of long distance communication, but have you ever thought or imagined back then that phones will become… 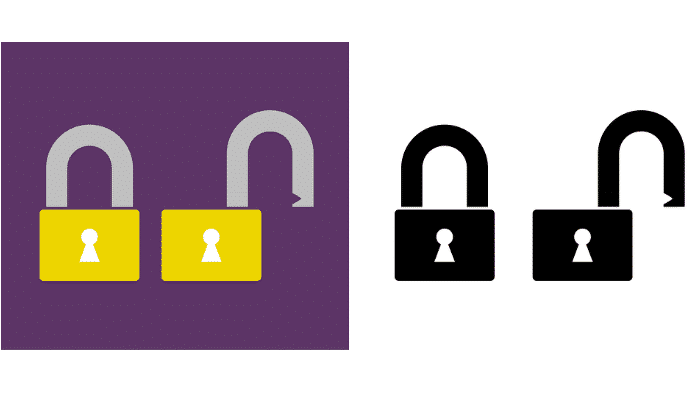 There are a lot of pop-ups, video ads, offending, and phishing sites lurking on the web so knowing how to block websites on your android…

The Samsung Galaxy S4 is currently one of the best Android smartphones in the world. It has loads of apps and all the features that…

Samsung’s Galaxy S5 has a fantastic HD display, but have you ever wondered how you can share this experience with your friends and family? If…