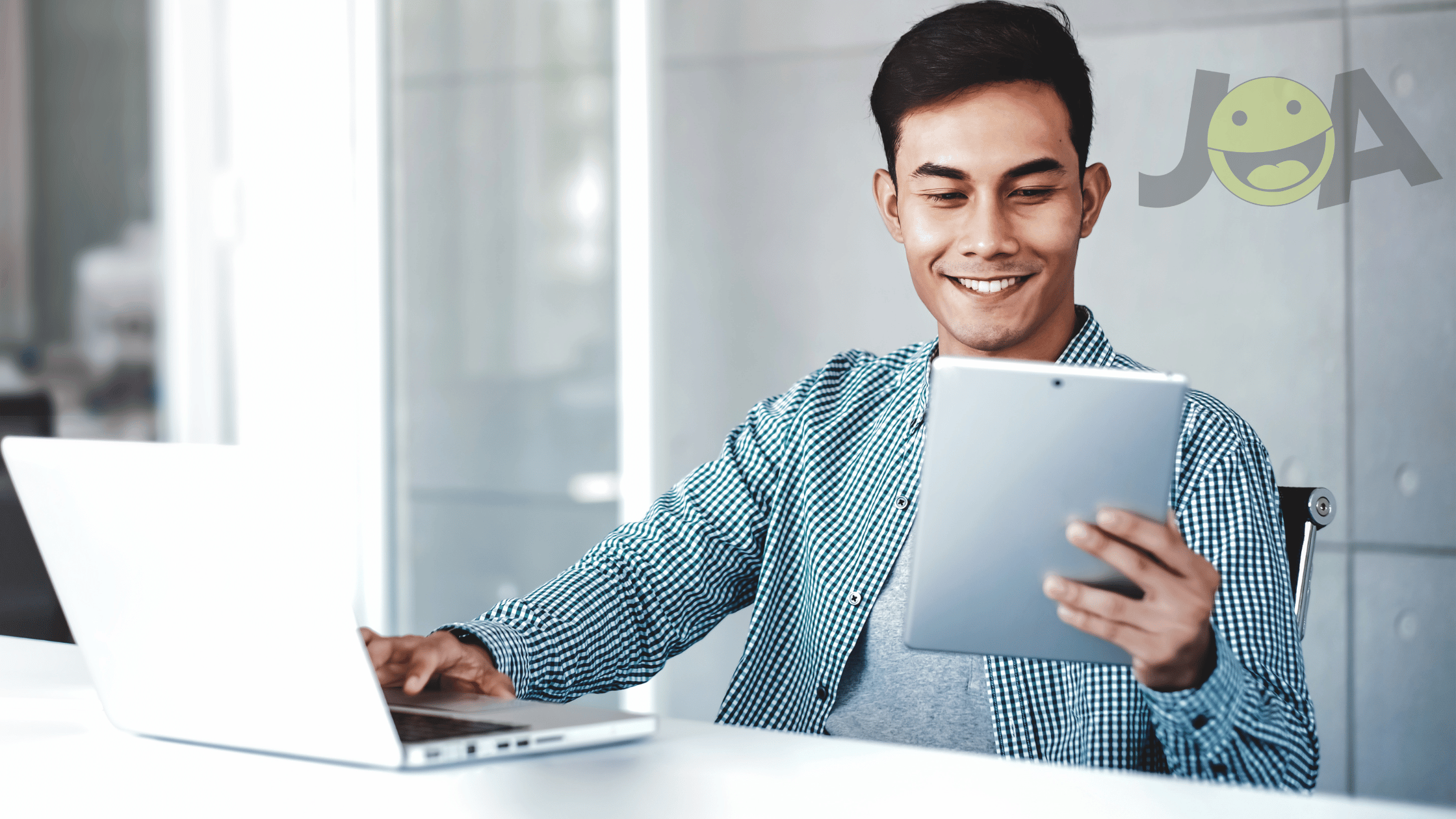 Using Android devices to replace your laptop makes things a whole lot easier. These devices are suitable for busy days and are lightweight enough to carry around while working or running errands. Who still needs to carry a 15-inch laptop while walking from office to office doing presentations? These Android devices have taken simplicity in technology to a whole new level.

Despite the many advantages of using Android devices to replace laptops, there are consumers who aren’t very welcoming to this idea. Some clients prefer using laptops because they have gotten used to the big screen. Older consumers, in particular, find it hard to adapt to this new fast and effective machine. It’s a no-brainer — when you have gotten used to doing something or performing the same routine, changing it will be difficult.

Advantages of a Tablet

However, we have narrowed down a few benefits of using Android devices to replace your laptops that might change your mind. The advantages listed below will give even the most laptop focused consumer the ultimate satisfaction with the finest technology.

Isn’t this what we all aspire to get in a device—being able to finish one task while preparing for the next? This is exactly what Android devices do for their users. Uploading a picture on Instagram while browsing your next potential outfit is completely doable with an Android device. When you are able to perform a lot of functions at the same time on your device, it also saves you time. It is a win-win situation for the user!

The Google Play Store contains many applications that are suitable for people of all ages. From different Bible versions and cookbook recipes to the latest games, social media, photo apps, and novels, Google Android has all of that and more. The easy application access plays a huge role for the Android users. The last thing you need is to be constantly struggling with opening or using an application that is downloaded or accessible to your device

Taking one away from other operating systems, Android tablets are relatively bigger in size. Although they don’t compare to the 15-inch size of an ordinary laptop, you could find tablets ranging from about 9 to 10 inches. The truth is that it is not the actual size that matters but the content and convenience that a device produces. At the end of the day, you are looking to purchase an Android device that is fast and suitable for your day-to-day activities.

The last thing we want is to have you spend all your savings or incentives on a device! Some people think Android devices are very costly, but if you do your research thoroughly, you will realize that the devices are not as pricey as the rest. No one else can match the ratio of cutting edge technology to cost that Android devices feature. Talk about earthly technological angels!

When you buy a device, you need to weigh your options. There needs to be some sense of comparability that is weighed that gives you a better idea of what you buying. Android devices have a range of different models that you can choose from. Having a selection of choices gives the buyers the freedom of going for something that is more suitable to their style and character.

Choice of Music and App Providers

Remember, this is not a marriage; it’s a mutual partnership that involves purchase and fulfillment. With Android devices, you are at absolute liberty to choose where you purchase your music and applications. There is no standardized software that users are compelled to utilize. Android aims to satisfy the customers and all their needs. One manner of satisfaction is giving the buyers free will to download and purchase music and games on any software of their choice.

Android Devices to Replace Your Laptop

Examples of Android devices include the following:

Although the above-mentioned devices are Android devices, not all of them can be used to replace your laptop. They can, however, be integrated with your other android devices to achieve customization and usability unparalleled by a laptop alone. For example, smartwatches can be connected to your smartphone so that you can receive calls and notifications from your watch instead of your phone. Witnessing technology at work in the palm of your hand has become a reality.

Now that you can see why android devices have an edge over a traditional laptop, check out this list of the best Android devices to ever hit the surface of the Earth!

The Samsung Galaxy Tab S3 has become everyone’s favorite. The Tab S3 is comprised of four speakers and has an advanced S Pen. The S Pen can be used for anything such as drawing a sketch or taking notes at school or in a meeting. The S Pen also saves you time that you would have spent typing on an ordinary laptop. With an internal storage of 32GB, there is also an additional external memory for a micro-SD slot. The Samsung Galaxy Tab S3’s body is made of glass. Sophistication and elegance is the name of the game where Samsung is concerned. They have certainly outdone themselves on this one!

Often confused for an iPad, the Asus ZenPad 3S 10 is anything but. The ZenPad 3S 10 may be similar in design, but it is definitely different when it comes to performance. This device is not pricey, and you would think it should be with the excellent 2K display and the outstanding battery life. Needless to say, it is still a classy device to own, and it is unquestionably on our top list of Android devices. So if looks are what you are going for, Asus ZenPad 3S is your best bet yet!

A search engine as big as Google has to have its very own tablet under its belt as well. The Google Pixel C is the epitome of versatility. A key component of this device is the software updates it contains. The software updates are not only effective but recent, which means all your applications will be updated with the recent software. You are certainly keeping up with the Google Pixel C when it comes to updates. Although it is a bit pricey, it is certainly worth the price tag, don’t you think?

Have you ever imagined a device that has its own integrated projector? The Lenovo Yoga Tab 3 Pro has been designed to let your imagination run wild. Not only does the Tab 3 Pro have its very own integrated projector, but the projector can enlighten the screen for a nocturnal viewing. This out-of-this-world specification has made consumers fall in love with the slightly heavy yet stand out device.

The Best Android Tablet for You

Now you know about a few of the best Android tablets on the market, but if you’re still struggling to figure out which one is best for your particular use, don’t worry. Next we’re going to talk about the best tablets for all sorts of activities to help you decide which Android tablet is best for you.

The Best Android Tablet for Watching a Movie

The Lenovo Yoga Tab 3 Pro has joined the Samsung Galaxy Tab S3 in terms of offering the best video experience when it comes to tablets. It comes as no surprise that this tablet has been ranked as one of the best. The Lenovo Yoga Tab 3 has a fitted projector, a more rapid processor, a bigger and sharper screen, and the best design. The rear kickstand makes watching videos a walk in the park!

Best Android Tablet for Editing Photos On the Go

Everybody is a sucker for a gorgeous selfie from time to time. We all sneak out of a boring meeting and take a picture just to get some of our numb goosebumps going. The Asus ZenPad S8 will do way more than you ask when it comes to taking and editing pictures on the go. For starters, the Asus ZenPad S8 has smart contrast enrichment. This enhancement examines and improves every single pixel in an image beforehand it is replicated. This feature, in addition, renders more features in the highlights and shadows to disclose the true magnificence in your images.

The last thing you should be worrying about is having your tablet stolen. Not only does worrying waste tons of time, but it’s literally depressing. The Samsung Galaxy S2 tablet is one of the rare Android tablets that offer a fingerprint scanner for security purposes. That sounds refreshing, right? That said, you have nothing to worry about because it is only your fingerprint that can open your tablet—yours and yours alone!

Frequently Asked Questions on Android Devices to Replace Your Laptop

Can I replace a laptop with a tablet?

Yes, you can replace a laptop with a tablet. Although laptops are still a common form of portable computer, tablets have always offered a more portable option.

Do tablets have Word and Excel?

Microsoft has two options for installing the Office suite on Android: either the new integrated Office app or standalone Word, Excel, PowerPoint, and OneNote apps. Any Android tablet with a screen smaller than 10.1 inches can use Microsoft Office for free.

Now, most Android tablets and devices don’t come cheap. Tablets are filled with many interesting features that must have been quite expensive to make. That said, if you are looking for an Android tablet that is the best you can buy, the Samsung Galaxy Tab S3 is it. Although the tablet is slightly expensive compared to other Android tablets, the S Pen can do pretty cool things that will make you not regret a cent you spent. The S Pen features system-wide script recognition and rapid screen captures. The S Pen also never needs to be recharged, which saves you plenty of time.

Although every tablet or device may have some downfalls, they certainly don’t outweigh the good.

Our job is done here. We have narrowed down the best Android devices we think are compatible and suitable for day-to-day affairs. Now, the decision rests with you (and your budget, of course). We have given you an insightful glimpse of all these Android devices. All you have to do is choose a tablet that is convenient for you, your lifestyle, and your profession or educational career. Whatever device you go for, we are sure that you will be a happy and satisfied customer. 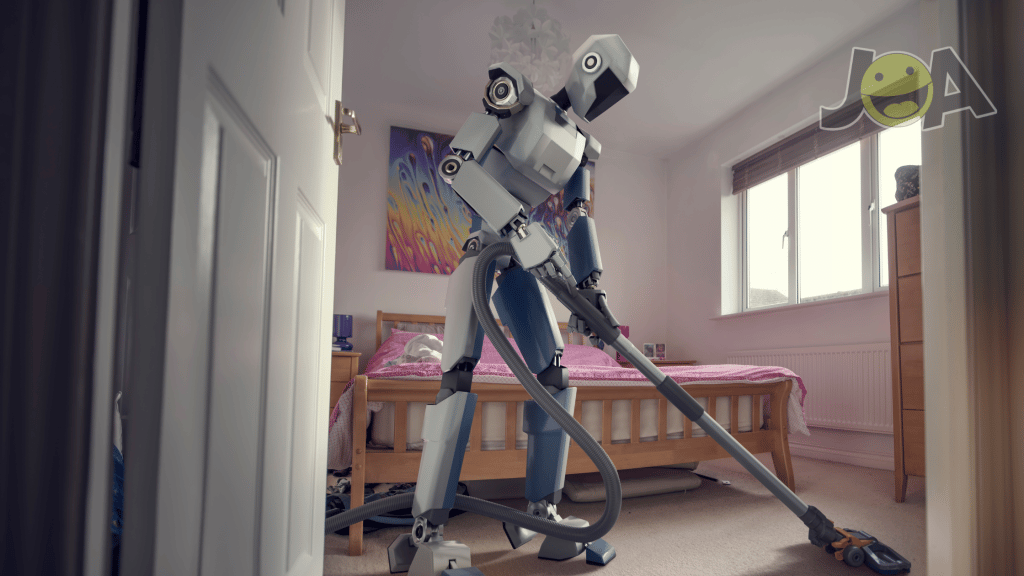 If you have been using the Android OS for a long time, then I’m sure you’re one of those people who start looking for accessories… 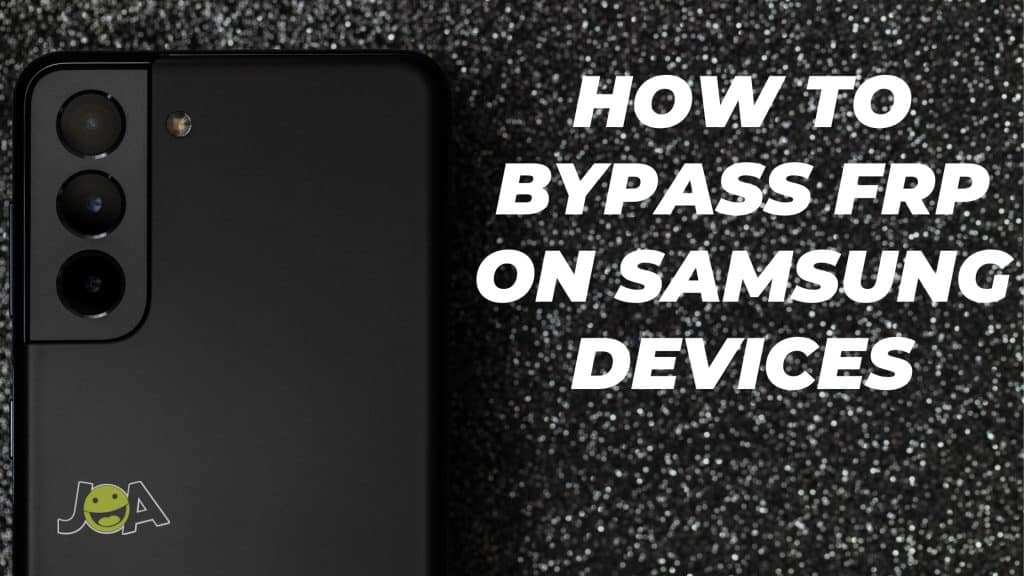 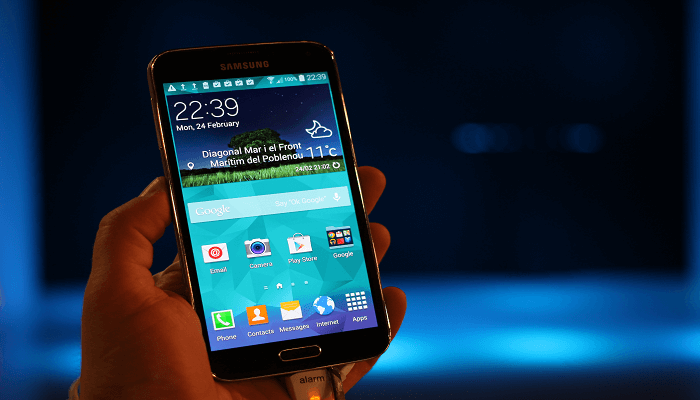 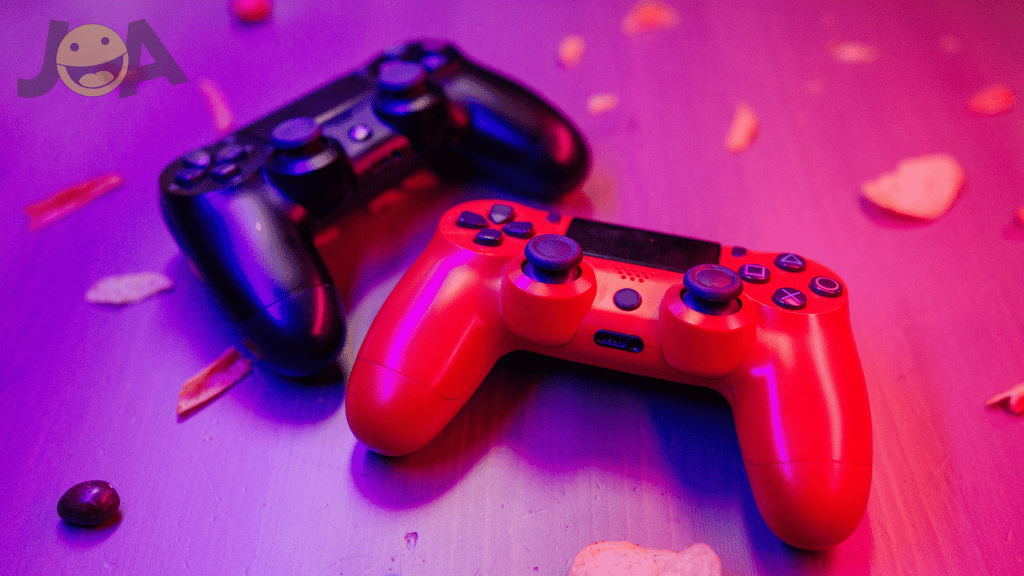 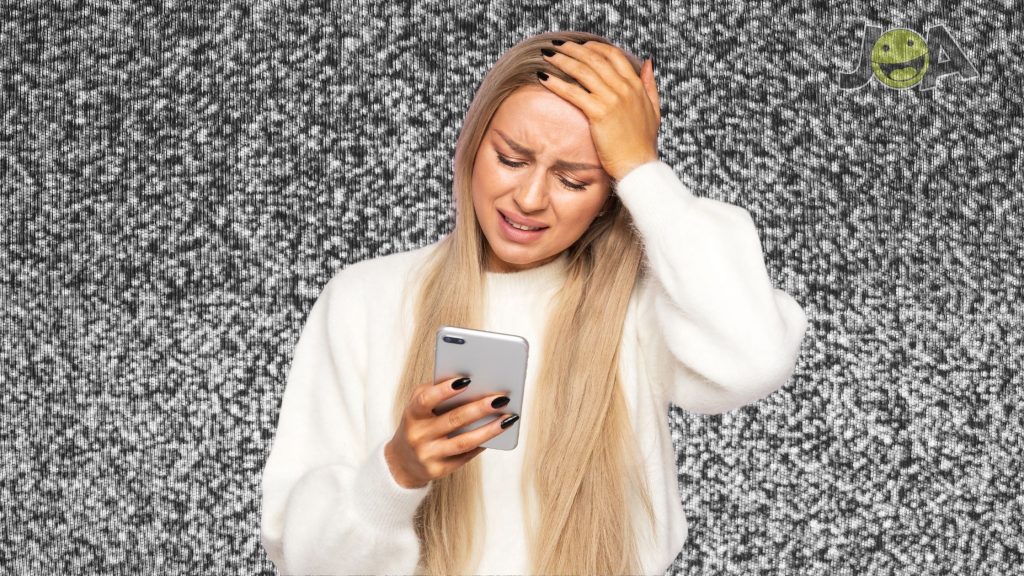