Who still watches TV in this day and age? Do you?

Many of us still do. But instead of sticking to traditional ways of viewing or watching TV, we’ve now shifted to streaming services. And when it comes to streaming services, the 2 key players are Apple and Android. In this Apple TV vs Android TV article, we’ll look into the features, services, pricing, advantages, and disadvantages of each to see which of the 2 is best for you.

Our notion of television is simply to watch our favorite shows by subscribing to cable providers.

There’s so much we can do with smart TVs, as well as with streaming video players such as Android TV box. This is especially true if we use Apple TV or Android TV. We’re past the point where we only use our TVs to watch TV shows or movies. Now…we can Netflix and chill, stream Youtube videos, and do so much more.

What is Apple TV and Android TV?

These are basically an operating system and a smart entertainment platform for TVs. They let you stream content (photos, videos, movies, games, and more) on your smart TV.

Both are equally great. No doubt about that.

However, as to which of the 2 is better, we’ll find out…

While many of you might have already heard of Apple TV and Android, for the benefit of those who haven’t, we’ve prepared an overview of what they are, what they do, and how they work. 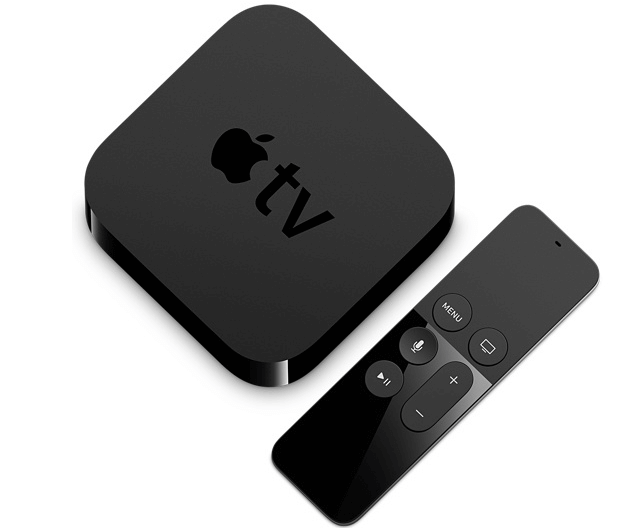 Apple TV is both a digital media player platform and a streaming box wrapped into one. This small device lets you stream content to your television: videos, movies, games, photos, music, and whatnot. It has support for apps like Youtube, Netflix, and a host of broadcast television apps.

The device is HDMI-complaint and has to be connected to a widescreen TV or other video display. It comes with a Siri Remote, which has infrared and Bluetooth capability. The remote sports a minimalist design and is comfy and just feels right in anyone’s grip. It can also be controlled using an Apple Remote, the Apple Remote app, compatible third-party game controllers, as well as infrared remotes.

Later models have built-in Siri. This means that you can use voice commands to control your television. 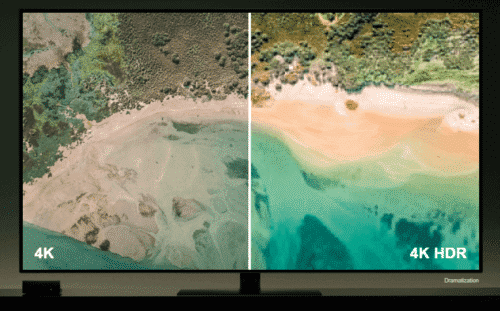 The Apple TV runs pre-installed software apps. For models that run in tvOS, it also runs apps downloaded from the tvOS App Store. With its Wi-Fi capability, you can also receive content directly from the iTunes Store, through AirPlay, or via Windows PC  or Mac computers that run iTunes.

As of this writing, the Apple TV models that have been released are as follows: 1st gen, 2nd gen, 3rd gen, 4th gen (HD), and 5th gen (4K). Apple TV plus was also recently launched. 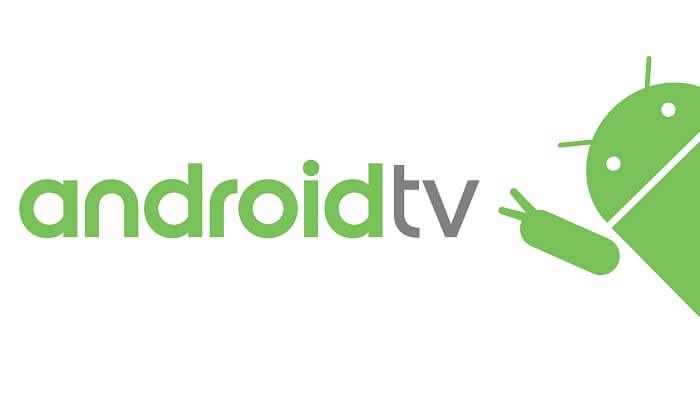 Android TV is an operating system that connects to your TV to create an interactive television experience. While you can use a remote, it also offers voice controls. Now, it comes with a built-in Google Assistant. All you have to say is “Ok Google” to command your TV and start streaming what you want.

This Android OS is not only designed for television. It also works for soundbars, set-up boxes, and digital media players.

Google first unveiled the Nexus Player in 2014 as the banner of Android TV. It allows access to apps and games, and it comes with a Bluetooth remote that has a built-in microphone for voice control. However, more TVs with Android TV OS have been released since then. To name a few, these brands released TVs with built-in Android TV: Sony, Sharp, Hisense, TCL, RCA, and more. 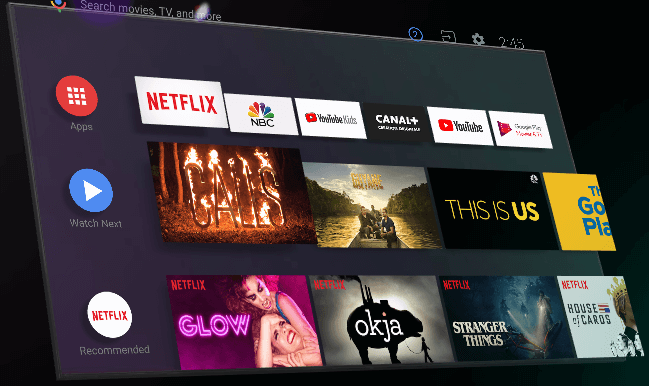 Entertainment tailored for you

It features a home screen that uses a row-based and vertical scrolling interface. Its “content discovery” area and “Watch Now” rows are just some of the features you’ll see from the home screen. Android TV supports Google Assistant and voice-input for commands across multiple services. Additionally, it supports Google Cast and media apps and games from the Play Store.

Here is the pricing for the 2 of the most recent Apple TV: the HD and 4K versions.

Unlike in Apple TV, the pricing for Android TV varies, depending on the model or what television you’re using. This is because Android TV is built-in in some partner televisions like Sony, Sharp, TLC, Hisense, and others.

The same goes for Android TV boxes. Pricing varies depending on the model. Generic models are usually cheaper.

In this section, we’ll make comparisons in terms of design and interface, and decide which of the 2 is more user-friendly. Read on…

Apple is known for its innovative and signature design. The company surely knows how to design its products. One look and you’ll know it’s an Apple product. So it does not come as a surprise if Apple TV is well-designed.

And it’s not only for aesthetics. Apple TV’s design is intuitive and is meant to be user-friendly. As with other Apple products, there’s a correlation between design and function. The external design features everything that one would expect from an Apple product. It’s not only appealing to the eye, but it’s built to be fast and responsive.

Before, Android is way behind Apple when it comes to design. But those days are gone. Android has upped its game in the field of design. Design-wise, Android TV is getting more and more innovative and eye-catching.

However, unlike Apple, Android is yet to establish its signature style. Each Android TV model comes with different external features. However, the internal is mostly the same. Its interface has a card-based content lists, each separated by category or type (games, apps, recommendations, and others).

While the 2 are quite close to this one, Apple TV is more user-friendly and easier to navigate.

Both Apple TV and Android TV make use of the rows of icons to showcase the apps and content. However, Apple TV looks more polished and elegant. Android TV tends to look rougher on edges. 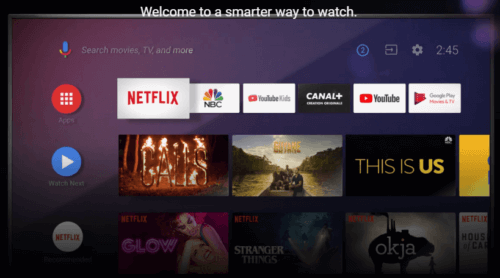 Android TV features certain apps like Spotify, Youtube, Plex, Twitch, and others right on the home screen. For instance, you’ll get a daily playlist from your Spotify account or get recommendations from Youtube. Down the home screen are the apps, then comes the TV inputs, and at the bottom are the settings.

Again, Apple TV looks cleaner. The home screen isn’t too crowded. Instead, you’ll get previews of what’s “up next.” Such previews are not available on Android TV. The downside is that Apple TV, as expected, would tend to prioritize Apple services and apps. This isn’t a problem if you’ve invested in the Apple ecosystem. 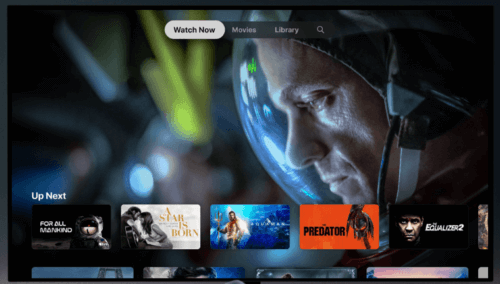 Apple TV makes use of 2 interfaces. The main TV app contains videos, movies and other installed apps, while the other interface contains the rows of apps and content that isn’t video. These are apps, photos, music, and games that aren’t tied to Apple. Necessarily, Apple TV would tend to suggest that you use the main TV app because all the Apple-tied services are there.

As with searching, both allow you to search by typing or using voice command. Android has Google Assistant, while Apple has Siri. Of the 2 voice assistants, Google Assistant is the smarter app.

Both generate results across various apps.  You’ll easily get matches when you search for movies, shows, artists, actors, and others.

However, Android TV gives you more results across a wider variety of apps. Many suggestions appear that don’t normally surface when you’re using Apple TV.

In terms of design, Apple TV is the winner. It’s got a more polished, neat, and elegant interface. However, in terms of search results, flexibility, and customization, it’s a win for Android TV.

There are quite a number of apps that appear on both platforms. These apps include YouTube, Plex, Hulu, HBO, Showtime, Disney+, Tidal, Spotify, VLC, and Netflix, among others. 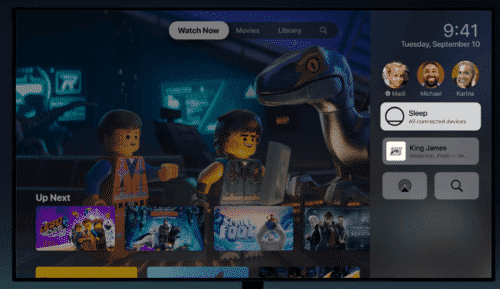 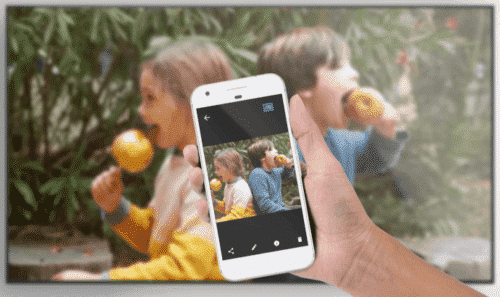 On the other hand, you can’t also use Google Play Movies & TV on your Apple TV. The only workaround is to get the purchased movies and TV shows through the YouTube app and play from there.

Apple TV, as expected from Apple, is kind of exclusive. You can beam video and audio through AirPlay from compatible devices like Macs, iPads, and iPhones. However, you won’t be able to cast content from Android devices.

Unlike Apple TV, Android TV is way more flexible when it comes to casting content. This is because every Android TV is equipped with Chromecast. This means that you can cast video and audio from a wider selection of apps, including Apple Music.  You can cast from any device, including Chromebooks, macOS, and Windows. 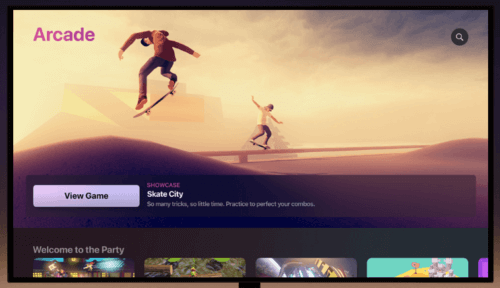 Apple TV ‘s strongest gaming feature is its Apple Arcade. It has a wide selection of games, which include major titles that aren’t available on Google. But Apple TV is only leading when you’re using Smart TVs with built-in Android TV.

A wide selection of games in Android TV

Like most Apple products, Apple TV is incredibly user-friendly, and it could be a useful addition if you’ve bought into Apple’s ecosystem. It’s an attractive piece of kit, and you won’t find many issues during use.

If you want more choice, it’s probably better to go with Android TV because of the wide variety of models on offer.

Which Apple TV should I buy?

The Apple TV 4K (32GB) seems to be the more practical choice among the various Apple TV versions.

No, they aren’t free. While there’s a free trial, you’ll need to pay a subscription once the trial expires. It could cost around $5 a month.

What Android TV box to buy?

It depends on your preference, really. But the top 3 Android TV boxes that you should consider are as follows: NVIDIA Shield TV, Roku Ultra, and Amazon Fire TV Stick 4K.

Will Android TV work with iPhone?

Yes, it will. You can cast or mirror content from your iPhone to your Android TV via Chromecast. There’s also an Android TV app for iOS.

Which is Better: Apple TV or Android TV?

As Apple and Google continue to encroach on each other’s space, is there really any point in moving from one platform to another?

Apple was the first to release its streaming service way back in 2007, but they’ve been overtaken by the sheer volume of competitors on the market. From game consoles to televisions themselves, there’re so many ways to get apps on your TV.

So which is better?

It depends really. If you’re using Apple products and services, then the wiser choice is to use Apple TV, as the app tends to navigate towards Apple services or apps tied to the brand.

However, if you’re a dedicated Android user and if you’re looking for more choices and customization options, something more flexible, then the obvious move is to get Android TV.

Ultimately, as to which of the 2 is the better fit will boil down to your personal preference. And whichever of the 2 you choose; rest assured that you’ll get great, high-end features and services. Both offer extensive format support and great integration with either Apple or Google ecosystems.

So what’s our verdict? Just stick to the platform you’ve already invested so much in.

What’s your opinion of your TV streaming service, and which would you pick of the two? Let us know in the comments below.