There is nothing like good old fashioned puzzles to tease your brain. There is something rewarding about solving an excruciating puzzle. The feeling of accomplishment makes your day bright.

Let’s check out the top games to dust off the cobwebs in your noggin.

Note: All 10 best Android puzzle games were tested on a Samsung Galaxy S3 running on Android 4.2 Jelly Bean. All of them performed up to the mark and there were no issues faced. Internet access was not necessary while playing these games.

1. Dots: A Game about Connecting – Free 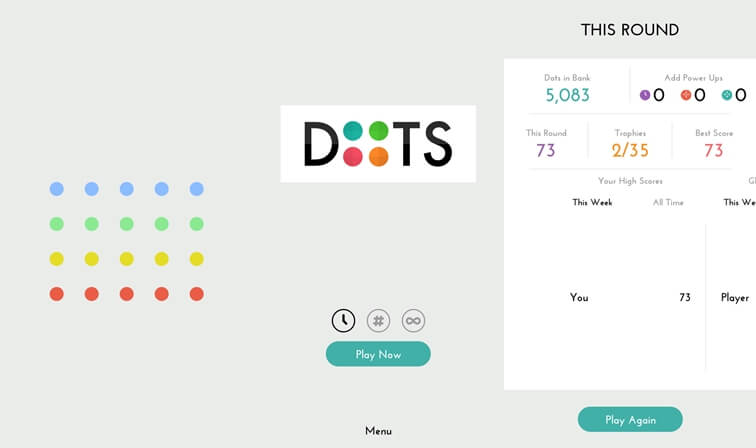 Dots is a game about connecting. You connect dots of the same color and they disappear from the screen. There is nothing complicated about the game concept but the puzzles get harder as the game progresses. Most of the best android puzzle games feature simple concepts with increasingly complex puzzles, Dots falls into that category. The art style of the game is minimalistic which presents a pristine and clean feel about the game.

Notable Feature: There are two modes available in Dots. One is a timed one and the other is a limited move one. Both of them challenge you in different ways. 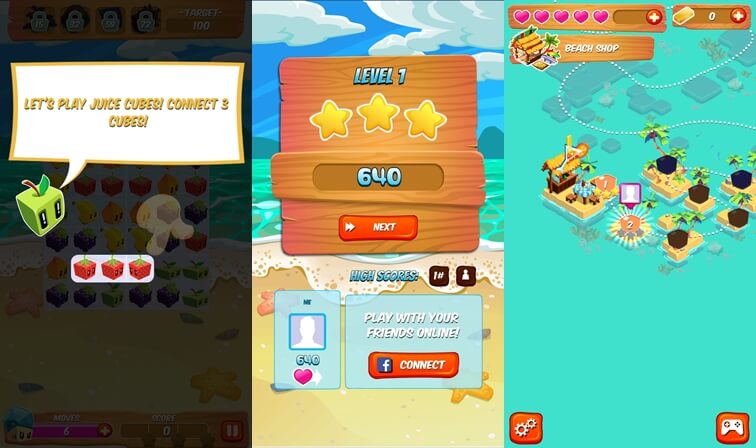 Juice Cubes has funny fruits which needs dicing. You draw lines to connect matching fruits with each other and they get cut from the puzzle board. There are numerous objectives for you to complete in each stage which further add to the game’s appeal. Matching bananas with bananas and oranges with oranges is quite satisfying. Match more than three and you will get a juicy bomb to explode. Match two bombs together and you will net a board clearing explosion. While the game is free, there are a limited number of games you can play in a while. You can of course purchase more tries with money but that is not necessary.

Notable Feature: Juice Cubes is one of the most colorful games in the 10 best android puzzle games list. The graphics are suitable for kids and will attract them to the game. 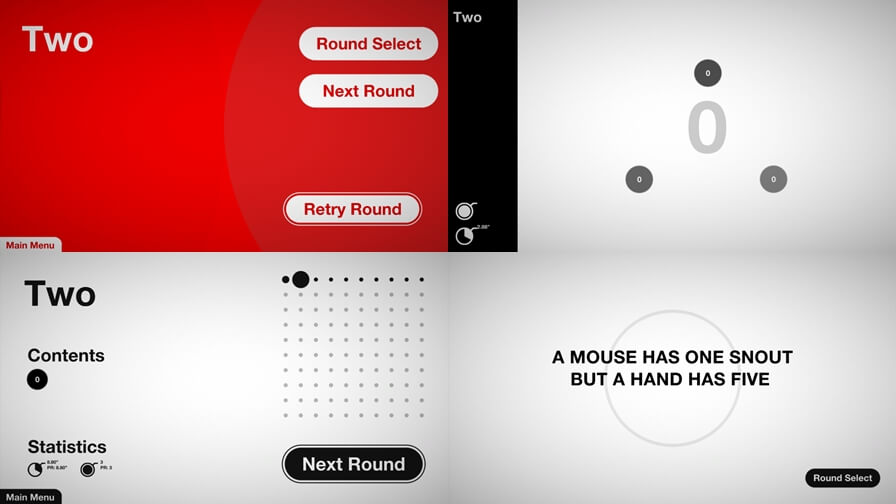 Hundreds is probably the most unique game in the 10 best android puzzle games list. There are balls with 0 written on them, let’s call it their value. When you touch the circles, their value increases. The aim of Hundreds is to reach “100” value within each stage. If there is one ball, you only need to increase its value to hundred. If there is more than one, the choice is yours. But the real fun starts when the balls/circles are in motion, as the game ends when the balls collide with each other. This game values strategy and presence of mind, and you will need both to succeed.

Notable Feature: Hundreds has a very simple design and concept which instantly clicks with everyone. There is not even a tutorial in the game to teach you the basics. The game is that simple. 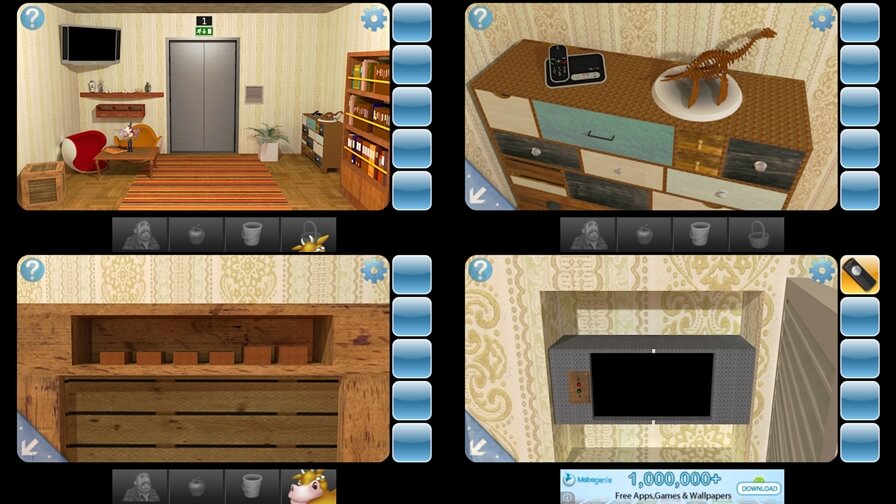 Can you really escape?

You are stuck in a room and you need to get out, this is premise of Can You Escape 2. The room may sound a little bleak but to be honest every room featured in the game is surprisingly bright. There is furniture, electronics and eatables readily available in the room and we see no reason why you would want to escape. Anyways you will need to solve a number of clever puzzles in order to figure out a way out from the enclosed space. You will need to do detective work, have a keen eye and solve numerous memory puzzles to escape.

Notable Feature: While the game is fundamentally in 2D, the design seems to be all in 3D. We suppose the game was rendered in 3D first but then pictures were taken to reduce size. Regardless of that, the game looks quite beautiful. 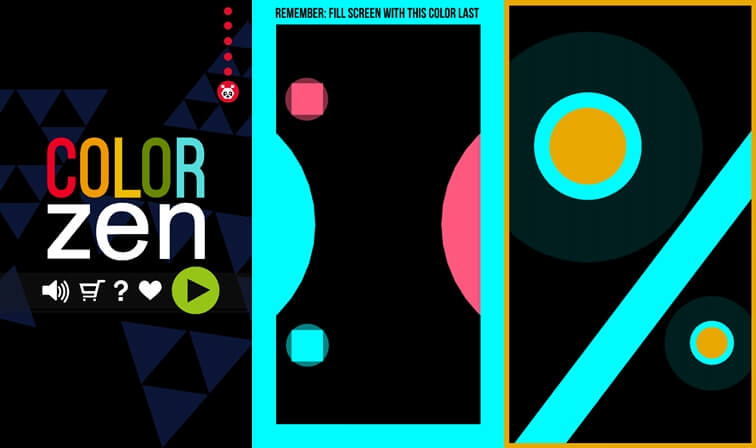 The explosion of color

Color Zen is a perfect example of how a game should be deigned. One of the quirkiest games on the 10 best android puzzle games, Color Zen blends puzzles with exciting gameplay. The game tasks you with matching colors which result in changing the background. For example if you push a blue circle into the same colored piece, the background will turn blue. The aim of the game is to make the whole screen of the same color.

Notable Feature: The game has some of the best designed levels we have encountered. If you need cool vector wallpaper for your smartphone, grab a screenshot from the game. 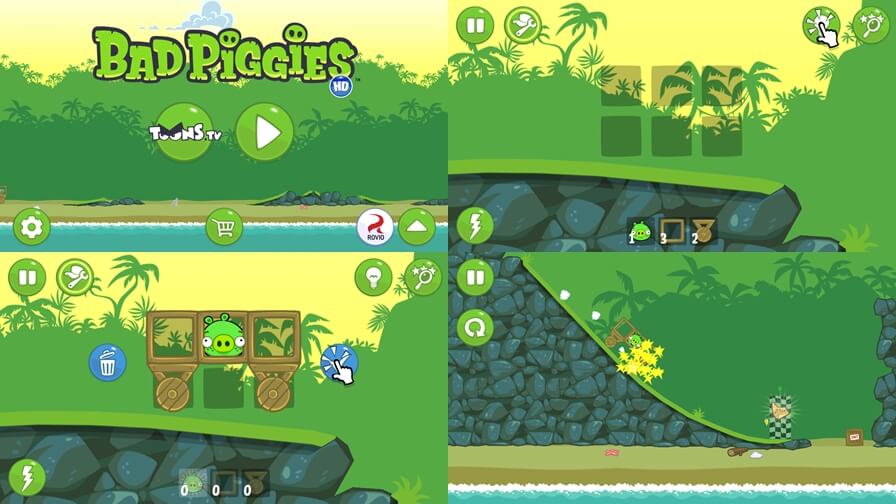 From the developers who bought you Angry Birds and Amazing Alex comes Bad Piggies. This is a physics based puzzle game which tasks you with making a makeshift vehicle for bad piggies. The piggies are after a treasure and need to go from point A to B catching the treasure map in each level. You are given tools to make a vehicle of sorts which will use various means of propulsion. You will need that physics book if you want to come on top. 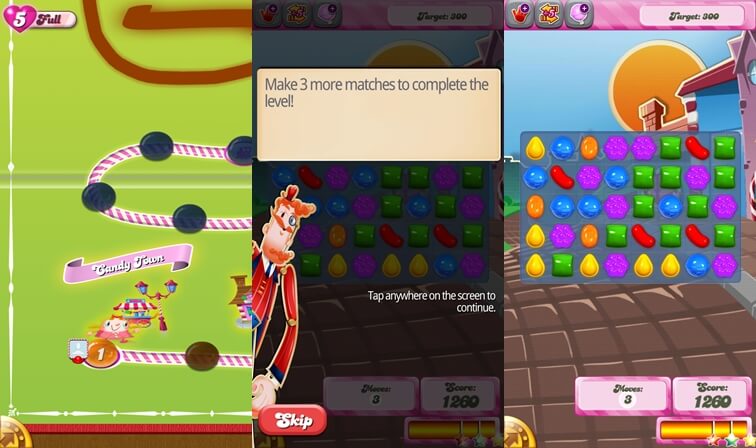 This is sugary delight of a game is as addictive as they come. You will be sucked in to the candy world of Candy Crush Sage in an instant. Although the idea is blatantly stolen from many other games in the “swap a block” category, the game implements them very well. The overall package of Candy Crush Saga is not only fun to play but also highly addictive. You need to pair three or more same color candies to make them go away and you have limited moves to achieve that.

Notable Feature: All of your friends might already be playing this free android puzzle game. You should also take the plunge and see what this game is all about. 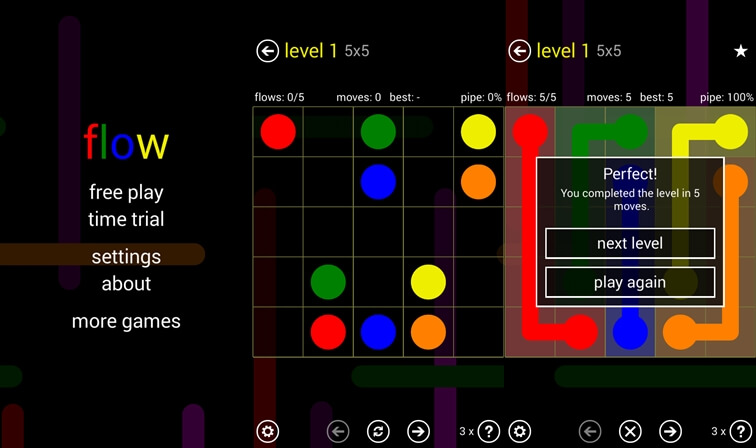 Lets the flow be free

Flow Free as the name suggests is a free android puzzle game. There are two same colored dots in any given level and all you need to do is attach them together. The gird will also have multiple colored dots which will need connection. You have to figure out a way to connect them without intersecting the other colored connections. The game may sound simple, but it gets increasingly complex as you progress through the levels.

Notable Feature: Flow Free features over 1000 free puzzles. This is the most number of free levels we have seen in the 10 best android puzzle games list. 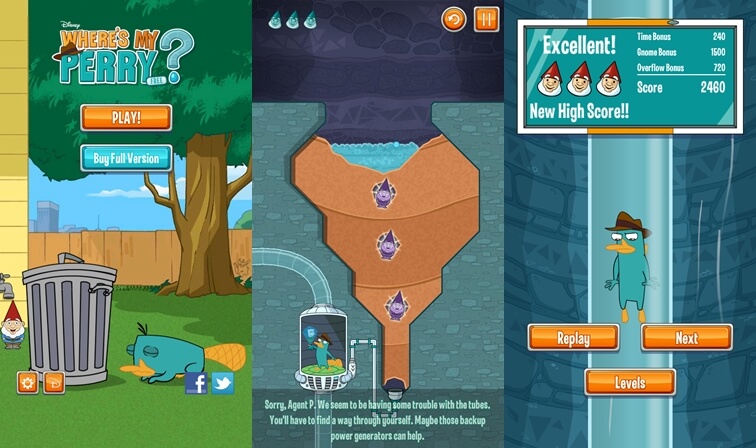 Seriously where is he?

Where’s My Perry is all about digging through earth and making way for the water. The game is essential Where is My Water but with Perry from Phineas and Ferb added in. You will need to save the world by digging though the dirt and making path for the water to reach the reactor of some sort. The water will power the generator which will in turn move the transportation tube in which the platypus is stuck.

Notable Feature: Digging though earth is always fun and watching the water flow is relaxing and soothing for some reason. 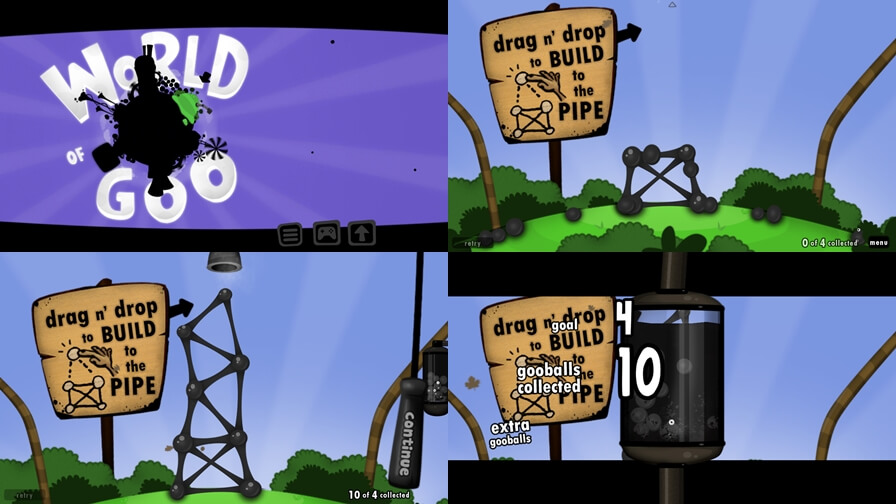 World of Goo is unique, fun and innovative. It originated on PC as an Indie title and since then it has been released on various platforms including Android. The game won numerous awards for its design, gameplay and graphics. It is a physics based puzzler in which you have to attach balls of goo to make a structure. The structure should feed the goo into a vacuum tube for you to succeed in the game. The more goo you feed to the tank, the better you will score. While this may seem like a simple task, wait till you have to make complex bridges of goo to make it to the vacuum tube.

Notable Feature: World of Goo makes playing with gooey things amazing. You will instantly fall in love with the cute goo balls and the sounds they make. The game oozes with quality, pun intended.

The 10 best android puzzle games cover a wide range of puzzles. From point and click to physics based and from block swappers to hidden objects, almost all types of puzzles are included in this extensive list. We deliberately left jigsaw puzzles from the list because they are not suited well to the touchscreen of today’s devices. The feeling and essence of solving jigsaw puzzles is absent in virtual form and we only include top-notch titles. If you have any questions or quires about the best android puzzle games, feel free to ask in the comments below. If you are stuck on a particularly hard level and need assistance, we will love you help you.

If you just can’t get enough gaming, check out our lists of strategy and RPG games. Let us know if you have any questions in the comments section and get to installing these great games, these candies are not getting crushed by themselves. 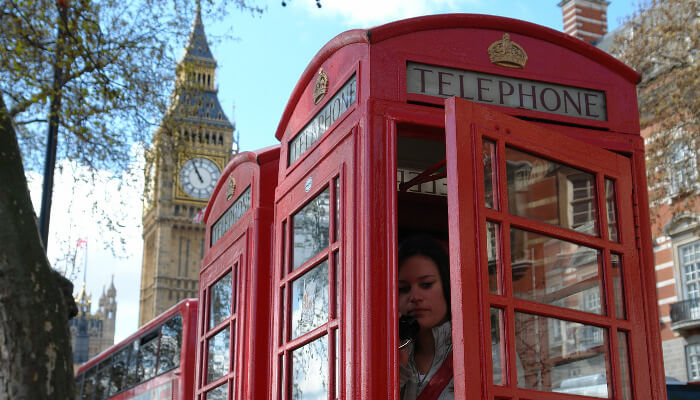 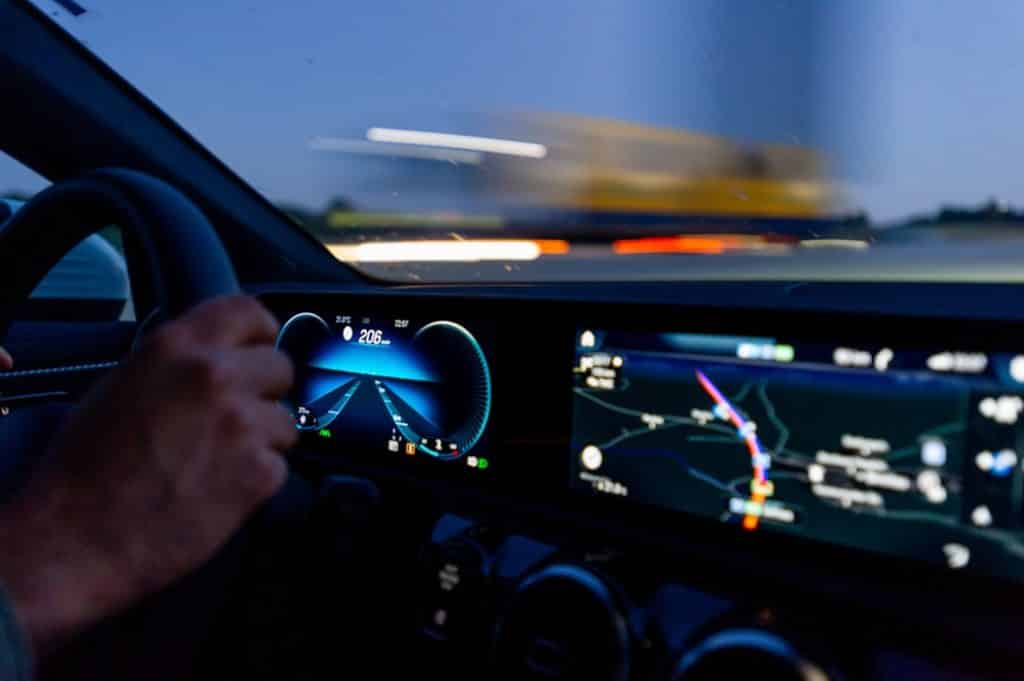 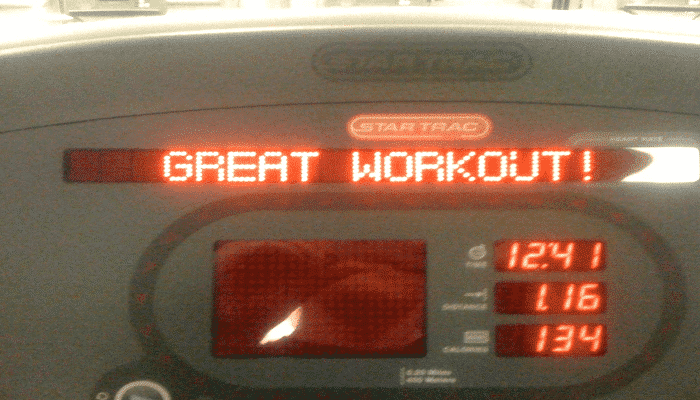 Keeping your body healthy day in and day out is extremely difficult. It’s hard enough to remember how much water to drink per day, but… 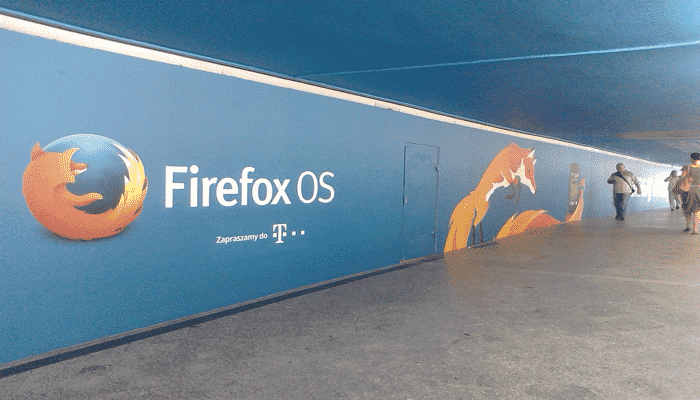