I remember those leisurely summer vacations, me and my pals used to play Dual Masters in parks. Those were the good old days of fun and games.

Come to think of it, we still play card games for Android all the time. We just don’t have time to go to the parks anymore. With this great list of amazing card games on Android, you will be able to join in the fun too.

This list will carry the best of the best card games available on the Android platform. I recently became addicted to Hearthstone from Blizzard.

These are the same guys who made the incredibly addictive World of Warcraft and Diablo series of video games. Naturally Hearthstone was of equally amazing quality. Now this list will combine the greatest trading card games for Android with the traditional card games on Android.

Note: The greatest card games for Android were tested on a Samsung Galaxy Note III Smartphone with a 4G internet connection. Some apps will require an active internet connection to work properly. The apps performed well during the testing phase.

I’m by no means an expert in the card games listed here; I only played them for 20 minutes each. 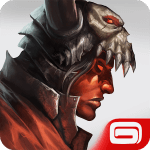 By now you must peg me as a Gameloft fanboy. It is true to some extent, and I just can’t help it. The company makes some awesome games, especially the racing ones. Order & Chaos Duels is no exception.

The game has great looking graphics that oozes with quality. I love how the cards are presented and how detailed the artwork is.

To be honest, I find myself replicating the beautiful cards on my Galaxy Note III quite often. There are nearly 300 stunning looking cards to collect. The duels are fast and approachable. 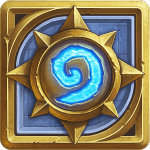 Hearthstone is the new kid in town but has the marketing power of Blizzard behind it. The game is deceptively simple yet becomes insanely addictive in a short time.

If you have played any of the previous Blizzard games or even dabbled into DOTA 2 on PC, you will be able to recognize some of the cards here. You will be able to jump right in and choose from hundreds of cards. It’s a game you should experience first, regardless of what I say (I say do it). 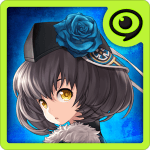 If you are an anime fan and need a cool card game for Android, get this great app. The app took a large chunk of time just to update, which made me sad. But when the game was finally running, I forgot about the wait and started to enjoy.

Although there is more “Fan-Service” in the game than I would like, some people do love it. One of the best things about the game is that you can combine guardians to make powerful versions. 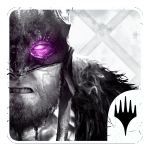 Magic 2015 is one of the best card games of this day and age. It has a remarkable history and the game itself is amazing too. If you value hardcore card playing, then this game will be the best for you.

However, if you don’t like overly dramatic visuals which only delay the combat, Magic 2015 will make you fall in love.

One great thing about the game is that it is deep, deeper than most games on the list. Thankfully there is an elaborate tutorial for you to learn every aspect of the game. 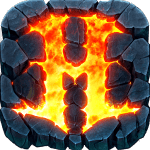 This trading card game for Android is perhaps the most popular one on the Google Play Store. The app has a very clean interface, and it boasts a no interruption gameplay design.

The cards come in four factions, and only one of them is instantly recognizable. The rest are variations of fantasy races we have already seen in other games. This makes the game a little bit distinguishable from the rest.

The detailed cards make the game all the more enjoyable and help you recognize your favorites in one glance. The game also offers a slew of completive online features so you can test your cards in real battle. 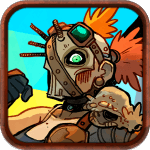 Urban Rivals is a unique Android trading card game, not because of its gameplay, but its theme. While almost every other card game we have on this list follows a fantasy route, this game chooses to do something different.

This card game does feature some fantasy elements but is grounded in street thug reality. Don’t get me wrong, there are mutants and hulks in the game too, but most of them are not dragon-slaying knights.

The game also comes with an impressive roster of more than 1000 cards. 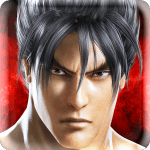 When Namco first announced that Tekken was coming to Android, I got excited. But when I heard it would be a trading card game on Android, I was disappointed.

Nonetheless, I gave the game a go because I’m a huge Tekken fan. The game features all the iconic characters we have come to love from the original arcade game. From Jin to Kazuya, all are here to fight for you.

So instead of characters which are obviously limited, the game cleverly made cards from their moves. The best part is, the moves are all iconic and instantly recognizable by the fans. 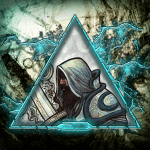 This game comes with some seriously old school graphics. I remember playing this kind of game on my PC back in the day. Ascension comes with dual faction heroes and the ability to combine them with bigger effects.

There are also 14 transforming heroes. You will appreciate them once you get into the game.

I don’t recommend that you play the game on a small screen smartphone though. It is more suited to the large screen of tablets.

There are also online modes to challenge friends is you so feel inclined. 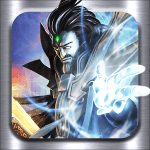 Shadow Era has some of the most beautiful artwork I have seen on a card game. Each of the card comes with amazing looking characters that are just great to look at.

There are more than 550 cards divided into 3 sets. The developers are aiming to add more cards in future updates. One of the best things about the game is the 3D graphics and effects. These make the game

One of the best things about the game is the 3D graphics and effects. These make the game stand out more and make the action feel alive.

The game also has a custom soundtrack which is extremely catchy. You can also play with people using an iOS. 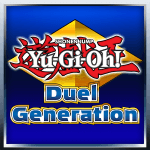 This game is popular among the anime watching fans. The anime of the game gained popularity and has been a hit for some time. The game, however, can use some work.

Although it is one of the few collectable card games for Android which support multiple languages, the game still needs to improve. For one, the cards displayed are way too small to see on a smartphone.

Secondly the distinctly Japanese style of interface might not bode well with western audiences. However, the gameplay is pretty solid and entertaining.

These were a few of the card games that are trending right now. If you are a new comer into the card gaming world of Android, I suggest you start from Hearthstone. That game is readily available and extremely additive.

If you are looking for more card games, I suggest you check out our free card games for Android list. We also have a great poker app list, if you have a risky itch to scratch. We will be updating and added more apps to this list as time goes on.

Which card games did we miss? Drop us a link in the comments, so we can check it out and add it to the list. 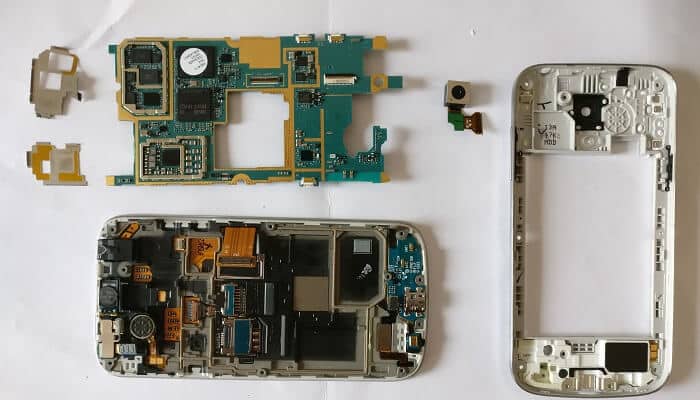 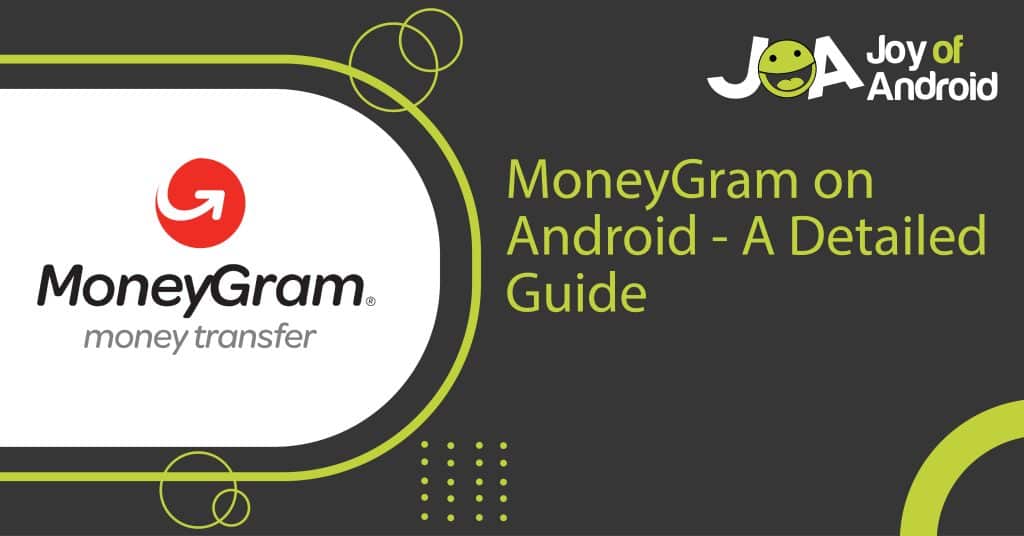 The MoneyGram MobilePass was launched as a pilot program in 3,000 agent locations in 2016. It made it easier for customers to send money online…. 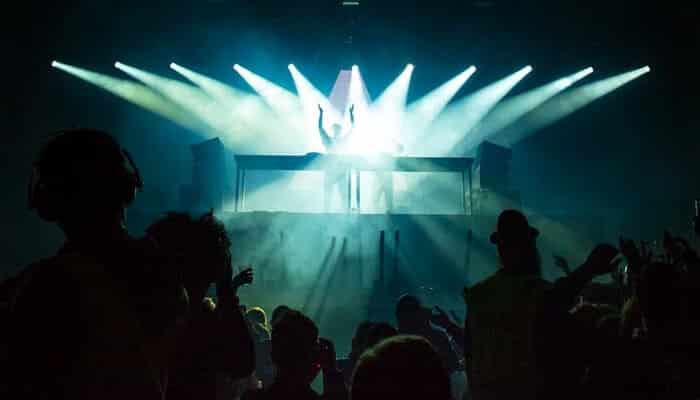 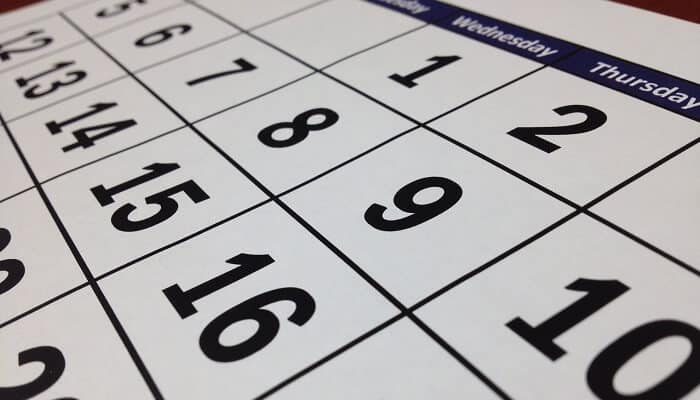