If you’re one of the many that purchased (or are going to purchase) Samsung’s latest flagship, the Samsung Galaxy S6, then this article is for you!

The Galaxy S6 possesses some top-end build materials, that puts it in the likes of Apple’s iPhones. The glass and metal used to build it just screams high-end when you hold it.

The problem is, you’ll also be screaming when the phone falls out from your hands because this combination leaves you with a smartphone that doesn’t have much to grip.

To counter that particular issue, we have arranged the 10 best cases for your Samsung Galaxy S6 that give your brand new smartphone some grip, and some protection as well. 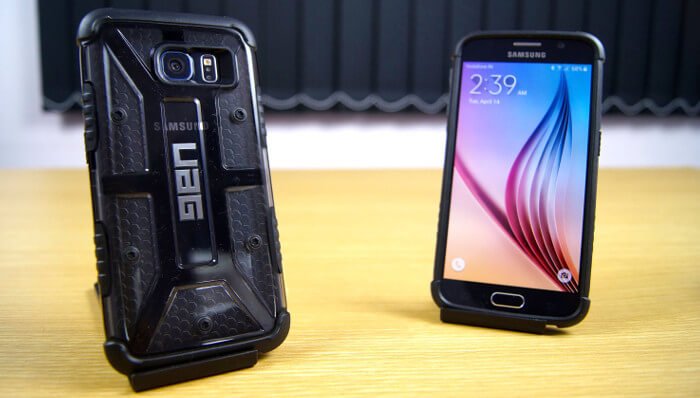 One of the best cases for your Samsung Galaxy S6, the Urban Armor Gear S6 Case, possesses a feather-light composite construction made of an armor-based shell and an impact-resistant soft core. With an HD screen protector that resists scratches pretty well, it protects your smartphone, alright.

It also integrates oversized tactile buttons for ease of use and has a ruggedized grip. It meets military drop-test standards, and the scratch resistant skid pads, coupled with the screen protector, it surrounds the whole smartphone, including the screen.

It costs $23.99 on Amazon and is available in a variety of colors—white, ash, ice, rust, scout black, and slate.

User reviews are positive (and comical, too) with one user claiming that his smartphone was hard to find in the dark, and while yet another said that his screen cracked from a 3 feet drop. These reviews are meant to be taken with a grain of salt. 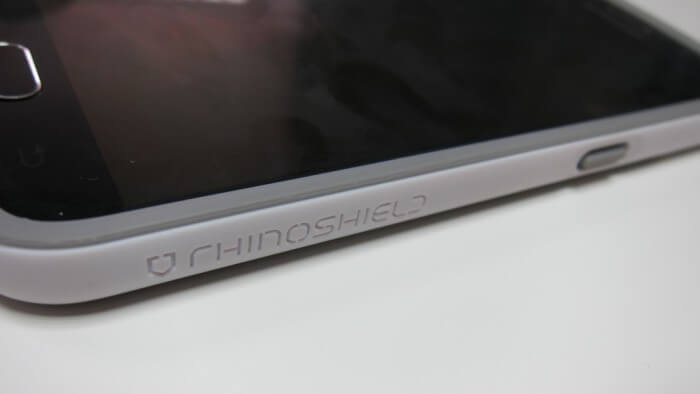 The Rhino Shield Crash Guard Bumper Case (that sure is a mouthful) for the Samsung Galaxy S6 is similar to the Urban Armor Gear in purpose but different in design.

It consists of a slim-profile bumper that weighs only 12 grams  and has360-degree, high impact protection power. The technology used to design the case is based on (I kid you not) egg drop technology. The bumper is layered with a matte texture for additional grip.

All of the portholes are precisely cut, and the headphone port is also compatible with third-party headphones. It has also survived drop tests over 11 feet (or 7 meters)

The case is available for $24.99 and has a lack of colors, only black or white.

Users declared that the auxiliary cable does not enter completely into the headphone jack (unconfirmed). They also claimed it does not offer much protection to the front and the back of the device, and is overpriced. 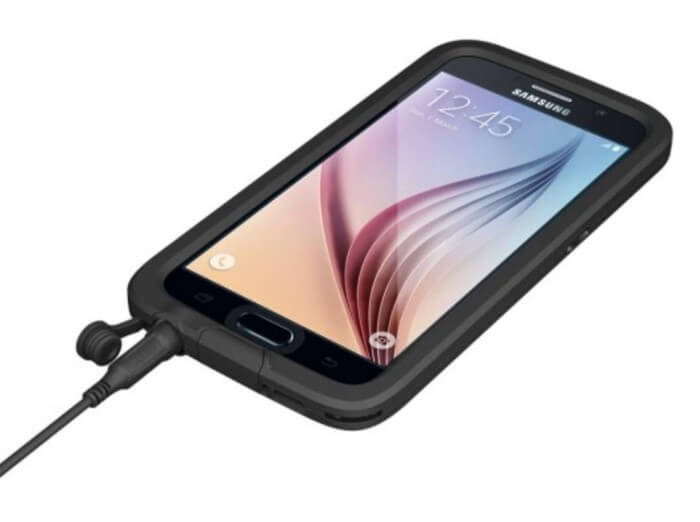 This case is light, thin, and tough with ruggedized protection all around. You have access to all buttons, and all the sensors work with no problems. LifeProof claims that their case is waterproof, snowproof, dirtproof, and drop proof (I don’t know where that came from).

It costs $79.99 and is available in 4 different colors — black, bright white with cool gray, coral with candy pink, and base blue with snow cone blue.

Users complained that it alienates the use of the speakers, and the sound coming from the smartphone gets disturbed. They also claimed that their smartphones gets scratched when pulling it in and out of their pockets.

This case is unique and is well-known for its durability. It offers three layers of protection, and the back of the case offers a media stand. The stand can be removed and can be utilized for a variety of accessories like a tripod stand, universal clip, etc.

All the ports and the buttons are protected, and it will survive any number of (realistic) drops which proves its durability. It also has a built-in dust filter and is recyclable too. It adheres to military standards, and for that reason, possesses a polycarbonate shell.

When I say it’s durable, I mean it. Tests have been conducted, and it lasted an hour in rain coupled with 40 mph winds.

It costs $44.99 and comes in a plethora of colors, which include — black, blue, pink, white, and trident green. 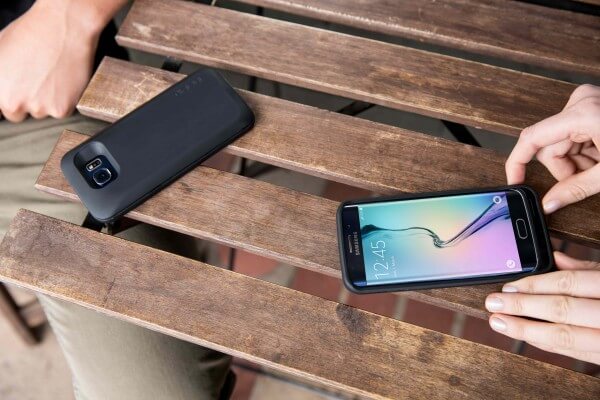 Running low on charge, and not a convenient charger socket in sight? Then, this case is definitely a welcome addition in your collection.

The Incipio Battery case for the Samsung Galaxy S6 is made out of durable rubber, and it is as thin as it can get. It has a built-in microSD card slot (up to 128 GB) and coupled with a 3700 mAh battery, is quite useful. It supports the latest and greatest (at the time of writing) in Qualcomm’s Quick Charge technology, and also has 4 LED lights to display battery power coupled with NFC.

It is available at $89.99, and user looking for other colors will be disappointed to find that it only comes in black. Bummer.

Users review that it adds to the bulk of the smartphone, but that is already expected (what were you thinking?). It tends to overheat, and other user complained that their smartphone tends to fall out of the case when they take it out from their pockets. 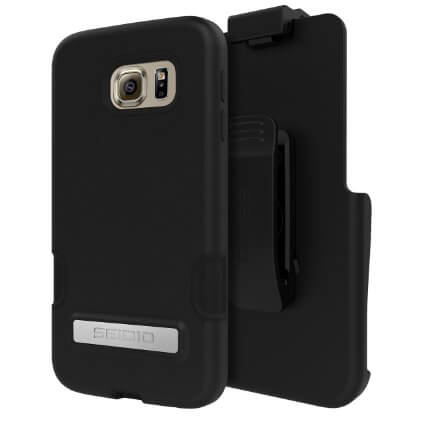 The SeidioDilex Pro for the Samsung Galaxy S6 brings you the best of both worlds, combining a 2 layers to bring you a slim and stylish accessory. At just 2 mm thin, it offers some sort of impact resistance, with a shock absorbent TPU, integrated with a matte black finish.

It includes functionality with a built-in magnetic metal kickstand, for comfortable media play, and forms a hexagon shaped pattern.

The PRO version of this case also pairs a felt-lined holster, with a clip that can be used for sliding it in with your belt. The cutouts are also very convenient.

Users mainly complained about the belt-clip in the PRO package of the case, saying that it didn’t work out well. Some also complained that when the power button was pressed, the volume buttons tend to be pressed, too. 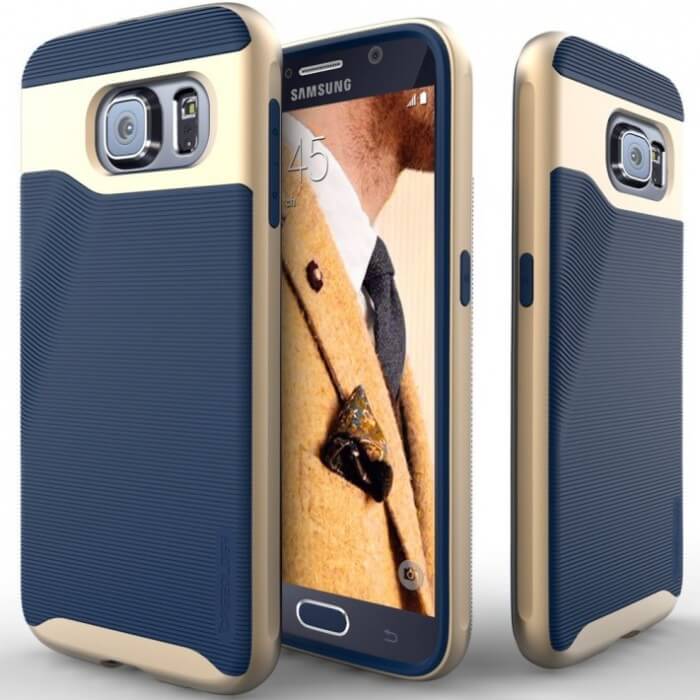 Quite stylish, the Caseology Wavelength case for the Galaxy S6 offers a luxurious style and design which is both sleek and stylish. The case is actually raised in the front of the device that protects the Samsung Galaxy S6 in face-down drops.

It is comprised of a premium, textured fabric TPU, and a polycarbonate bumper frame. The cutouts are precise and accurate, which provides access to all ports and buttons, including the speakers.

Highly resistant to oil, dirt, and scratches, the Caseology Wavelength Series is designed and produced by leading manufacturers in South Korea.

It retails at $39.99 and is available in a combination of colors. These colors include red with black, black, coral pink, navy blue, and turquoise mint.

User reviews state that the colors on the case are printed and easily scratches off. 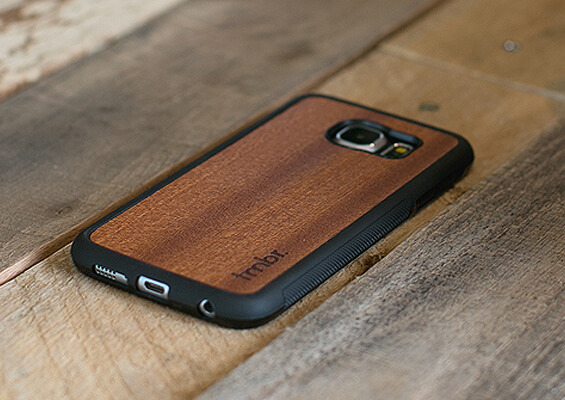 For all you nature enthusiasts out there, the tmbr. Wood Case is handcrafted with a variety of base wood options. This particular one is the rosewood option among walnut and wenge wood.

It has textured sides for a more natural look and feel. It is quite lightweight, thin, and has a small overlay to protect the front of the device from any impacts. It maintains easy access to all ports and has built-in buttons for volume.

It is soft, flexible and works with any screen protector.

This case costs $23.95 and comes in a variety of printed designs on the wooden overlay, and you can build your own custom ones too.

User reviews are mostly positive with many stating that it is a great fit and looks unique. 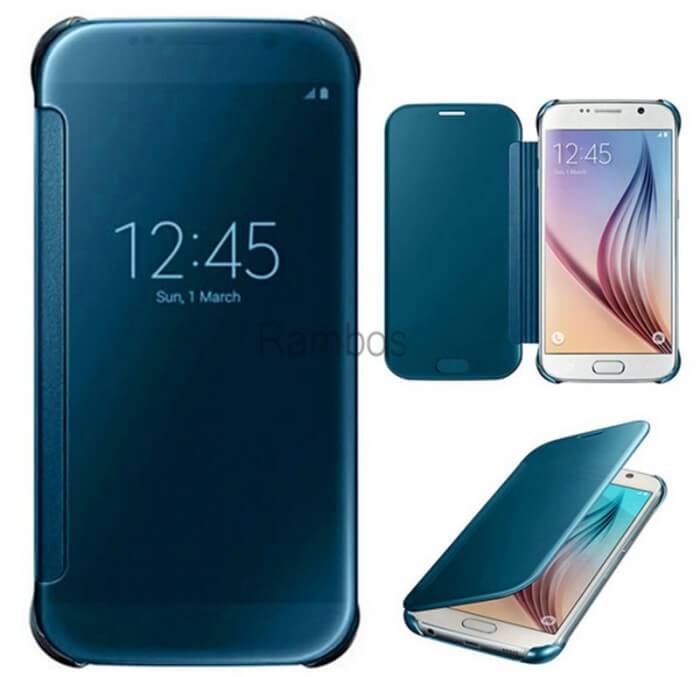 From Samsung itself, the S-view Clear Flipcover Case for the Galaxy S6 is quite elegant on its own. It excels in functionality and shows critical information when the flap is closed.

It offers all-around protection and the design of the phone remains stylish. Incoming calls and alarms can be interacted with through the clear folio. The notifications on the smartphone come through the clear case. Finally, the anti-fingerprint coating helps to avoid fingerprints and makes it easier to wipe smudges.

Many users claim that since the flap is not closed completely, it inadvertently scratches the screen when particles get through it and you snap it shut.

People looking for a bit of class can certainly agree with this case. The Burkley Wallet Case for the Samsung Galaxy S6 is made out of 100% real leather. Since it is handmade, it results in a high-quality product.

It offers complete access to all ports and buttons, and also provides a bit of functionality by integrating ID slots for your cards.

It retails for $44.95 and is available in Fiesta Red and Rustic Black.

User reviews suggest that the flap doesn’t close all the way, and this does not offer that much protection. Some claim that the magnet doesn’t hold the flap when closed.

This concludes the list and dishes out a variety of options that can help your Samsung Galaxy S6 look unique and radical, and can also provide some protection as a result.

Which case are you going to purchase for your brand-new S6 smartphone? 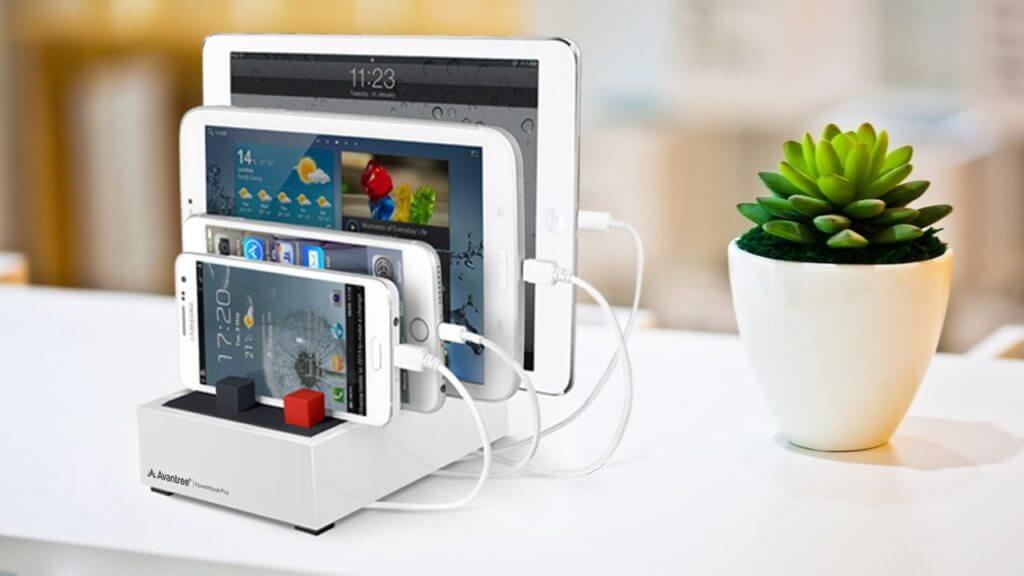 With the rise of technology, more and more people are using tablets and phones on a daily basis, which leads to having less freed up… 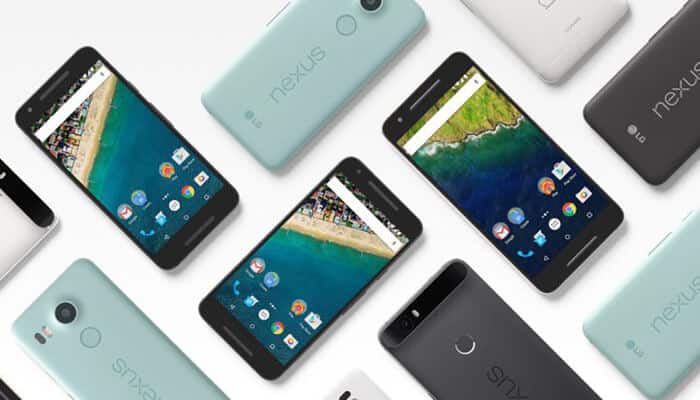 The Nexus 5X is one of Google’s flagships for the year 2015, and it was released amidst much hype. It is the younger brother of… 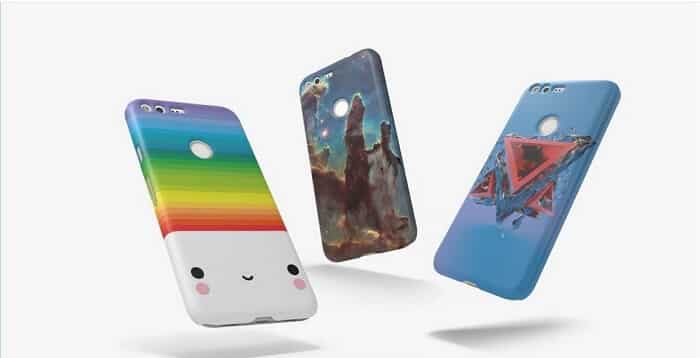 If you have a Google Nexus or Pixel, case options for your phone may seem a little harder to come by than say, an iPhone…. 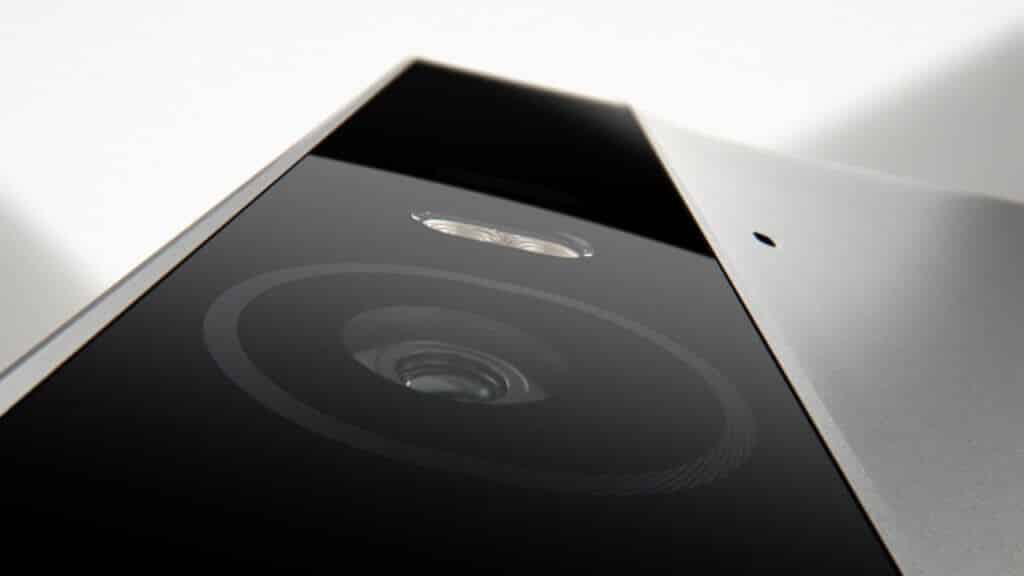 The Nexus 6P is widely regarded as one of the best smartphones the world has to offer. It has the highest ratings of specs, the… 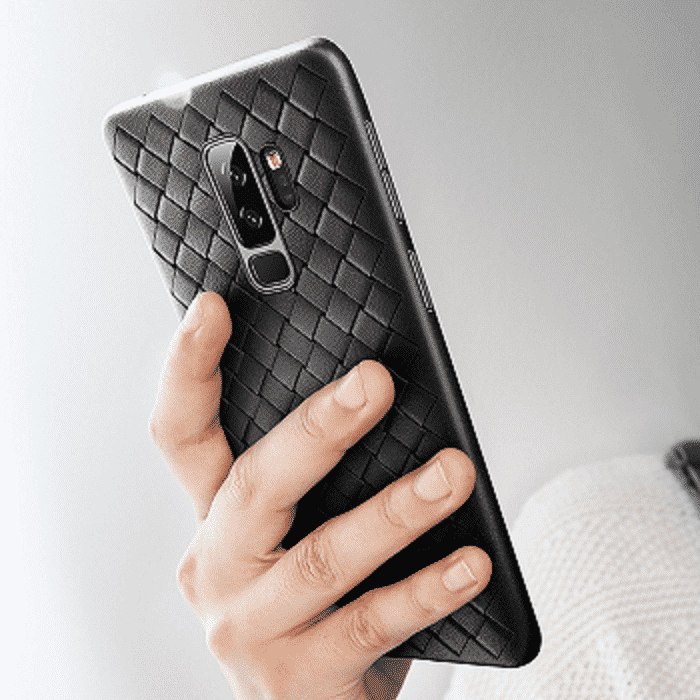 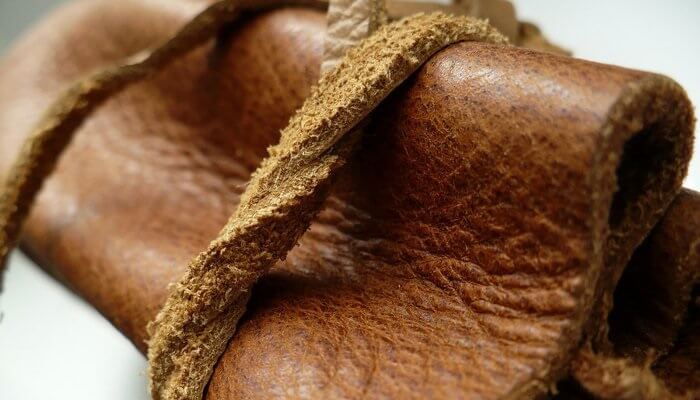 The Samsung Galaxy S6 Edge may be 2015’s flagship, and a year is a long time when it comes to mobile tech. But, that doesn’t…