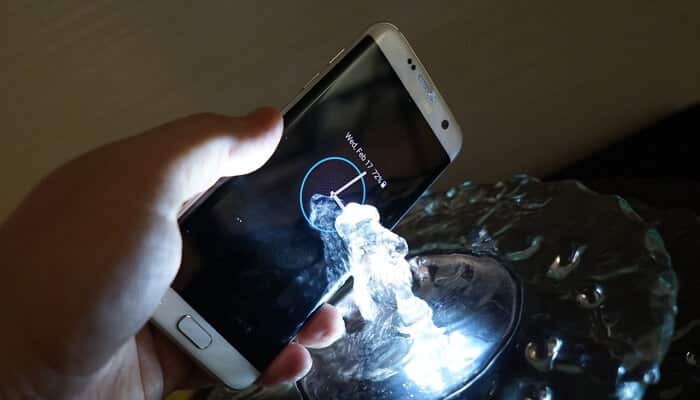 Samsung has done a great job in designing their latest flagship smartphones. Almost every complaint we had for the Samsung Galaxy S6 has been removed from the latest version. This article is all about 10 best features of Samsung Galaxy S7 so you will be able to make a conscious decision about purchasing the smartphone.

…and just don’t get me started on the beautiful screen Samsung has installed on this flagship.

As a result, I may sound like a Samsung fanboy in this article, but that is not the case, I truly appreciate when a company goes above and beyond in addressing issues with their previous devices.

For a very long time, Samsung smartphones were mocked for their plastic bodies. This smartphone body shaming went on until Samsung released the Samsung Galaxy S6. That changed everything, now Samsung devices are considered one of the best ones on the market.

This year around, expectations were high, but we were not expecting a huge departure from the design philosophy using the Samsung Galaxy S7. And this was exactly the case here. There were no surprises to be found and the Samsung Galaxy S7 delivered a premium build quality. 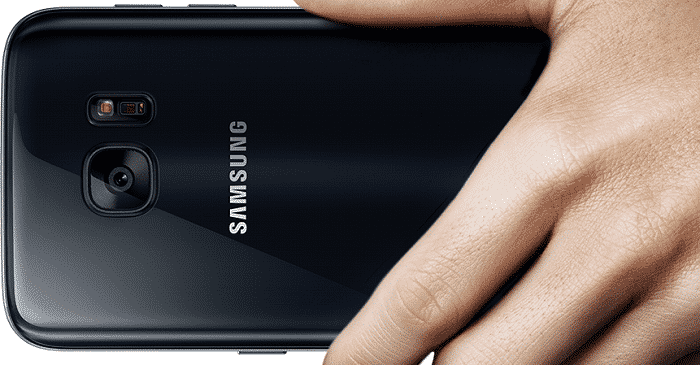 The only big differences are the smaller camera hump and the curved back featured on the smartphone. While these small changes may feel insignificant, but in daily usage, the reduced camera hump also reduces table wobble. The curved back allows you to grip the smartphone with ease and feels great to the touch. The smartphone is made of metal and glass. The sides are all metal and feel premium to the touch while the back is made of high-quality glass. Overall, the Samsung Galaxy S7 feels quite different from other premium smartphones available on the market simply because they use a glass back.

The smartphone is made of metal and glass. The sides are all metal and feel premium to the touch while the back is made of high-quality glass. Overall, the Samsung Galaxy S7 feels quite different from other premium smartphones available on the market simply because they use a glass back. 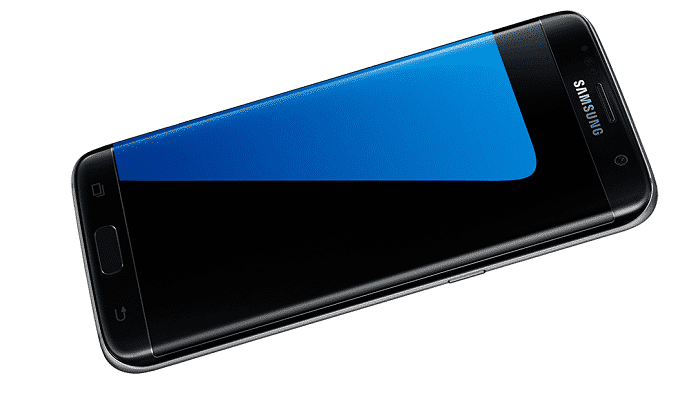 Not a lot of people want a gigantic smartphone in their pockets all day. This is exactly why the 5.1 inch Samsung Galaxy S7 is perfect for those who need a handy device that can last all day. The smartphone has a great 72.1% screen to body ratio that gives the center stage to the screen.

Even though I’m a fan of large-screen smartphones because I consume a lot of media on them daily, checking out the Samsung Galaxy S7 was a real pleasure. If you’re a fan of smaller smartphones that pack a punch, the Galaxy S7 and the newly announced latest HTC 10 are perfect candidates. With dimensions of 142.4 x 69.6 x 7.9 mm (5.61 x 2.74 x 0.31 in), the smartphone is fairly compact. It also weighs only 152 g so it won’t be a big burden on your pockets. 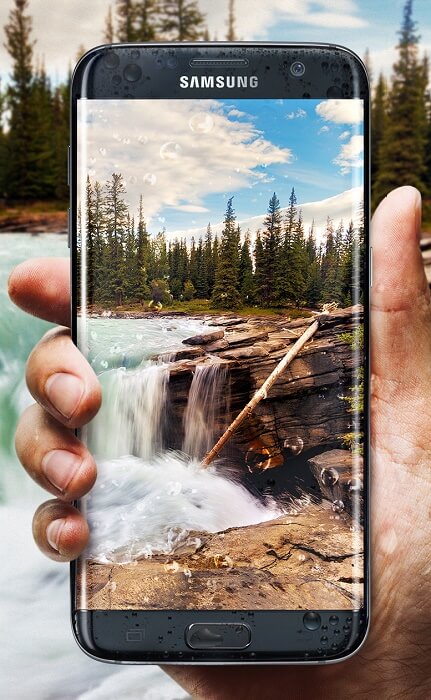 The Samsung Galaxy S7 comes with a 5.1-inch screen with a quad HD resolution. The high resolution of 1440 X 2560 pixels on a small screen results in incredible sharpness. The screen has a pixel density of 577 ppi that makes it a joy to look at.

Combine all of this with Samsung’s Super AMOLED screen technology. The screen has great contrast and the colors pop out. There are several screen builds available the device as well. You can select the mode personally that fits your personal needs.

The screen is also protected by Gorilla Glass 4 so you’ll have exceptional protection as well.Overall, you’ll have an excellent time viewing this beautiful screen. 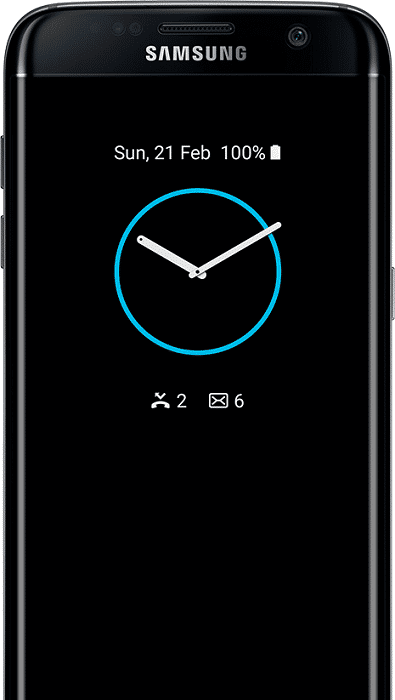 The Samsung Galaxy S7 comes with a QUALCOMM Snapdragon 820 or Exynos 8890 Octa processors depending on your region. In the US you’ll find the Snapdragon variant while the international markets will get the other one. Both of the processes are incredibly fast and capable of producing a stunning performance.

There were no stutters or lags during my testing time of four hours. The smartphone ran well and everything I threw at it worked perfectly. I played a game on the smartphone for around 24 minutes, and it barely became hot.

The only time the smartphone became warm was when I shot 4K video for 12 minutes. 4K videos are also limited to 10 minutes, so Samsung is well aware of the limitations of the device. However, in day-to-day usage, you will find the Samsung Galaxy S7 an incredible performer.

However, having a unibody design and a non-removable battery resulted in the smartphone to be completely waterproof. The smartphone is IP 68 certified and can resist submersion of 1.5 m depth and 30 minutes duration. You still won’t be taking it to scuba diving, but day-to-day spills will keep your phone working in tip top condition. 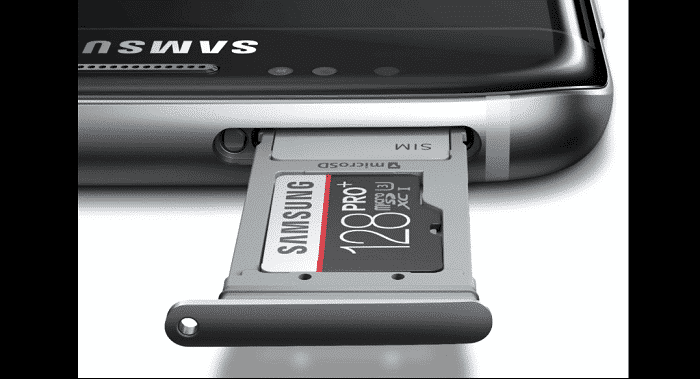 The Samsung Galaxy S6 removed the option of adding expandable storage. It didn’t sit well with a lot of Samsung fans, including yours truly. This time around, Samsung added a microSD card slot in their flagship device and won their fans back. A lot of people just want to get an inexpensive microSD card and have a ton of storage space on their smartphones.

The inclusion of a microSD card slot allows users to store their 4K footage as well as large video files on the memory card. However, a point to be noted here is that Samsung has removed a native Android feature called Adaptable Storage. It allows you to store your apps and games on a microSD card. I hope that Samsung decides to add this feature back in the smartphone so that users can fully utilize the power of Android. 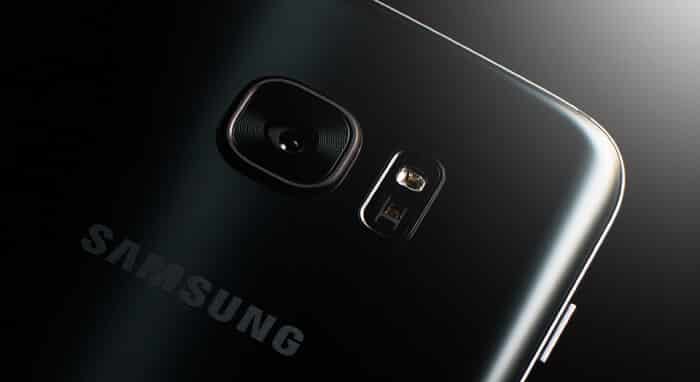 While it may seem that Samsung has downgraded their smartphone camera from 16 megapixels to 12, but we all know that megapixel count is not a true measure of camera quality. After having used both the Samsung Galaxy S6 and the Samsung Galaxy S7, I can safely say that Samsung has upped their camera game. This new camera is capable of shooting amazing photos without ever losing focus.

The camera has F/1.7 aperture and 26 MM focal length. However, it also comes with a 1.2/6 sensor size as well as 1.4 µm pixel size. For those who are not well versed in camera terminology, this means that the camera is capable of shining a lot of light through the lens onto the sensor. This results in remarkable low light picture quality.

I’ll go as far as to say that Samsung has managed to outdo every other smartphone on the market with their camera. Samsung has also added a true slow-motion feature into their main camera that is capable of recording at 240 frames per second at 720p resolution. 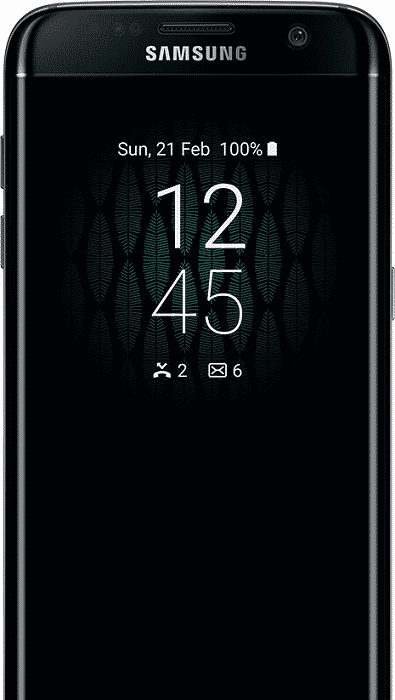 On the average, a normal smartphone user turns on their smartphone to check time almost 50 times a day. This means turning on the lights of the whole house just to check the wall clock. The Samsung smartphones come with Super AMOLED screens that only illuminate the pixels that are needed.

This is exactly why the black color on their screen looks so realistic. It also allows them to display certain elements on the screen at all times. The always-on display allows the smartphone to show the clock, days or even a random picture you select on the screen without having a large impact on the battery timing.

In fact, a friend of mine reported that this feature only drains 1-1.5% battery per hour. Don’t worry, once you put your smartphone back in your pocket, that display turns automatically off.

Not a lot of people want to put a pin code on their smartphone, but they have to do so because of security reasons. Thankfully, the Samsung Galaxy S7 comes equipped with a great fingerprint scanner that allows you to unlock the phone in mere seconds. You no longer need to type in a code or trace a pattern on the screen to gain access to important features.

All you need to do is scan your finger properly, and the rest will be taken care of, and that will get you to the smartphone. The fingerprint scanner works well and locks the smartphone in seconds. However, I would still say the Nexus 6P has the best fingerprint scanner available on the market; it is not only faster but also placed at a very convenient place. That is not to say that the Samsung Galaxy S7 is slow or bad, it is also great, but it can be further improved. 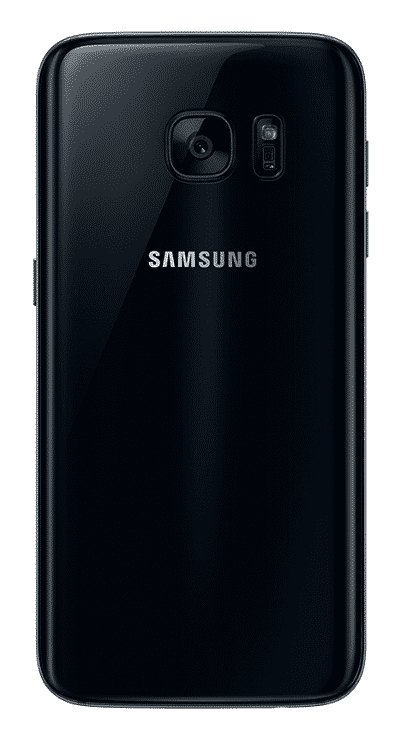 Even though the Samsung Galaxy S7 is a relatively smaller smartphone, it still packs a 3000 mAh battery. What my colleagues have experienced easily lasts a full day of moderate usage with 10 to 15% remaining at the end of the day. This is a marked improvement over the last year’s Samsung Galaxy S6. I would say Samsung has done a great job in stuffing such a large battery into a 5.1-inch screen smartphone.

These were the 10 best features of Samsung Galaxy S7, and I’m pretty sure now that you’ve heard of them, you will surely want to get the smartphone. However, I would recommend that you wait a little while longer if you already have a Samsung Galaxy S6 or any of its siblings because this is not a huge upgrade.

If you have any questions or concerns about the device, feel free to ask us in the comments below. 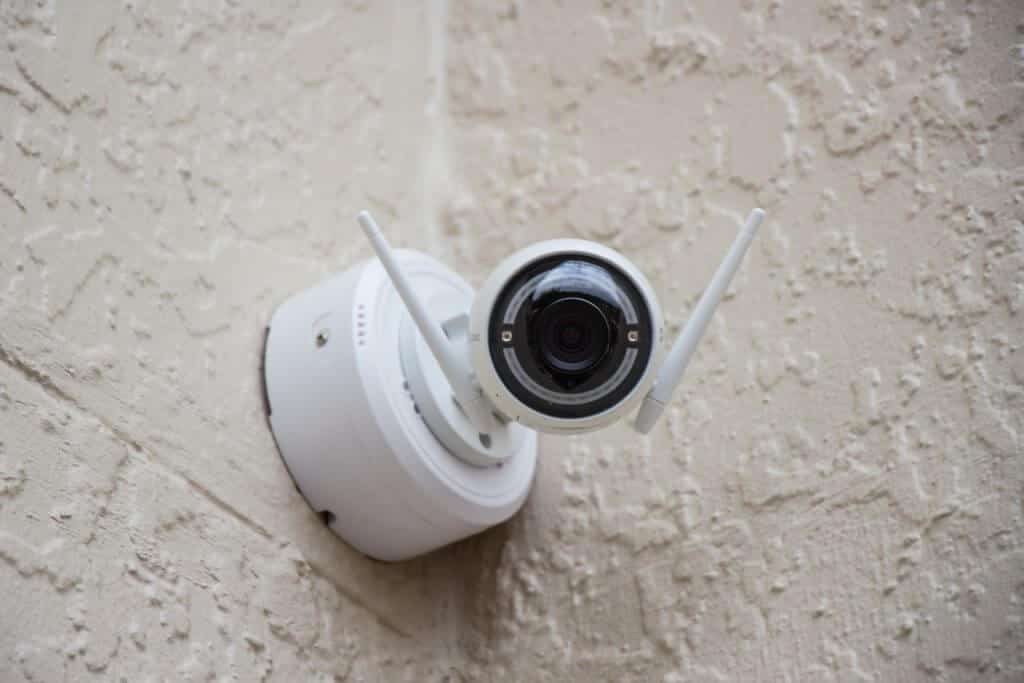 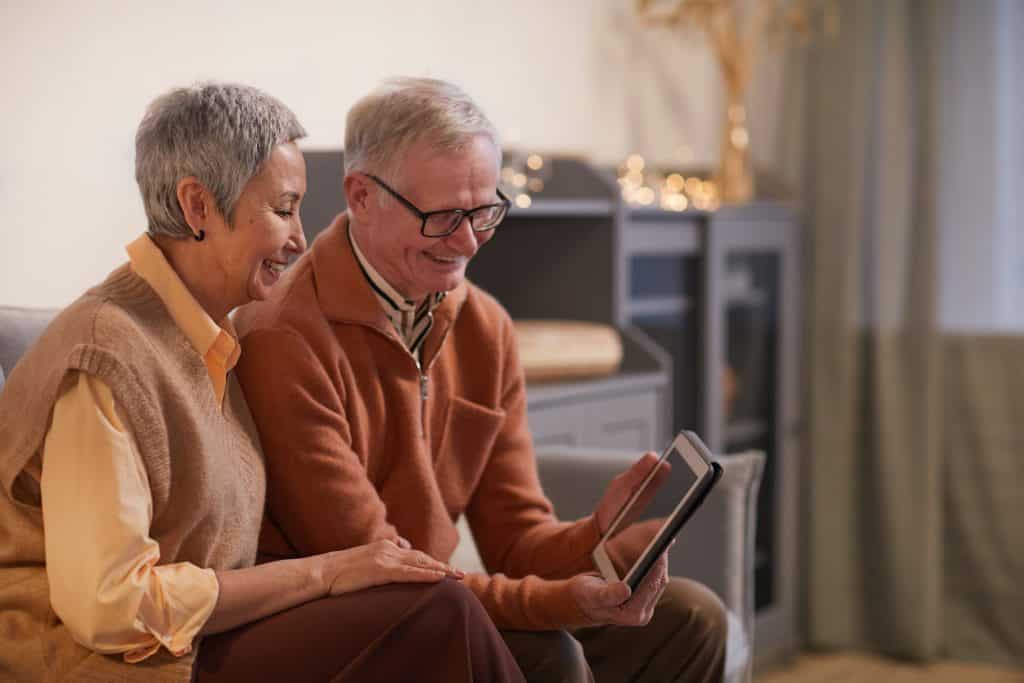 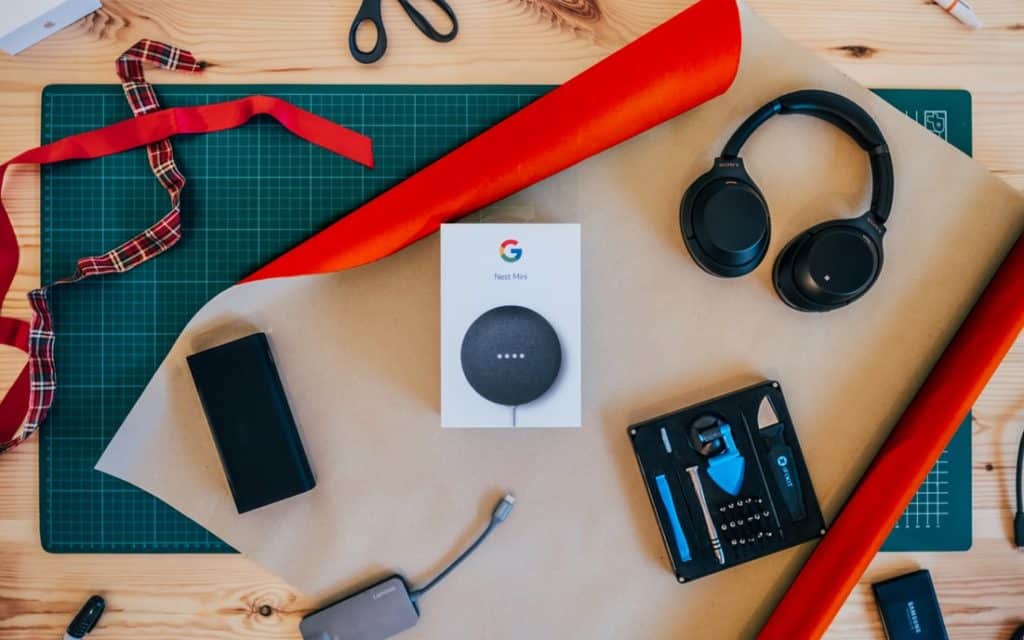 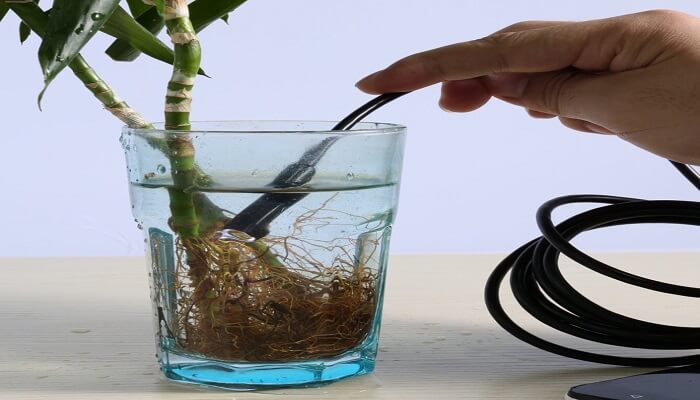 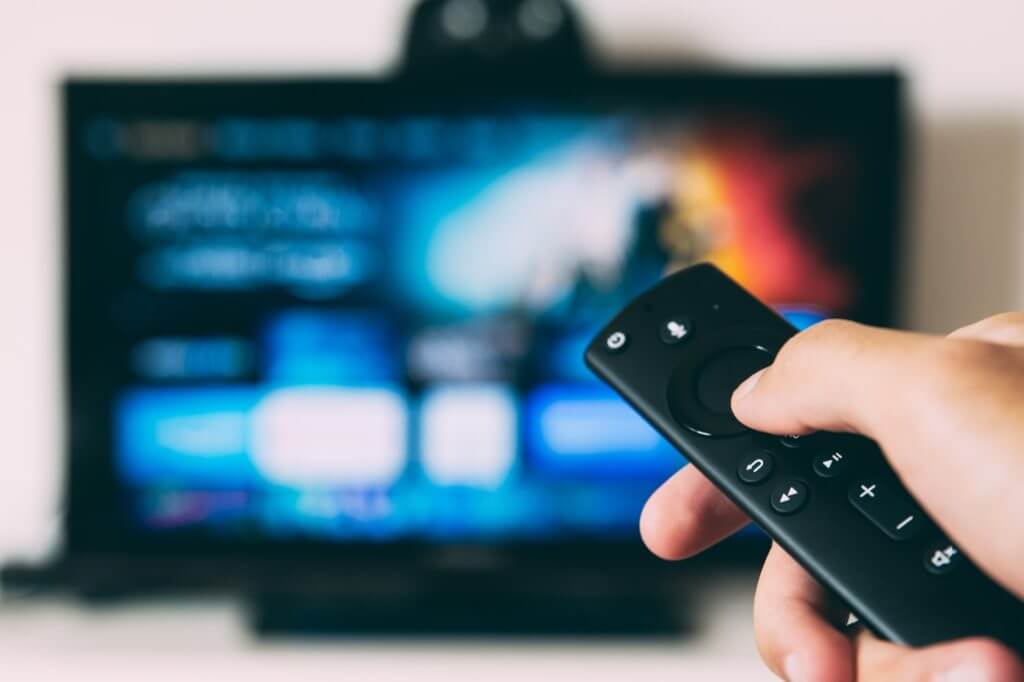 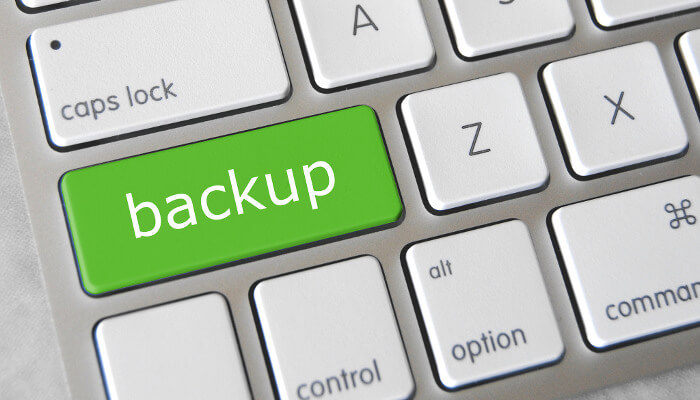 Hey, do you have any valuable data on your Samsung? If the answer isn’t an automatic yes—consider this question—is there anything you would miss if…