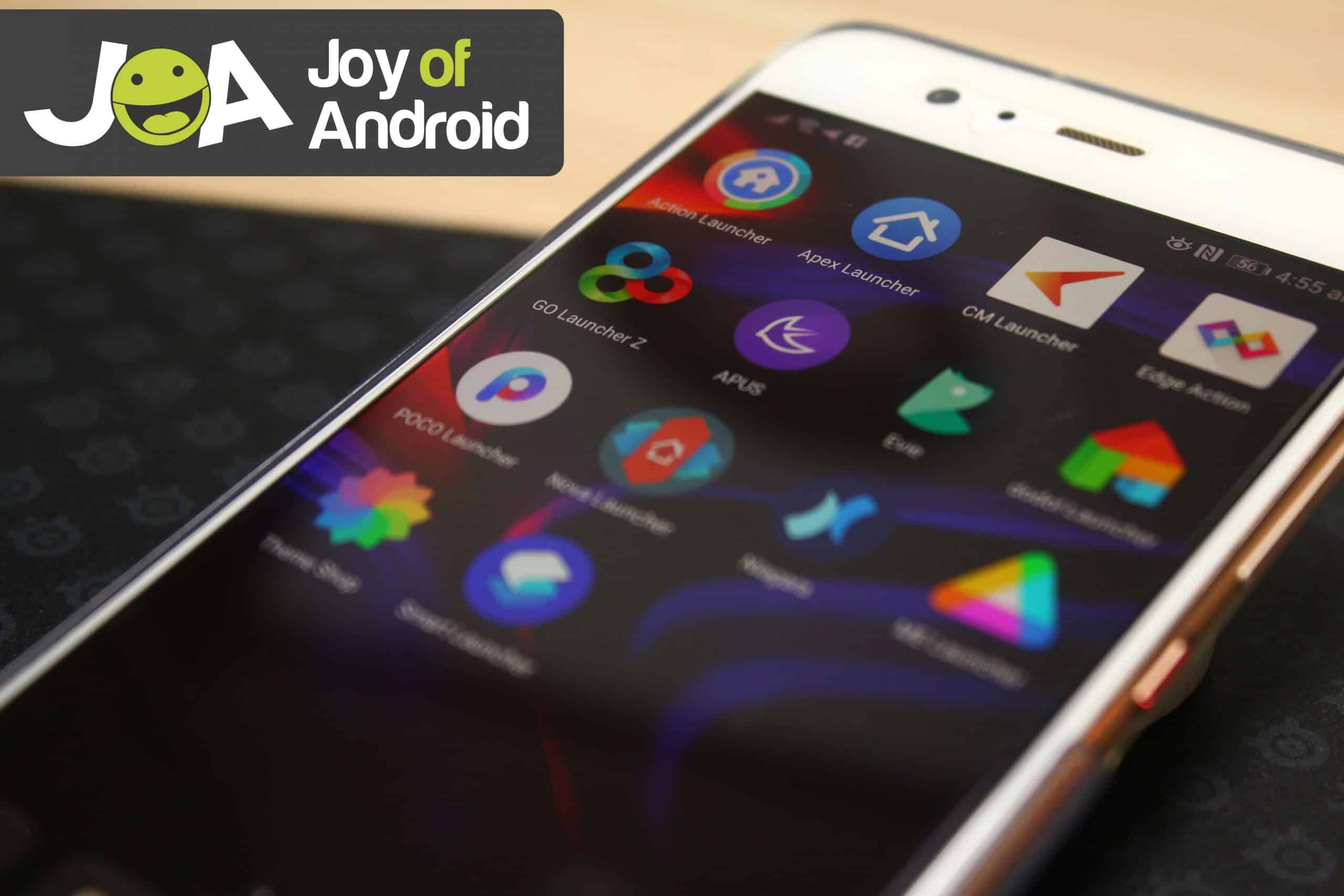 Google Play store has about hundreds of different launcher apps available for download, but other than the option for customization, one might ask, which among them is the fastest Android launcher? As we know it, launchers for Android has never been about the speed and responsiveness. It’s more about the customization overall and usefulness. So for this article, we will take a closer look at 14 of the most popular Android launcher apps on the Google Play store.

If you ever find yourself looking for a way to speed up your Android smartphone or to customize the home user interface of your device, then this article is perfect for you. We took 14 of the best and most popular launcher apps for Android that are free, lite, and enhances device performance to figure out which among them is the king and the fastest Android launcher in the market. 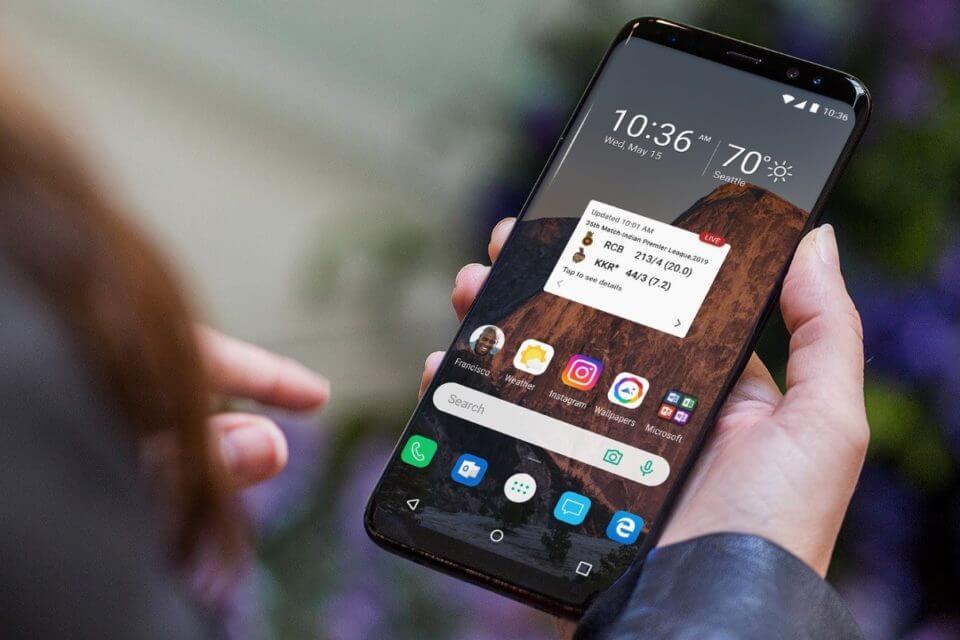 Android launcher is basically an app that’s pre-installed and is the default launcher app of all Android smartphones and tablets. Fortunately, Google is not strict and does not prevent people from using a different launcher. Various Android launcher apps are available on the Google Play store. Those apps offer a different way of fully customizing the user interface of your device as well as user experience.

When it comes to Android launchers, there’s really no specific way to benchmark and put their performance in numbers, unlike how we did with our test for the fastest Android browser. Each launcher is unique and different in their own way, furthermore, the launcher’s performance is also affected by the device used. So it’s like comparing apples to oranges.

What we did though, is have 5 of our staff use each launcher for 24 hours. Since we have 14 launchers to test, we had to perform this performance benchmark for 14 days, 1 day for each launcher. Additionally, we used 5 different devices that were as each phone runs on a different version of Android. By doing so, this will let us have a wider performance scope of each app launcher on various different devices.

So before, we show you the result, let us first take a closer look at each Android launcher apps.

Before we start doing any test, let’s first take a closer look at our top 14 Android launcher apps. We’ll show you why these apps are worth being in our list.

After 2 weeks of using and testing different Android launcher, we finally have our result. Without further ado, here are the top 3 fastest Android launchers that you can download from the Google Play store.

If you’re curious how each tester voted and the overall result of the vote, refer to the chart below. 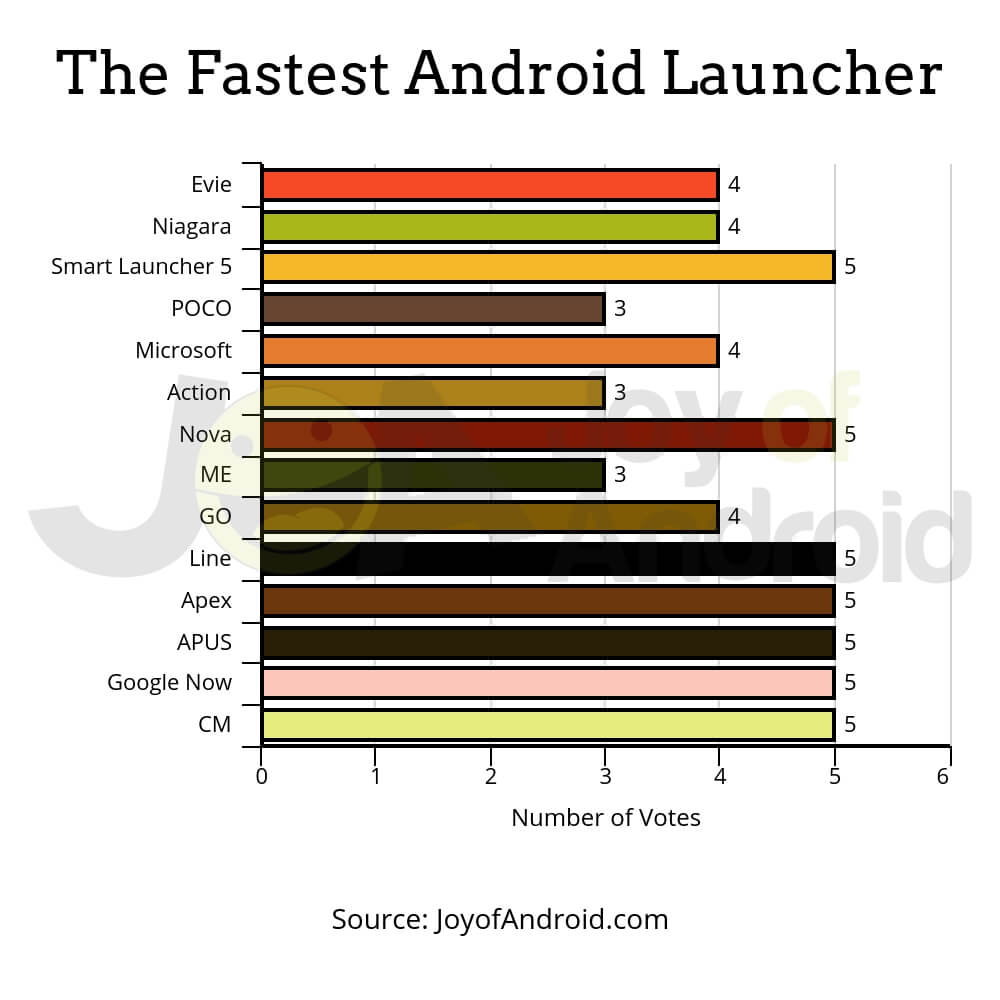 Additionally, here we can find that the top 5 slowest or sluggish Android launcher in our list are CM Launcher, being the worst, followed by APUS, Apex, and Line. Google Now has a different situation since it was a launcher that’s limited to Android’s version 4 to 7 only. 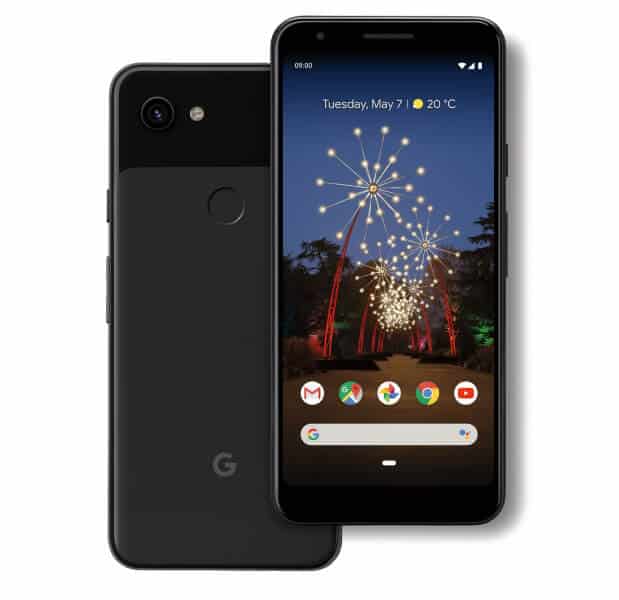 Can’t seem to find the perfect Android launcher for you? Looking for a way to simply boost the performance of your Android smartphone without having many changes with the Android default launcher? Then we highly recommend considering buying a brand new phone instead. If you have an old Android phone that seems to be acting up or becoming sluggish, it’s time for a new handset.

If you have a budget to consider and don’t want much change with Android, then we highly recommend checking out the newest Google Pixel 3a by Google. Experience the awesomeness of having pure Android without breaking the bank.

What is the best launcher for Android?

Some people consider Nova Launcher Prime as the best launcher for Android while others say Microsoft Launcher is the best Android launcher. The best launcher for Android will depend on your personal preference. Do you want a simple that can boost device performance? or a launcher that has it all? It all boils down to individual preferences. For JoyofAndroid, we find that Microsoft Launcher is the best Android default alternative launcher.

How to change launcher in Android?

How to set default launcher in Android?

The default Android launcher is already decent by all means. Most especially with the latest handsets of today. However, it’s undeniable that some simply wants to change the way they interact with their smartphone while others want a simpler way to use their phone.

We hope that this article has helped you out in your journey of finding the fastest launcher.

Are you using an Android launcher that’s included in our list? Are you looking got the best one out there? Have comments, suggestions, or opinions that you would like to share with us?

Do let us know in the comment section below!

TAP Do NOT follow this link or you will be banned from the site!