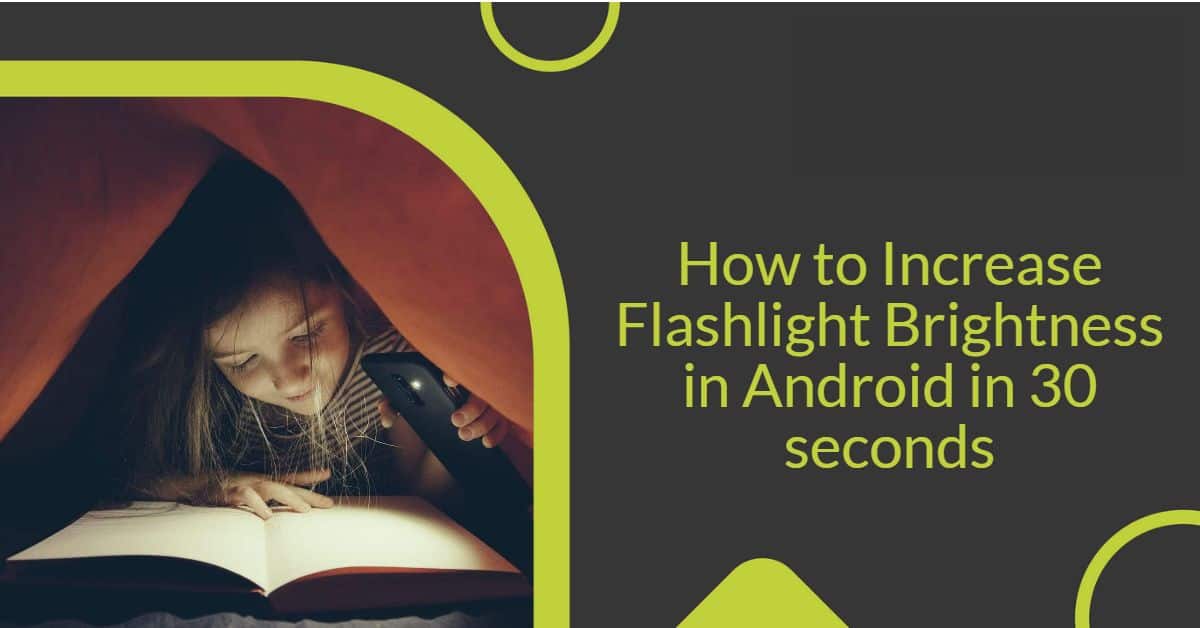 Did you ever feel like increasing the flashlight brightness on your Android phone? Or ever experienced a dim or extremely intense flashlight on your Android device? If the answer to either of the above questions is yes, then you are at the right place.

“How to increase flashlight brightness on Android” is a much talked about question in the Android community and not many people know if it is even possible. I glanced through several QnA websites and forums and found that there’s a lot of confusion amongst Android enthusiasts.

While most of the answers weren’t specific or factual in every way, I’d like to clarify whether you can actually increase flashlight brightness on your Android phone in the next section.

The 8 Best Flashlight Apps for Android

How to Use Google Assistant to Turn Device Flashlight ON

However, the good news is Samsung Galaxy S users (S8 and above) and Samsung Galaxy A50 users get this useful feature on their Galaxy phones. So if you own any of Samsung’s latest flagship phones from the list, you’re in luck.

How to increase flashlight brightness on Samsung flagship phones

Every once in awhile you need to take a selfie in an unlit room and your flashlight intensity just isn’t enough. At times like this, the flashlight brightness that your phone offers isn’t as intense as you would wish.

Step 1: On your Samsung Galaxy phone, swipe down from the top of the screen to access the Quick Settings

Step 3: Now. you will see the flashlight brightness settings. Move the slider between Level 1 and Level 5 as per your preference.

Note: The flashlight brightness intensity increases from level 1 to level 5.

Next time you turn the torch on from your Samsung Galaxy phone, the brightness level would be as set by you.

How to increase flashlight brightness on non-Samsung flagship phones

The only way for Samsung Galaxy S7 and older model users and other smartphone users to optimize their flashlight settings is to install a third-party application.

However, you can play around with a lot of cool features to enhance your LED flashlight usage. After trying out and experimenting with multiple Android flashlight apps, I found the Superb Flashlight app to be really handy and simple to use.

Superb Flashlight – Brightest LED Flashlight is one of the most popular flashlight apps for Android. It has a 4.4 star rating on the Play Store with more than 1 million installs. The app is supported on Android 5.0 and above.

Amid all these cool features, some users have complained of malware and repetitive ads on the app. I suggest you do a thorough phone scan once you install the app and maybe use an ad-blocker for Android if the ads are annoyingly repetitive.

Download the app from the Play Store by clicking the below button.

Brighter Flashlight is the best app to increase flashlight brightness on Android. It is a simple and dependable flashlight with a top layout and accessible features. Press a huge button to show the torch on/off. Press a small digital digicam button to set off a returned digital digicam, it’s miles an easy answer for a rarely approachable place.

How do I change my flashlight settings?

Not every Android phone allows you to change flashlight settings. However, you can decrease or increase flashlight brightness on Samsung flagship phones by swiping down the notification shade > tap the ‘Torch’ text > adjust the brightness level > tap Done.

Where are quick settings on Android?

Quick settings are located in the notification tray on any Android device. To access the Quick settings, simply swipe down from the top of your Android screen. Here, you will find a lot of Quick settings options like mobile data, WiFi, torch or flashlight, airplane mode, hotspot, Bluetooth, etc.

How bright is a cell phone flashlight?

A cell phone flashlight is typically about 40-50 lumens. It can come in handy when you want to illuminate a dark room or a place nearby when you don’t have a physical dedicated torch.

Can I dim an Android flashlight?

Where is the Android flashlight?

Open the Settings app, then go to System → Gestures → Quick Tap. Turn on the feature by pressing the Use Quick Tap button. Scroll down, then tap the Toggle flashlight option. Double-tap the back of your phone to make sure you see the Quick Tap detected notification.

Increasing or decreasing torch or flashlight brightness can prove to be a useful feature at times of need. Be it night reading or taking your dog for a walk or camping at night, a bright flashlight is always good to have although it is better to carry a dedicated torch.

The Superb Flashlight app does a pretty good job in enhancing the flashlight usage, although it doesn’t really aid you in increasing or decreasing flashlight brightness.

I hope I brought some value to your Android usage. Do you own a Samsung Galaxy S8 or above? Let me know in the comments section below. Until next time, take care and stay safe! Cheers! 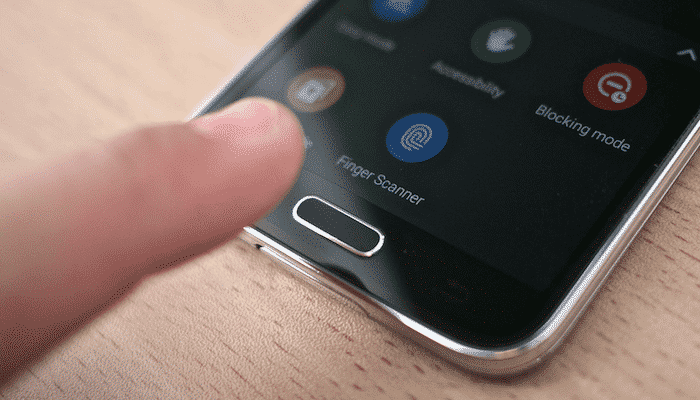 It seems like the larger tech companies are expanding constantly, as they attempt to get their fingers into every pie they possibly can. Security concerns… 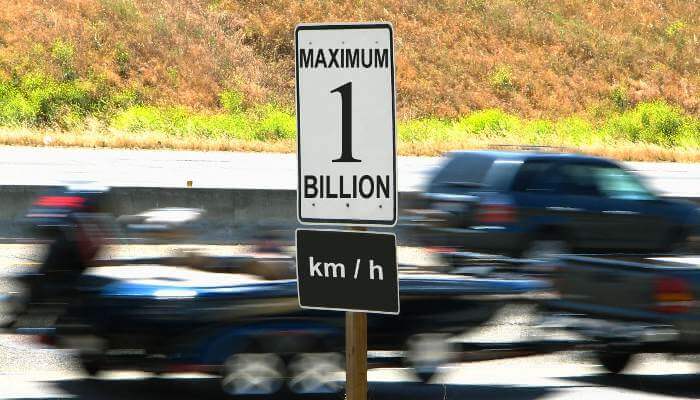 I know it’s a fault, but my patience is only about as thin as my smartphone when it comes to slow performance. Whoever said “Patience… 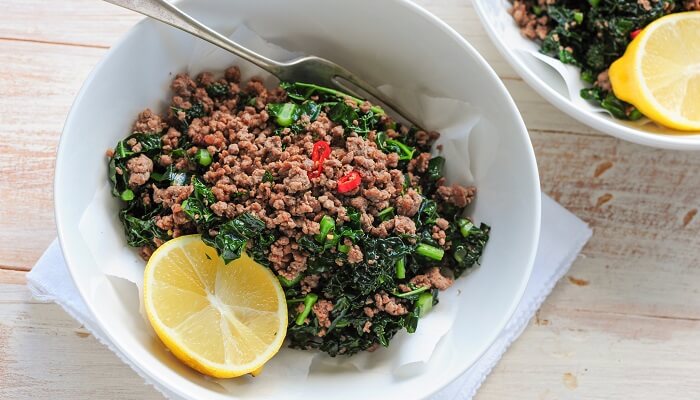 Everyone wants to be healthy and fit, some use the best exercise apps for Android to obtain that and some deploy the best running apps… 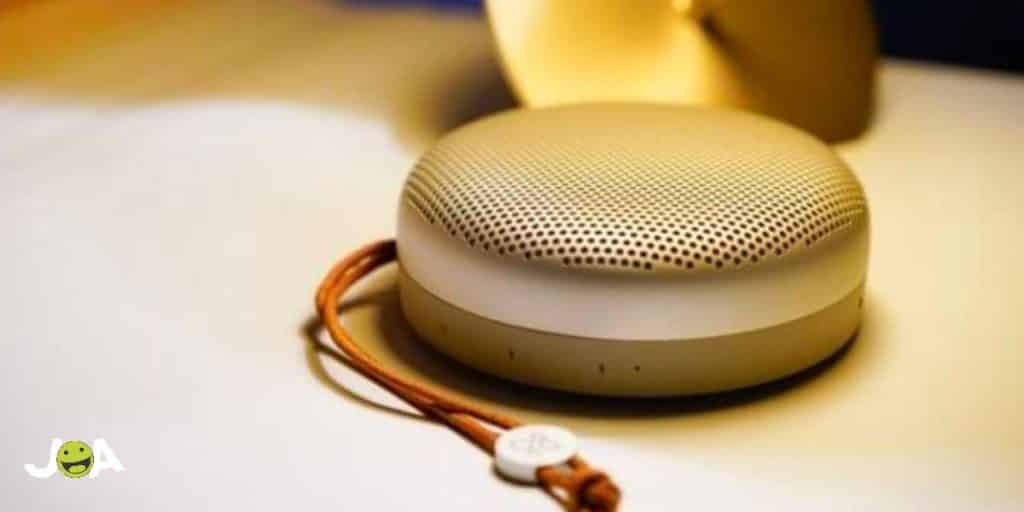 Today, a lot of speakers for smartphones with new designs are available in the market with different types and styles. Some are portable speakers, Bluetooth… 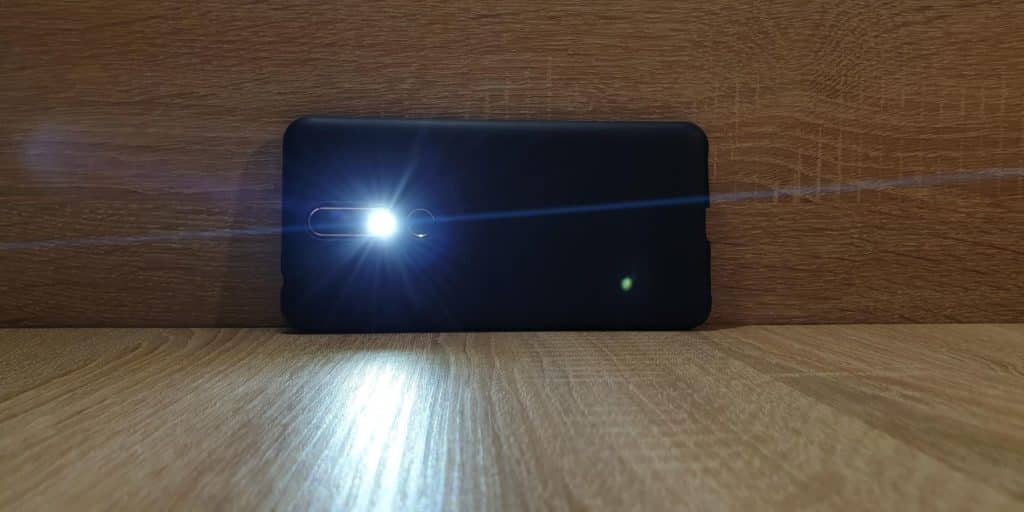