Samsung’s Galaxy S5 has a fantastic HD display, but have you ever wondered how you can share this experience with your friends and family? If you’re looking to showcase your smartphone’s incredible screen and features, you can easily do so by taking screenshots on your device.

If you play a lot of games on your Galaxy S5, you might want to brag about your high scores, but what if others don’t believe you? Well, you don’t need to worry since we’ll show you how you can take screenshots on your Galaxy S5 to capture almost anything on your smartphone.

One of the great things about Android is that it comes with a hidden screenshot feature. Some users aren’t aware of this, but the method is pretty standard. However, Samsung‘s Galaxy S5 comes with another unique technique for taking screenshots without even touching the phone! Continue reading to find out how to take screenshot on Samsung Galaxy S5.

This is probably the most common and reliable method for taking screenshots on every Android device. This feature comes pre-loaded on Android smartphones and tablets. You don’t need to install any third-party apps and you don’t need to learn any crazy tricks to use this method. It’s as simple as pressing two buttons.

If you’re looking for a fast and easy screenshot taking method, this is the best option. After following the steps below, you’ll be able to snap as many screenshots as you want on your Galaxy S5.

Press and hold the Power and Home buttons simultaneously until you hear a camera shutter sound and get a notification of the screenshot being taking. This is tricky, especially on a larger device like the Galaxy S5, because you need to hold the two buttons simultaneously and not one after the other. That being said, you’ll get the hang of it after a couple of tries. 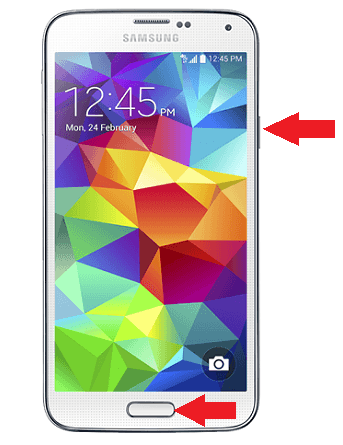 Once the screenshot is taken, you can view it by pulling down your Notifications bar or from your Gallery app. That’s it!

This particular method only comes pre-loaded on certain Galaxy smartphones, including the Galaxy S5 and S4.  While the method might not be practical for some users, if they find it easier to take the screenshots using the key combination, it might be preferred by others.

There are certain features in some of the latest smartphones that aren’t practical yet, but they’re included just to make the device a bit cooler. If you like to showcase what your device can do in front of others, then this is the best method for taking screenshots. Another great advantage is that you don’t actually need to touch your phone in order to take the screenshot and this can be quite useful when your hands are dirty.

Open your Settings app, scroll down to the Motion tab and tap on Motions and gestures. 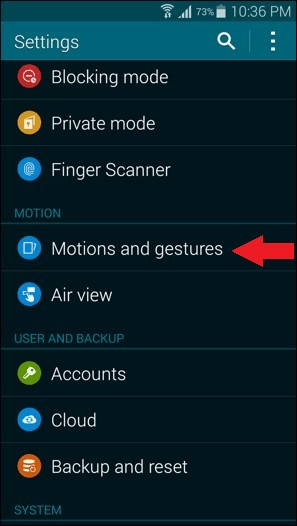 Tap on Palm swipe to capture and turn the toggle from Off to On. 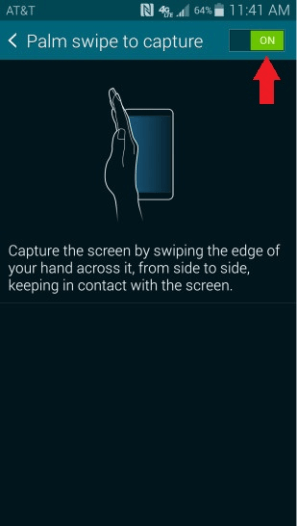 Keep the edge of your hand on one side of your phone without actually touching it, and swipe it to the other side. You can do it from either left to right or right to left. This takes the screenshot.

View your screenshot through your Notifications bar or from the Gallery app. That’s it!

This method focuses on using an app from the Google Play Store for taking screenshots on the Galaxy S5. If you’re looking for a fully featured screenshot taking app, this is probably the best app. It features over 15 different triggers for capturing screenshots and has a built-in editor with features such as cropping, drawing, adding text, mirroring, rotating and adding cool effects.

Download and install the Screenshot Ultimate app on your Galaxy S5. You can get the app through the Google Play button below.

Open the app, tap on the Triggers button and choose the triggers that you want to use. You can select more than one trigger. 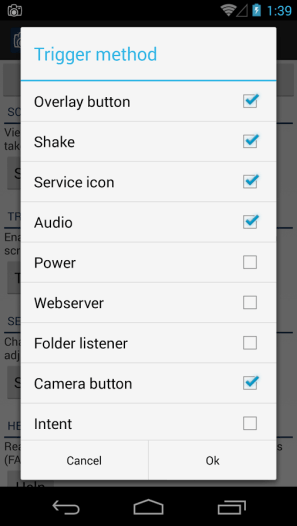 Click on the Settings button and edit things like file name, image format and the directory where you want the screenshots to be saved. 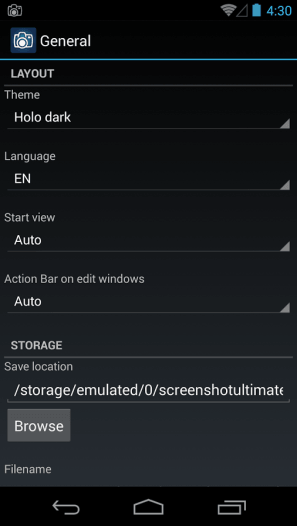 Go to the screen you want to capture and use your desired trigger method. For instance, shake your phone if you selected the Shake trigger. This takes the screenshot. 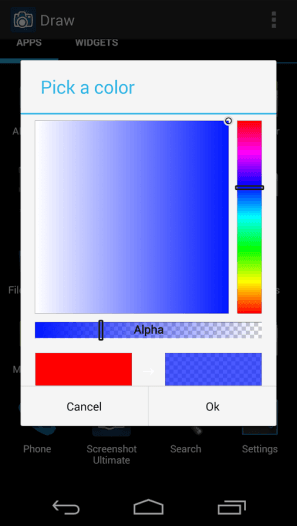 If you just bought the Samsung Galaxy S5, make sure you know how to take screenshots on your phone. Taking screenshots is quite simple. In fact, you’ll become a pro after a couple of attempts.

Whether you’re looking to share an important message with someone or you just want to show your high score to some friends, you can use any of the methods mentioned above for taking screenshots on your Galaxy S5. Method 1 is probably the best option if you’re looking for something simply and easy.  Method 2 is perfect if you want to use the Galaxy S5’s cool motion sensor or if you want to take screenshots without actually touching it. The last method is perfect for advanced users who need features like multiple triggers and a built-in editor.

Whichever method you choose, make sure you follow all the instructions properly on how to take screenshot on Samsung Galaxy S5, and feel free to shoot any questions below! You might also be interested in other screenshot apps in case any of these methods don’t fit your fancy.

Android phones come with lots of great features and aside from the basic call and messaging functionality, you can do a lot more on your… 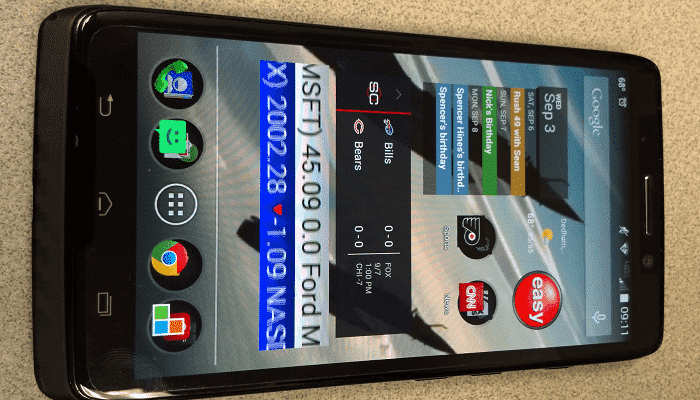 What would our lives be like without developers? For one thing, you probably wouldn’t be reading this article on your computer. And you wouldn’t be… 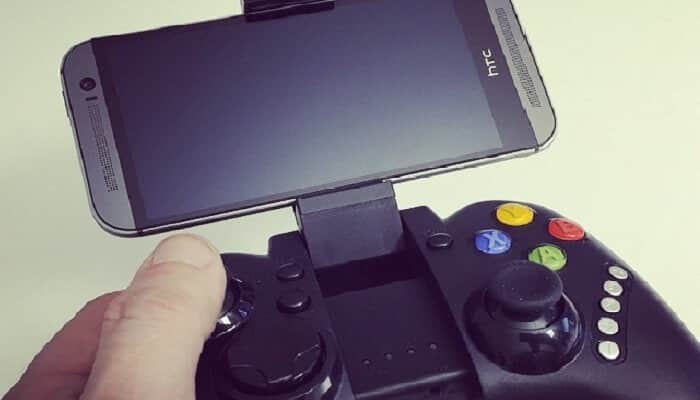 I mean, come on… Who uses their Xbox or PlayStation exclusively for gaming anymore? As we all know… One of the main benefits of these…