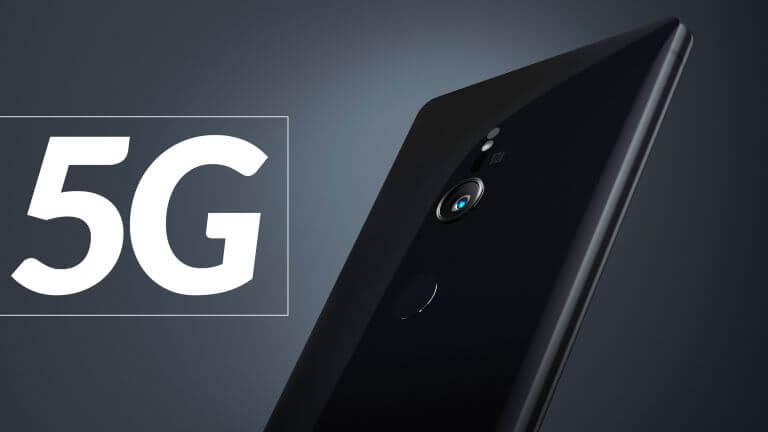 5G is the latest cellular networks which succeeded the 4G system. This fifth-generation promises a lot of things which are very exciting to the users. Its target is to provide high-speed data, with reduced latency, and improve overall system capacity.

After years of speculation and user-anticipation, this year’s going to be the coming-out for 5G cellular. Big fishes in the telecommunications industry such as Verizon, AT&T and Sprint has already announced its 5G launching in the first half of 2019. Meanwhile, T-Mobile postpones its launching for early 2020.

But that is not the only thing we can get excited about this year. What good is 5G without a 5G capable smartphones? We have listed in this article the mobile manufacturers which have teased and confirmed us with 5G smartphones this year.

Google’s Pixel 3 was just recently launched by the end of 2018. And although this device was not yet 5G capable, we can’t totally say that Google won’t join the 5G fun.

We can only expect that Google Pixel 4 is already 5G capable and the launching date is not far behind.

One of the manufacturing giants who have yet to confirm about their 5G smartphone is Nokia. But during the 4G/5G conference in Hong Kong, Qualcomm included Nokia as one of the OEMs gearing up in proving 5G handsets this year.

That announcement back in February, HMD Global’s logo was included in the list of collaborators for Qualcomm’s Snapdragon 855 which is already 5G-ready.

Although HMD Global has yet to give us a definitive announcement about its 5G handset, we can only hope that it will happen anytime this year.

It is no secret that Huawei wants to lead the 5G industry and have been working on perfecting (by research and applications) it for the last decade. Huawei has reportedly spent over $600 million since 2009 on 5G research, so we can only expect that Huawei is all on-board in this 5G train ride.

A 5G chip would be no good without a 5G-ready smartphone, right? And Huawei has that its first 5G phone would be the Huawei Mate X. The 5G capability is not the only good thing about this device though. It also happens to be the brand’s flexible screen display.

Mate X will sport Huawei’s in-house Kirin 980 and Balong 5000 modem, which is capable of a 4.6Gbps download speed. And that is an amazing double the industry standard of 5G.

Huawei is set to launch the Mate X this summer.

One of the OEMs named by Qualcomm as its testing partners of the X50 5G modem is HTC. And regardless of the years of failures in penetrating the industry, like others, HTC is looking forward to bringing its name back in the game with its 5G smartphone.

Rumor has it that HTC will be announcing a 5G phone in the second half of 2019. Although it is not clear from which series or what phone is this.

As a sister company to Huawei, we can only imagine that Honor will be working closely with Huawei in leading the 5G industry. According to Honor’s CEO George Zhao, the very first 5G phone will be launched by the brand.

Although we can’t be sure which device Honor will be launching, perhaps a Magic 2 series with 5G capabilities?

One of the OEMs who wants to bag the ‘first 5G phone’ title is none other than LG. And in partnership with Sprint, they are aiming to give the most reliable and consumer-ready 5G phone.

The most likely phone to make its way in the 5G market would probably be the LG V50 ThinQ, well that is at least according to the rumors.

The title for the ‘first 5G phone’ has absolutely been tried to claim by almost all OEMs, and one of them is Lenovo. According to the brand’s vice president Chang Cheng, Lenovo is striving to deliver the first and most-reliable 5G phone in the market.

And like so many others, Lenovo’s 5G phone will feature Qualcomm’s Snapdragon 855 SoC and X50 modem. But so far that is just it!

According to Motorola, the competition for the first 5G phone has long been snatched by the brand. The Moto Z3 which will be capable with the upcoming snap-on 5G Moto Mod which promises the same lightning-speed IoT.

Although the Moto Z3 is not entirely 5G compatible which gives Motorola some setbacks. And guessing from where the brand is heading, we can’t entirely expect to get a 5G-ready phone from Motorola.

In theory, we can expect a Moto Z4 launching which is expected to be powered by Snapdragon 855 chip and once again will be paired up with 5G Moto Mod.

One of many manufacturers which promises a 5G-ready phone is OnePlus, but is that really what the brand is projecting?

But according to the Shanghai Mobile World Congress last June 2018, CEO and founder Pete Lau has confirmed that early this year OnePlus will be launching a 5G smartphone.

With the upcoming OnePlus 7 and 7T release it is very unlikely though that these devices will have 5G capabilities.

OnePlus is known for providing mid-range smartphones and it is clear that the 5G tech will be a little too expensive than usual. And OnePlus is not one to stray away from the usual.

For sure, a new 5G-capable model will be a side offering with their usual midrange series.

Oppo has stirred up the 5G industry when they claimed that they were the first ones to have access to a 5G network using an Oppo phone.

And according to the Oppo Global Vice President Brian Shen, the successful connection was made on Oppo’s R15 which is still pre-commercially available.

And Oppo also claims to have used WeChat video call using a 5G network. But when it comes to a definite timeline on the smartphone release, that is yet to be announced by Oppo.

This list is going to feel incomplete without including the leading OEM in the market right now. And it would be impossible for Samsung to skip and not join the 5G train ride. Like so many others, Samsung is hoping to take the 5G game to the next level.

Samsung has already revealed a 5G-ready Exynos modem, but even better is the announcement that there might two 5G capable smartphones this 2019.

Starting off is the Samsung Galaxy S10 which will be the biggest yet in the Galaxy series smartphones which boasts an amazing 6.7-inch screen display. The S10 is powered up by Qualcomm Snapdragon 855 processor (US version only) with 256GB storage and 8GB of RAM.

The impressive 4 cameras at the back (12MP, 12MP, 16MP and a 3D depth sensor for AR effects) and the two cameras in front (10MP and another 3D depth sensor) just  completes the whole package.

No word yet as to Sony will ever release a 5G capable smartphone this year. But knowing that Sony is on Qualcomm’s list of 5G partners, we can only hope of seeing 5G Xperia phones.

A Chinese manufacturer took to Mobile World Congress to announce their frontrunner for the. 5G capable phones to be released this year. Xiaomi announced Mi Mix 3 was already in the works as their entry for 5G-ready phone.

It was late 2018 when news came that ZTE will be delaying its release of a 5G-ready smartphone. But during the MWC 2019 drop the news that ZTE will launch Axon 10 Pro 5G late this year.

The Axon 10 Pro 5G is powered by the same Snapdragon 855 and other A.I.-powered systems. This device is set to make its way to the racks in the first half of 2019. Now, the question is could this be the very first 5G-ready smartphone?

And although it is still too early to tell, other big OEMs have yet to make announcement on their 5G smartphone share in the market.

Since 5G capable smartphones has already been in the talks for a long time now. And it is only a matter of time on which big OEMs will launch the first ever 5G-ready smartphone.