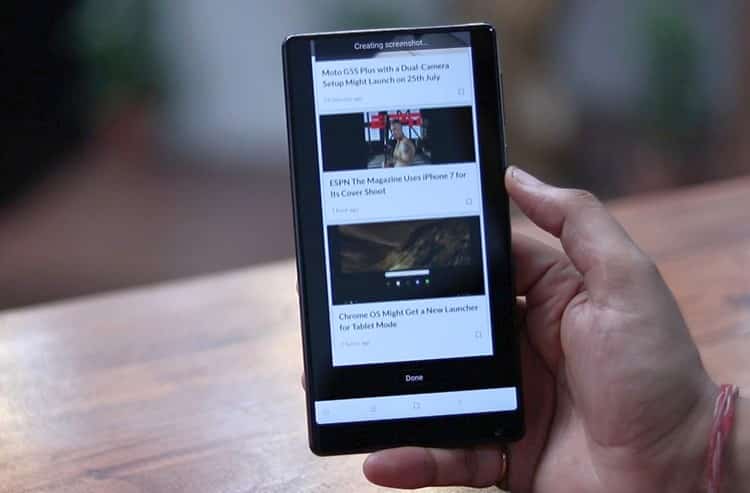 Screenshot feature on smartphones is such a great innovation. But sometimes, users find a hard time taking a screenshot of long conversations. It makes you instantly wish for a scrolling mechanic to make it possible.

There are actually many manufacturers that add the feature on their devices. And considering this, Google is not entirely on board with the idea and is not supporting this feature at all.

Scrolling Screenshots Is “Infeasible” According To Google

Taking screenshots of stuff on your smartphone is pretty convenient especially if you want to save it locally on your device. Imagine if you could do the same to important long conversations or long articles.

Android Police has uncovered two Google Issue Tracker threads which state that Google finds the adding of the scrolling screenshot feature “infeasible”, thus, the company won’t be working on bringing this feature to light.

The scrolling screenshot is noticeably present to smartphones especially to Samsung devices. Once you have taken a screenshot, a pop-up would then allow users to scroll down on their screen display to take another screenshot.

Then, the software would automatically stitch the screenshots together before turning it to one and unconventionally long screenshot.

9to5Google suggests that it could be because of how stock Android handles screenshots. There is no pop-up like on other phones, instead, it relegates screenshots to the notification tray. This can be seen to phones running stock, or near stock Android like the Pixel smartphones.

Big OEMs Already Have The Scrolling Screenshot, Google Does Not Support It Natively

It is not like the scrolling screenshot feature is impossible to happen. Good thing, big OEMs have already incorporated this feature on their devices.

Samsung, OnePlus, Xiaomi, and even Motorola are just a few of the smartphone manufacturers that have the option enabled.

And with that in mind, it could be little challenging to make a scrolling screenshot work, but it certainly is not impossible.

It is a little disappointing that Google is shutting off the idea entirely. And because of the company’s remarks, it seems that the feature won’t be coming to Android Q at all.

We can only hope that Google will change its mind and consider implementing the scrolling screenshot in the future though. As fun as it can be, it is also one useful feature.

But if your Android smartphone does not support scrolling screenshot, you will have to settle for applications which you can download on the Play Store. LongShot is one of the apps that does the job.