There is never a month that goes by that Android does not encounter flaws and issues on its system. And now, it’s time for you to check your phones again.

A new security flaw has recently been discovered in Android. This time, it uses your phone’s Bluetooth to get access to your device.

We all just want our devices to be safe and secure, don’t we? Thankfully, Google still has got our backs and has come up with ways to get our devices secured.

Google’s operating system – Android – is yet under attack. Luckily, the tech company is quick to issue a security update for Android that affects the Bluetooth functionality.

Get this, this flaw has affected about two-thirds of all Android devices now in use. How crazy?

It takes advantage of Bluetooth in Android 8 and 9. Basically, it allows hackers to carry out a code on your device. And the result? These hackers will then have full access to all, and I mean all data that are stored on your device.

Plus, hackers will install malware on your device without your knowledge.

Here’s the thing: it sounds scarier than it actually is. Because it uses Bluetooth, attackers would have to be within Bluetooth range of your phone, which is approximately 33 feet.

Also, the would-be hackers would need to know your device’s MAC address. Although, it can be relatively easy to figure out.

But even so, the flaw is not something that you want to be vulnerable to, right? As much as possible, you don’t want your device to get exposed to it.

It makes you wonder…

How are we going to protect our phones in the first place? And if ever our devices have already been exposed, how are we able to get rid of this security flaw?

A security flaw on the loose! What’s the solution?

The answer? The February 2020 security patch.

For every flaw that comes in Android’s way, thankfully, Google has been very quick in releasing out solutions as well.

This month’s security patch comes with a fix to the issue. And if you are already sporting the latest Android 10, lucky for you, you can now mark your device safe from this flaw. 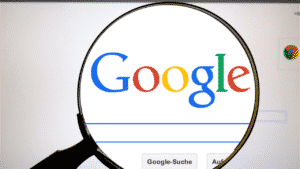 A security flaw on the loose! What’s the solution?

Additionally, researchers are also warning those users with devices that run versions that are older than Android 8 to not assume that they are automatically safe. It can still be entirely possible that the flaw can be found in older versions too.

Luckily for Android 10, although the flaw also exists in the version, thanks to how Android implements Bluetooth, it is not exploitable. Still, it is still worth to have security updates to date as soon as when they are made available.

Let’s face it, not everyone installs the latest security patch when they are available. But knowing that your data is at risk of being stolen or deleted without your knowledge is enough reason to install this month’s security patch. 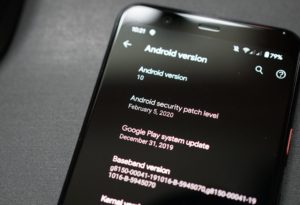 If you don’t want to install the February security patch because of how old your phone is but if you are still worried about this flaw, then the best thing to do is to limit your Bluetooth use.

You can turn off your Bluetooth when it is not in use. Or instead, switch to wired headphones and other devices.

Those are just some of the measures from protecting yourself from exploits like this. It’s the very least thing you can do since it’s unclear yet how many hackers are actually working to take advantage of this flaw.