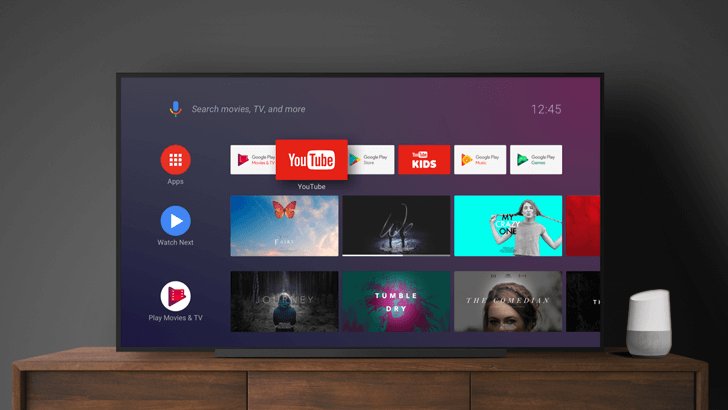 Ever noticed that Android 10 is slowly making its way to Android devices?

Sad to say that Android 10 did not come as a one-time release to the Android handsets. Even Android fans are anticipating the arrival of the latest software update on their devices. Although the release started off slow, only making its way to smartphones back in September, it surely is constant.

And here’s another thing…

The Android 10 update finally made its way to the Android TV. The latest software update on the platform has now been officially released for Android TV devices.

We have already seen the new and improved features the Android 10 brought to smartphones. However, unlike its counterpart on smartphones, Android TV does not include any notable interface-level changes.

So, it all boils down to this: What does Android 10 bring to the table?

According to Google, the latest version brings in the API level 29, as well as key performance and security enhancements on Android TV. These enhancements are already available to smartphones running the Android 10. Additionally, a new developer-focused Android TV dongle called ADT-3 has also been introduced.

Let’s digest all of that, shall we?

Through an official blog post, Google highlights that the Android 10 update will bring in new performance and security enhancements. But that’s not it, the tech giant is also excited for the Project Treble that promises to bring in speedier updates to Android TV devices.

“We’re excited to provide faster updates through Project Treble and more secure storage with encrypted user data. TLS 1.3 by default also brings better performance benefits and is up to date with the TLS standard. In addition, Android 10 includes hardening for several security-critical areas of the platform,” the tech company writes in the blog post.

What else? A new streaming dongle

Google has revealed ADT-3 as its new streaming dongle running the latest Android TV software. The dongle includes a quad-core Cortex-A53 SoC, paired with 2GB of DDR3 RAM. And include a 4Kp60 HDR HDMI 2.1 output to that as well.

The good thing about it is, the ADT-3 dongle would help developers design experiences for the new Android TV version and test the features ahead of the public rollout on third-party devices.

The ADT-3 dongle will be available to developers for purchase through an unspecified OEM partner in the coming months, according to Google. Also, details about the price and manufacturer of the device are still unknown.

It is a little certain that ADT-3 dongle is meant for development purposes only. Last year, Google did something similar when it brought the ADT-2 as its over-the-top HDMI stick. This move is to help developers design new Android TV apps.

Excited for the update on your Android TV? When is it coming?

But in a typical Google fashion, the company has not given a specific date of the rollout yet. So, it is safe to presume that OEMs will be the ones to bring the latest software update to their respective Android TVs.

And here’s another thing to remember. Nexus Player will not be supported anymore. That means users will have to wait for the rollout on devices such as the Nvidia Shield TV to see the changes.

All in all, if we stick to what XDA Developers reported through a purported roadmap in September, Google has got some pretty big plans with Android TV for the next year. Furthermore, the company may launch a “hero” device with smart home experiences and bring Google Stadia integration within new Android TV devices.