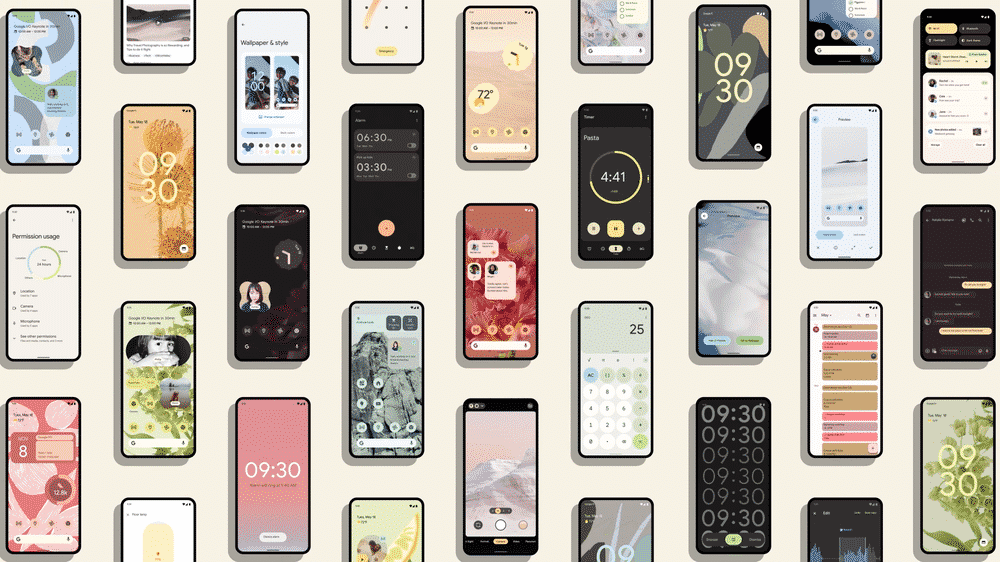 Google just announced the release of the third beta of the latest Android 12. It seems like it is right on schedule.

Android 12 Beta 3 offers new features that will excite many users such as scrolling screenshots, improved auto-rotate, Wi-Fi toggling fixes, and many more.

According to Google, this version of Android 12 has the “Android 12 APIs and the official SDK.”

This means that there should not be any major feature changes in the upcoming betas. Also, this means that Android 12 is well on track for its fall release.

Now, that the third beta is publicly available. What are the exciting features that await users?

Probably the most exciting of all the features added in Beta 3 is the scrolling screenshot feature.

When you screenshot something on your phone that is too long, normally, you would have to do it in sections. This is where the scrolling screenshot comes in handy.

This feature lets you capture a screenshot of content that’s scrollable. You can now avoid stitching your multiple screenshots together in an editing app or sending/posting many photos.

Many OEMs already have had their own scrolling screenshots application for years now. But Google has been working on a platform-level feature since Android 11’s developer preview last year.

The scrolling screenshots work in Android 12 because once you capture a screenshot of scrollable content, you will see a new “capture more” button in the screenshot preview.

When you tap this button, Android extends the screenshot to show the full screen for the users to crop.

The scrolling screenshots will work out-of-the-box for apps that use a standard View-based UI. On the other hand, apps that don’t use View-based UI will need to apply the new ScrollCapture API to command the system how to capture the screen.

Another addition to the Android 12 Beta 3 is the new and improved auto-rotate screen feature. Google has optimized the animation as well as the redrawing of the screen.

Also, the tech company has added an ML-driven gesture detection algorithm. Generally, these changes turned down the latency of auto-rotation by 25%.

If you own a Pixel 4 (or later Pixel phones), there’s another improvement to auto-rotate. And users can choose to enable or disable this feature. To enable, do the following:

Go to Settings > Display > Auto-rotate screen where a new “enable face detection” option can be found. Once enabled, Android 12 will use the front-facing camera of your device to detect when the screen should be rotated.

Hopefully, this will limit the unintentional screen rotations especially when you’re lying down. According to Google, photos captured by this feature are processed on-device within your phone’s Private Compute Core.

Rest assured, none of the photos will be stored in the cloud and they never leave your device.

Fast and quick copying of links from recent apps overview

The Pixel phone has a Device Personalization Services app that provides many features. In particular, the app uses OCR to get text and images from the tasks in the recent apps overview.

Now, a new action has been spotted in the recent apps overview. When you are doing a task that contains a URL, like Chrome or Edge, Android displays a link icon, and when clicked, lets you easily copy or share the URL.

Disable ‘Swipe’ to use Assistant gesture

Are you already tired of swiping up just to command Assistant? Then, you will be happy to know that Android 12 Beta 3 presents a toggle to disable that gesture.

Beta 3 has a more refined and more integrated look for the media player. Everytime the users pause media playback, Android 12 continues to show the media player under the Quick Settings panel –– this way, users can easily resume playback of whatever they were listening to.

Additionally, users can opt to disable this feature as well simply by going to their device’s Settings > Sound & Vibration > Media.

Sadly, the feature does not work yet since it’s tied to the upcoming “Live Space” feature. What it does is that the widget will show media recommendations everytime audio accessory like headphones is connected to the device.

“Live Space” formerly “At A Glance”

In Android 12 Beta 3, the “At A Glance” widget is now “Live Space.” However, there is no new functionality added to the widget at the moment.

But the widget is set to gain a couple of new features that aren’t found in the “At A Glance” widget. Some of the said features include an “At a store” toggle to command shopping lists and Google Pay rewards, media recommendations toggle, and information related to stocks, sports, and many more.

Previously, Android phones didn’t display how much storage your phone’s trash is taking up. Android 11 introduced a trash bin where users can find their deleted files in one place.

In Beta 3, users will now see how much space is being held by deleted files as this folder will display the storage it takes up on your device.

One thing’s for sure with Android 12, it offers a simplified connectivity experience by merging Wi-Fi and mobile data tiles into one tile called “Internet.”

Once you tap the tile in Quick Settings, it launches the “Internet” panel at the bottom of the screen, which allows you to change your Wi-Fi network or toggle mobile data.

In addition, users will no longer need to go into settings to turn off their device’s Wi-Fi. The new toggle called “Turn off Wi-Fi” at the bottom will now do the trick.

The new Android 12 is very promising when it comes to useful and amazing features. If you want to try out the features mentioned above, you can download public here.