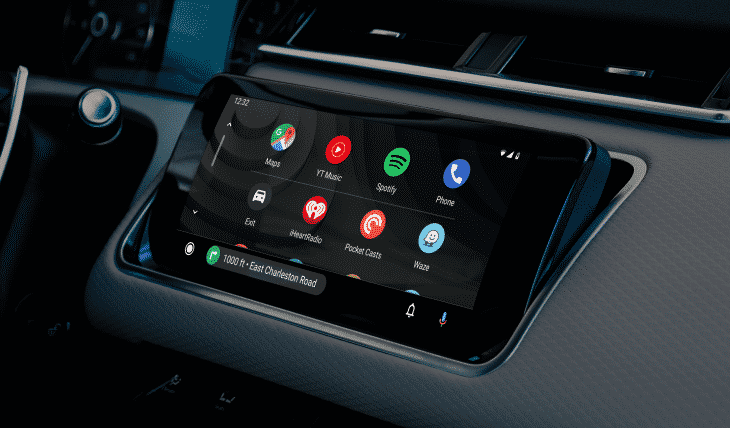 Are you a driver who relies on navigation systems to get to where they’re going?

Well, you are not alone. That’s why navigation systems such as Android Auto are such helpful tools.

And good news, Google just announced that Android Auto will be getting minor, yet refreshing UI updates –– this includes the redesigned YouTube Music app.

It was only a few days ago when Google released an Android Auto update. And now the tech company is back at it again, rolling out another version of the navigation app. It looks like the company is moving away from its typical one-update-every-month style.

The newly released Android Auto version that users can now download is version 6.6.1122, meanwhile the previous update version was 6.5.1119, released May 28th.

If you have been using the app for a while now, then you already know that Google does not provide any changelog for the Android Auto updates that the company releases.

But unless they are major updates, Google accompanies it with an official announcement that the company publishes in its blog.

The question that remains now: what’s new in Android Auto 6.6?

We already know that various new features are already in the works, and there’s a chance this update will pave the way for their other features. And that is in addition to a series of bug fixes and optimizations.

During the I/O 2021 last May, Google announced that Android Auto would support Fast Pair in some cars. This means that some users would only need just a single tap to pair their Android devices with the head units of their vehicles.

Putting things into perspective, this makes it even easier for users to connect with their devices and vehicles –– a straightforward and easier configuration for users.

Moreover, Google might also be working on an Android Auto connection troubleshooter –– this for those relying on the wired mode. What it does is that it helps users deal with issues encountered when launching Android Auto with a cable –– even being able to detect a bad cord.

The YouTube Music app for Android Auto is also getting a minor refresh update on its UI. The update brings a more intuitive app especially when the app is used for driving.

The updated design adds new tabs to the app that lets users easily access recently played songs as well as your library and music on your device.

The new update has started rolling out to some users already. Below are the screenshots of the updated UI: here you can see that the new interface has ‘Home,’ ‘Last Played,’ and ‘Library’ tab for easier access.

The above-mentioned tabs will replace the app’s current main menu interface that covered the entire screen.

Together with these tabs, the app has also received an additional ‘Device files’ tab that gives users easy access to music files on your device.

The YouTube Music app will not have a back button since the app will no longer require users to go back to the main menu to access the options mentioned above.

On the other hand, the app remains almost the same. It still features the scroll bar to the left of the songs, albums, and playlists. Plus the album art will still be displayed in rows of three.

You will not see that many changes in the UI but it should offer a faster and safer experience with users, especially when driving.