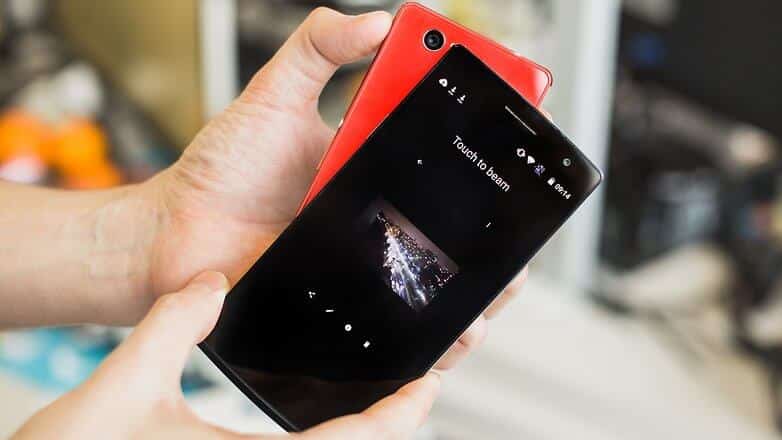 Earlier this year, during Google’s annual I/O developer’s conference, the tech company confirmed it will get rid of the Android Beam on its newest OS update – Android Q. The Android Beam is a way of sharing files between Android devices and Chromebooks using near-field communications (NFC) technology.

This technology allows sharing or transferring of photos, videos, and other files just by placing the device back-to-back. It was initially introduced with 4.0 Ice Cream Sandwich back in the year 2011.

But as simple as the method works, it seems that Google is making an alternative named ‘Fast Share’, which is similar to Apple’s AirDrop system on its iOS and Mac.

Google is making an alternative to Apple’s AirDrop for Android

Google’s ‘Fast Share’ is being regarded as similar to Apple’s AirDrop. When in fact, it is more similar to the standalone app Files by Google app (previously Files Go) in terms of functionality and interface.

Aside from images and videos, URLs and snippets of texts can also be shared using Fast Share on Android. Files can seamlessly be transferred from and to nearby devices without a need of an internet connection.

The functionality can be accessed in the system’s share sheet, using Google’s blue diamond-shaped Nearby icon. On the other hand, the sharing process can also be access by heading over to the phone’s system Settings > Google > Fast Share.

Sending files to other devices

The process of sending files is relatively simple. First, enter a “Device Name” then tap “Turn On”. It requires Bluetooth and Location to be turned on. Devices should be close in proximity, plus any nearby devices will appear below as well.

Once you select a device to send files to, a fullscreen user-interface will note what is being shared and display of an progress indicator. The Fast Share feature will work on Android devices, Chromebooks, smartwatches, and iPhones as well.

Receiving files from other devices

Aside from that, there is also a fullscreen user-interface with the same controls. Files can be opened right away after receiving them.

Users can also opt for “Preferred Visibility” for people who are frequent senders. You can activate this in the top-right corner of the main sharing interface.

According to 9To5Google, the Fast Share feature on Android will likely work even on previous versions of the OS given that it is a Google Play services feature. But, it is unclear at this point, when exactly this helpful feature will be launched.