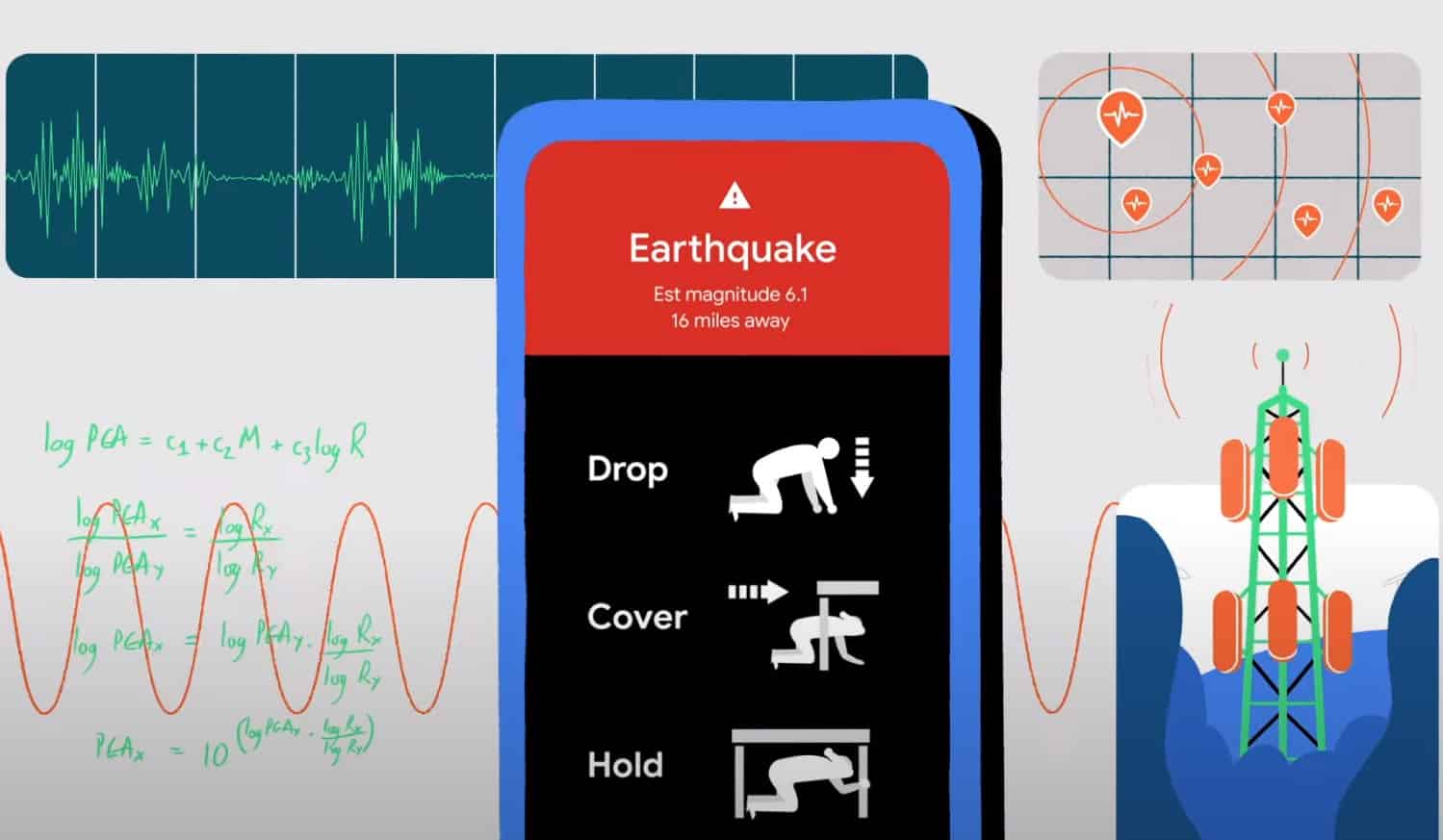 When talking about earthquakes, the development of early warning systems are one key to potentially saving many lives. Google has acknowledged that it is now working on a feature that will send out an earthquake alert to Android users in affected areas.

The tech company is working on a worldwide, Android phone-powered earthquake alert system. And the good news is that the first part of the system rolls out today, starting in California.

As for other regions, the tech company is still testing a launching of a crowdsource-based approach, relying on the accelerometers present in almost all Android phones.

If you are an Android user and you choose to opt-in, the accelerometer on your Android phone will become one data point for an algorithm designed to detect earthquakes. That system will automatically send out a warning to people in affected areas.

This feature is made possible through the hundreds of thousands of Android phones across the globe and clever use of algorithms on big data.

The Californian warning system has been developed in cooperation with the United States Geological Survey (USGS) as well as California Governor’s Office of Emergency Services (Cal OES), which rely on the existing 700 seismographs in the state.

Also, the technology is based on the ShakeAlert system that is present as an early warning instrument on the West Coast. Now, when an earthquake is detected, Android phones in the affected area will display a warning.

This warning will display a red, flashing earthquake alert that tells you to do three things to protect yourself: drop, cover, and hold.

Unfortunately, as amazing as these technological advances may be, application will still be limited as not all regions in the world are equipped with seismographs. Google has to try a different approach in these regions.

The tech company is using the collective power of idle Android phones’ accelerometers. These are capable of detecting the so-called P-wave. This wave is what precedes the potentially devastating and stronger S-wave.

According to Google, “if the phone detects something that it thinks may be an earthquake, it sends a signal to our earthquake detection server, along with a general location of where the shaking occurred. The server then combines information from many phones to figure out if an earthquake is happening.”

Californians will be the first ones to receive earthquake alerts on their Android phones. Meanwhile, the rest of the world will have to wait while Google refines its crowdsourcing approach in order to come up with up-to-the-minute warnings.

Although it’s unclear whether all Android phones or versions of the OS work with this new feature, there are suggestions that it will be widely available.

Also, we’re anticipating that this feature will rely on Play Services. This means that once it’s ready for use, it will automatically show up on your device. The user will not be required to take any action, no updates required.

There is no word yet as to whether you can opt-out of the feature. But for something that is this useful and helpful, it’s likely to be extremely popular. This technology is just another example of how smartphones can be utilized for meaningful, and in this case, potentially life-saving purposes.