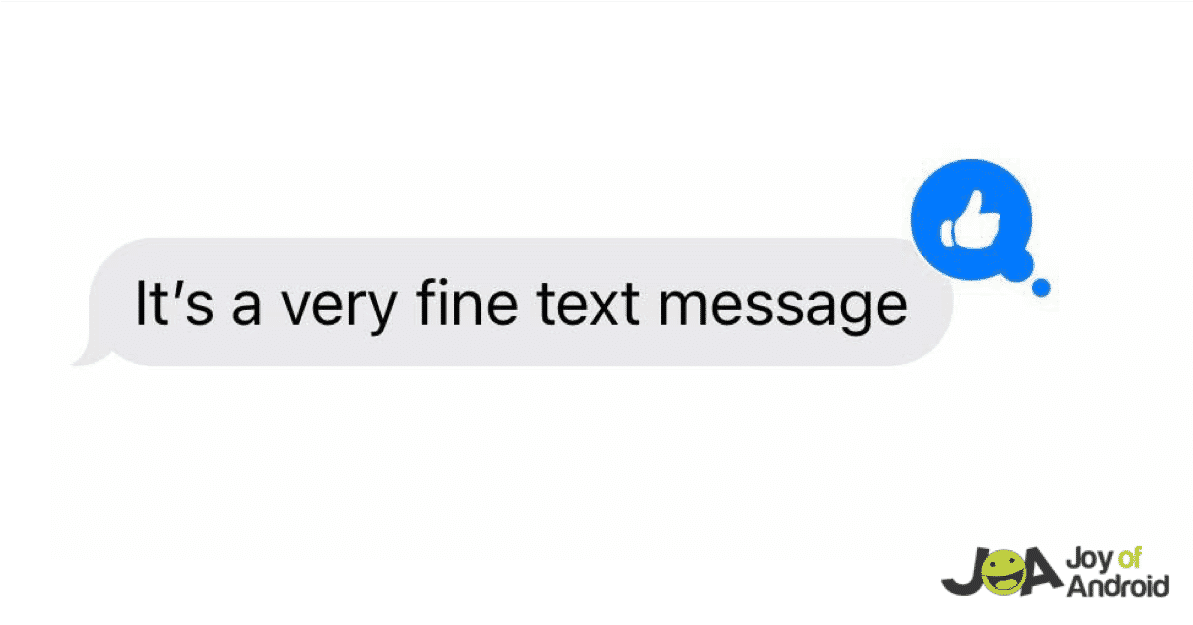 Admit it. In a group message full of iOS users, Android users can’t help but feel out of place especially when all of them start using iMessage. Not to mention the iMessage reactions.

Before, Android users can only see the reactions via text and it actually takes the fun out of it. But, not anymore as Google has the perfect solution for the green bubbles Android users see in Messages.

The company is rolling out a solution to iPhone “tapbacks” to Android phones starting today.

One setback about having a different operating system is that Android users can’t properly see iMessage reactions, also known as Tapbacks. In iMessage, Tapbacks are the reactions that appear when you long-press on a message.

On the iPhone, users can choose one of six reactions that are displayed on top of the message when texting between iPhone users. But, this is when it gets clunky –– when an Android user joins in.

Android users will now see the reactions but text strings that clutter the conversation with “Ray laughed at” or “Denise loved” and then the message to which the user reacted.

Late last year, a beta shows that Google is working on making it a little bit better for Android users. The beta was up for those who want to try it out, however, it is not yet publicly available to all users.

Thankfully, that has gotten a whole lot better now. When an iPhone user reacts to a message, the Android user will see a small emoji just below the message (whilst it is above the message in iPhones).

Nonetheless, it’s the same function as if they were using an iPhone. The most important thing is, Android users can now see these reactions properly rather than just a string of text.

The emojis are not exactly the same lineup Apple’s reactions, yet, they are relatively close enough where there shouldn’t be any confusion. Here’s what you can expect Google Messages’ tapback responses:

Once you tap an emoji, a banner at the bottom of the screen appears that says “Translated from iPhone” together with the chosen emoji. The tapback even come in as quickly as a text message and has a bit of animation that feels like a nice touch.

How do you activate it?

It is a good thing that Google has finally addressed this small yet annoying issue. Although there is a little difference, it is safe to say that this issue has been solved.

To be able to use the feature, you must be using the Google Messages app and have the Show iPhone reactions as emoji switch turned on in the Advanced Settings.

The good thing is, it seems to be working with every carrier. However, in a true Google fashion, the rollout is staggered. Currently, the feature only appears to be live on some Pixel phones.

In other news, WhatsApp is also reportedly developing its own tapback system that should appear in the upcoming WhatsApp beta available to Android and iOS users before rolling out to a stable version.