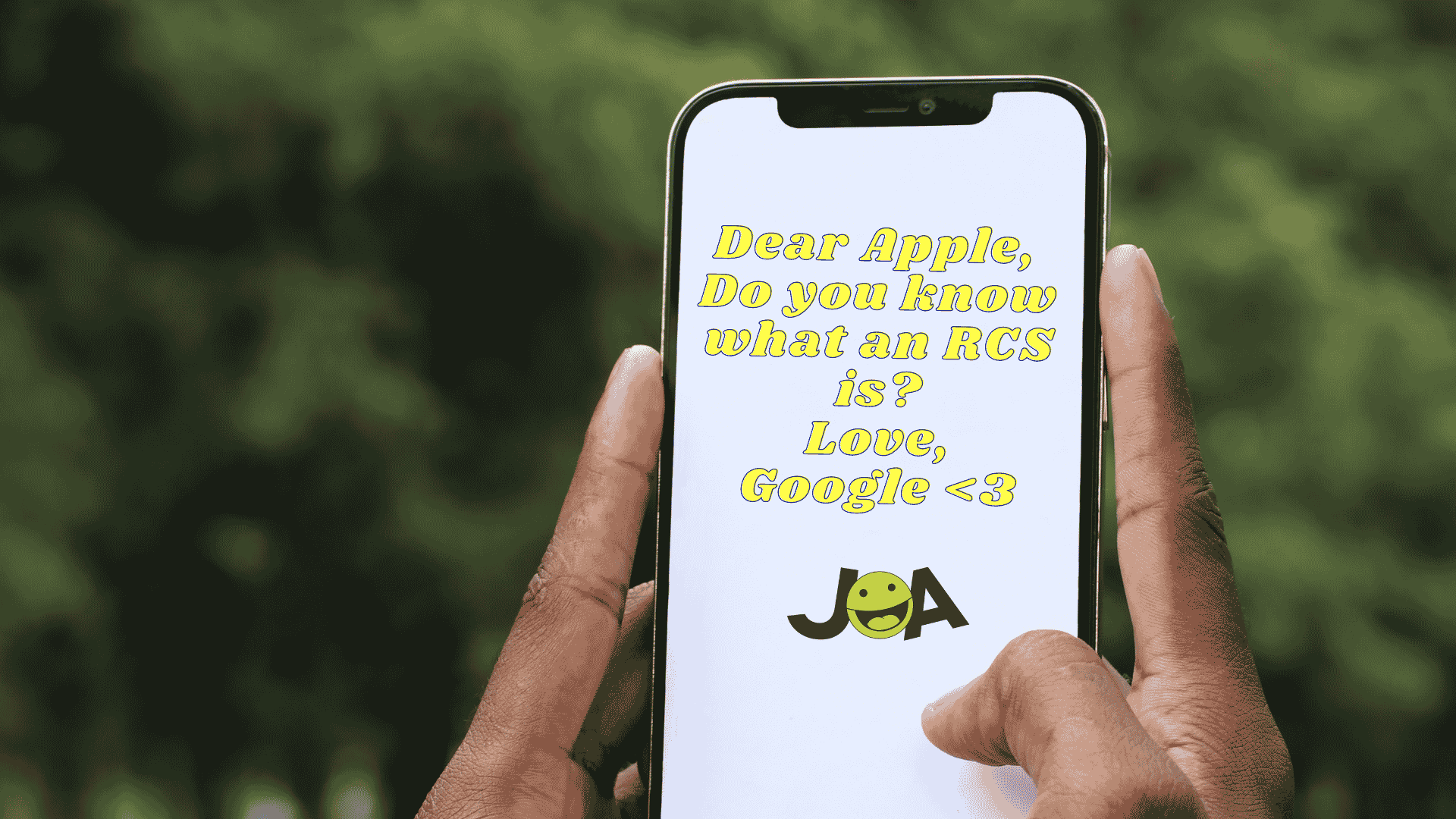 On the 17th of June, 2022, Drake released his latest album, ‘Honestly, Nevermind,’ with one of its tracks named ‘Texts Go Green,’ and if you are an Apple user, you might know what that means.

But if you are an Android user, you might be confused. What does ‘Texts Go Green,’ even mean? In the song, the line itself refers to speech bubbles turning from the usual blue to green when the receiver blocks you on iMessage. So here, Drake is talking about someone’s texts going green because he has blocked them.

I know what you are thinking, “what does any of that have anything to do with Google calling out Apple?” Well, here comes the catch. When using iPhones, the texts go green for another reason as well. The texts go green when the iPhone user is texting an android user.

This lets the iPhone user know that they are texting an android user so as to understand that a few of the iMessage features won’t work when they are texting someone who has an android device. While this seems like a fairly necessary trait, it has also caused harm in some ways. Many people, especially American teens have fallen prey to bullying caused by owning an android phone.

While there are a few specific traits an iPhone has that an Android doesn’t and vice versa the iMessage is the most prevalent difference between the 2 because it is entirely an Apple-exclusive messaging application. And it is an application that blatantly shows/indicates to the user that the other person is using an android phone.

iPhone users often mock or dismiss android users for apparently owning ‘the lesser phone.’ And iMessage, in a way has enabled this very behavior. Often, the younger user base has used the platform as a way to isolate android users. They even go as far as to say, “green texts don’t get texts back.”

But it doesn’t stop there. Popular culture has only fueled the fire and thus many articles posted by famous publishers have also taken a jab at android and its users. An example of this is the ‘Bad News: Bachelor Nation’s Mike Johnson Is an Android Guy,’ article that was published in Cosmopolitan.

In it, the author of the article talks about how Mike Johnson, a participant in The Bachelorette and Bachelor in Paradise, seems like the perfect guy, but since it has been revealed that he uses an Android phone, he might not be worth fawning over anymore.

Here’s an excerpt from the article that will perfectly explain this:

“Yes, it’s a little bit harsh to judge Mike on his questionable smartphone selection, but come on. Choosing to purchase an Android is such a weird flex. People will tell you they did it because it has a “really great camera” or is waterproof or something, but TBH, an Android could literally fold my laundry and I still wouldn’t force my friends to look at green text bubbles. It’s a very real thing, you know.”

In the article, the writer cites Grayson Earle, a professor, who told The New York Times, that he believes Apple makes the green texts look less appealing on purpose and how it’s intended to create a false in-crowd thing.

Only to immediately say, “Uh, well…it’s working! I wonder if this is why things never took off between Mike and Demi Lovato? LOL.”

Another writer who works for Gizmodo, who was also an android geek, wrote an article about how embarrassed he is to have an android and is switching over to iPhone just cause his ‘potential girlfriend’ did not respond to him after finding out that he uses an android phone. And she found that out because of the green text bubble.

It doesn’t stop there, you can find memes and videos on Twitter, Instagram, and YouTube, making fun of the green bubble. Android users weren’t the only ones who were offended by this treatment. The Korean tech giant, Samsung, launched an entire Giphy page loaded with comeback GIFs they can send to self-righteous iPhone users.

Yes. The ‘texts going green,’ has become a very real phenomenon for all the wrong reasons.

So What Did Google Do?

Google has criticized the green bubble phenomenon in iMessage twice this year. The first time was earlier this year when Google’s senior vice-president, Hiroshi Lockheimer, criticized Apple for apparently taking advantage of this “peer pressure” and “bullying” around iMessage.

But this time Google became sassier. When the Canadian Rapper Drake, released his latest album, ‘Honestly, Nevermind,’ with one of its tracks being named, ‘Texts Go Green,’ on the 17th of June, 2022, Google wasted no time in creating an “unofficial lyric video” for the song.

If only some super talented engineering team at Apple would fix this. Because this is a problem only Apple can fix. They just have to adopt RCS, actually. It would make texting more secure too.

Google’s criticism of green bubbles came after a Wall Street Journal article that showed the dominance of iPhones among teens in the US. The article issued in January 2022, noted that many teens and college students in the market felt social pressure to switch to an iPhone due to being seen as a green bubble in texts.

What do you think about this phenomenon? Lets us know in the comments below.