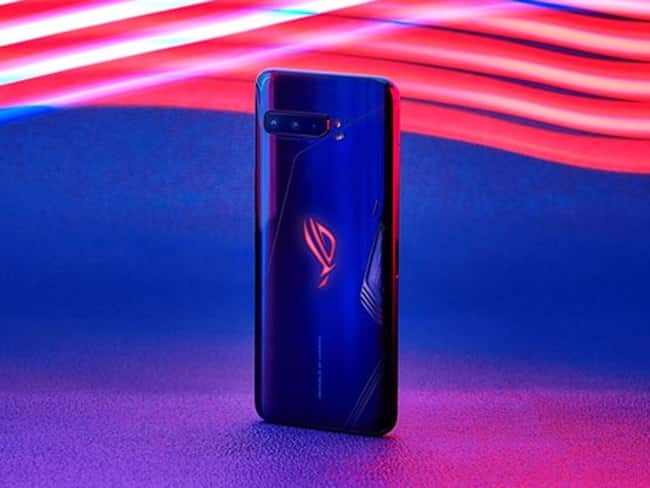 Most smartphone manufacturers launch dozens of devices yearly –– but not ASUS.

The Taiwanese tech company only launches a few smartphones every year, including the ROG Gaming phone and the ZenFone lineup.

And even the ZenFone lineup comprise of only a couple or at max of three phones.

Despite the small number, each of these phones are unique in their own and set the company apart from its competitors.

With that, it looks like ASUS is working on a new smartphone, only this time along with Qualcomm.

There is rather an unknown ASUS smartphone carrying a model number ASUS_I007D. The smartphone was spotted by the sharp eyes of folks at XDA Developers at the TENAA certification website.

The first half of the year in and it looks like ASUS is cooking up a new gaming smartphone.

Noticeably, the Qualcomm “Snapdragon” logo on the back differentiates this new smartphone from the company’s very own ROG gaming line.

Technically, this device was assigned to a device codenamed Vodka that was recently spotted in the kernel source codes of ASUS’ latest gaming phone –– the ROG Phone 5.

The new gaming smartphone was discovered on the Chinese certification site TENAA. The website released photos of the handset that include major features and specifications.

Looking at the released photos, the design of the handset is clearly seen. On the back of the device, the ASUS logo is found on the bottom. Meanwhile, the Snapdragon logo is located in the center.

And just above the Snapdragon logo is the fingerprint scanner. Additionally, you can see a horizontally positioned rear camera set up.

Qualcomm and ASUS coming up with a brand new gaming phone

To address the elephant in the room: are Qualcomm and ASUS working together for a brand new gaming phone? Really, this smartphone is also rumored to be a Qualcomm gaming phone.

According to the TENAA listing, the smartphone will be powered by Qualcomm’s Snapdragon 888 chipset with a 6.78-inch OLED display screen.

It is rumored that Qualcomm is contemplating introducing its own gaming smartphone brand in the near future. According to a reliable source, the chipmaker is working with another company to develop its own mobile gaming smartphones.

“Qualcomm apparently will link up with Asustek Computer to create and market its own-brand gaming cellphones at the earliest, according to industry sources,” according to a DigiTimes story.

To put it in another way, Qualcomm will collaborate with ASUS –– the latter will manufacture the former’s gaming devices. As claimed by other industry insiders, the first model in this new portfolio will appear as early as the end of 2020.

What to expect from this brand-new gaming smartphone?

The TENAA listing has disclosed some essential features of the device. It seems that the device will also be recognized as the brand’s very own ROG Gaming smartphone range.

The ROG Phone 5 will feature a very strong Snapdragon 888+ processor. Also, the smartphone will be powered by a decent 3,840mAh battery. The rear will have a 64-megapixel and 12-megapixel camera sensors.

This gaming smartphone will run on Android 11 with a entry-level variant featuring a 12GB of RAM and an internal storage of 512GB.

As much as we’d like to know more about the device, this is all what’s being disclosed in the website. But, stay tuned for more as we will be posting updates regarding this very promising smartphone.