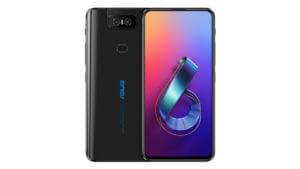 Asus Zenfone 6 gets the latest Android 10 update in India

Asus’ flagship 6Z is just one of the latest handsets to receive the latest Android 10 in India. The handset is also known as the Asus Zenfone 6Z and Asus Zenfone 6 2019 in the US, where the update is also already rolling out.

New and exciting features await the handset such as system-wide dark mode and customized navigation gestures. However, the phones are still in the October security patch and have not been raised by the Android 10 update. 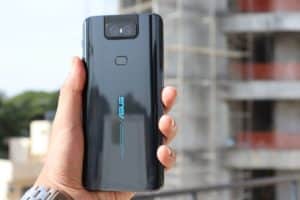 The Asus Zenfone 6 is the surprise mid-range flagship phone of the Taiwan-based manufacturer for this year. If users are looking for a mid-range specs phone with an affordable price, then this is the phone to have. And there has already been a confirmation that Android 10 has begun rolling out.

As per the changelog shared by Asus, the biggest change introduced is obviously the upgrade to Android 10. New features include a dark theme and fully gesture-based user-interface navigation. The update also brings Smart App support on messages.

The new features to grace the Asus Zenfone 6

Below are the complete changes that you will notice once you update your Asus Zenfone 6 to the Android 10: 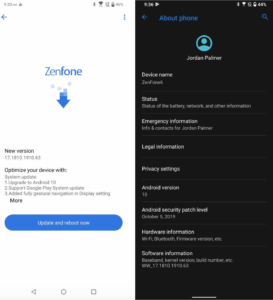 Smart App support on messages – Android 10’s new feature suggests a set of actions, like opening Maps if an address is sent to you and Calendar if it recognizes a date. Also, it eliminates the need to copy text links and paste them in the appropriate app manually.

Better Privacy and Security – Expect the latest privacy and security measures in the latest Android 10. It offers security updates to your devices at a faster pace in the future.

Fully gesture-based UI navigation – Users can now completely do away with on-screen navigation keys for a more dynamic gesture-based user-interface navigation. On the other hand, it also helps apps occupy the full size of the screen display.

Slowly the Android 10 is coming to more and more devices

Below is the changelog to the Android 10 update on the Asus Zenfone 6:

The Android 10 update is gradually rolling out to Zenfone 6 handsets just like any other Android updates. So, if it has not reached you yet, give it a day or two for its availability.

Alternatively, you can download the new firmware from ASUS right now. However, you may lose all the data on your phone so you have to make sure that you know what you are doing if you are to undergo this process.