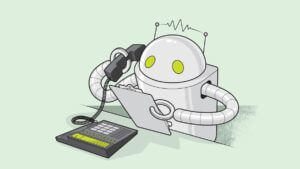 Last June, the Federal Communications Commission or FCC has ruled that carriers could block robocalls by default. And it does not even need for consumers to opt in on it. And now, AT&T has enabled its Call Protect service for its new and existing customers.

AT&T is the very first carrier to follow through FCC’s ruling. New customers of the carrier will automatically have Call Protect enabled in their lines, so they do not have to turn anything on to enable the service. Meanwhile, existing customers will have it enabled in the next few months.

Over the past few years, robocalls has become increasingly prevalent and inescapable. I’m sure a few people would not mind getting a couple of these calls, but for some, it is just plain nuisance especially when these calls just keep on coming.

In light with the FCC’s ruling, we might just be able to get rid of those fraudulent, spam and robocalls that has been bugging us for quite some time now. And most recently, AT&T has announced that it will enable its Call Protect service for its customers.

Fraudulent, scam and robocalls will be blocked with AT&T’s Call Protect service

AT&T’s Call Protect service detects and blocks fraudulent calls. It automatically flags down telemarketers and spam calls as “Suspected Spam” when your phone rings. Also, the service allows you to maintain a block list to specific individual numbers.

The carrier’s Call Protect service has been around and available for free. However, customers will have to download the app and actively enable it to your account. But thanks for the FCC ruling, AT&T can activate it for you.

But if you would rather receive these type of calls, AT&T will still allow your to opt out of the Call Protect service. Out of all the major US carriers, AT&T is the first one to offer blocking robocalls to its customers for free.

According to AT&T website, below is the list of what Call Protect service brings to the table:

Are other US carriers offering the same service?

T-Mobile has ScamID which offers similar features with Call Protect, which customers will have to enable the Scam Block feature manually. Unfortunately, the Name ID feature that identifies numbers will cost T-Mobile customers extra.

Verizon also has Call Filter, similarly, the service needs to be enabled manually by the consumers, even the free version of it. On the other hand, Sprint’s Premium Called ID would also cost extra for its customers and won’t likely be enabled for free anytime soon.