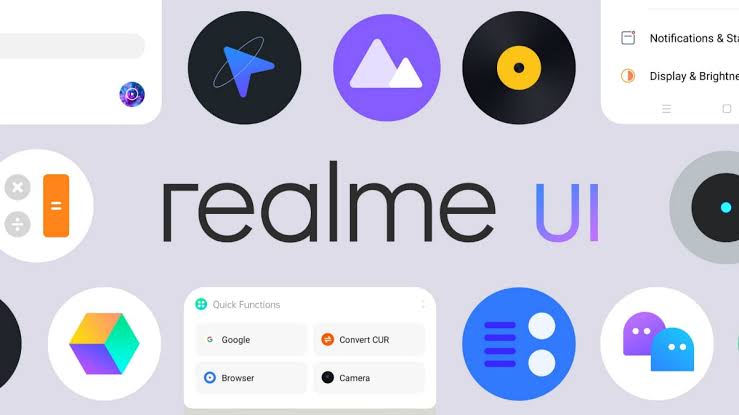 Realme may not be one of the popular smartphone manufacturers but they are definitely slowly making a name for themselves. And now, the Chinese phone manufacturer has unveiled the Realme UI.

But what is the fuzz all about?

Basically, this user-interface will power up RealmeUI’s upcoming smartphone and even their current flagship phones as well. You might be a little skeptical about this especially if you have been an avid Android user. But Realme says that the user-interface is based on the latest Android 10.

But can users still get the sweetness of the latest Android features? And how noticeable are the differences with the Realme UI?

I bet many of our readers here are curious to know what the Realme UI is all about? Let us all find it out together, shall we?

Late last year, Realme came clean with the existence of the Realme UI. And now the company has finally revealed details of its custom Android interface. On Monday, the Chinese phone manufacturer said in a press release that Realme UI will follow the ‘Real Design’ aesthetics.

Here’s the thing: Realme UI is based on the recently released ColorOS 7, which was already known even before. According to Realme, this new user-interface will more stock Android in order to achieve a smoother experience and performance.

Also, the company will be ditching some of the conspicuous styling elements and designs found on the ColorOS 7 for a smoother experience. Additionally, as already mentioned, the Realme UI will be based on the latest Android 10. So rest assured, you will still see a lot of same old Android features… and even more.

According to Realme, this user-interface will leverage Oppo’s Quantum Animation Engine and will bring a totally revamped home-screen arrangement, icon styles as well as notification center design.

The good news? The dynamic design and features will also allow for smoother and more enhanced user experience, Realme said. The company also added that the new aesthetics will be favorable to young customers.

What is there to see in the Realme UI?

Well, Realme UI is coming with a lot of new visual enhancements in areas such as the system colors, icons, wallpapers, and animations. The users will then be able to adjust the icon size, shape and transparency, the actual image of the icon can also be replaced with whatever is preferred.

Realme UI will come with 11 new wallpapers which are specifically developed itself for the new home screen. The beauty of these new wallpapers is that they are inspired by natural elements and there is a color scheme to match for each. All the animations such as the app launch animation and more have been redesigned.

If you think you have enough of the features mentioned above, just wait until you see read this. Realme will be providing some power-saving features inherited from the Android 10 operating system with some of the trendy functionalities.

And the most important feature is, there will be some security features called Personal Information Protection. And to those who are a little smartphone-addict, worry no more. Realme UI has included a Focus Mode, so you can use your time wisely with your smartphone.

Roadmap: When the Realme UI is coming to you

Excited with all those amazing and cool features?

The Realme UI will be available to all Realme smartphones including the latest and upcoming phones starting this month. But the latest Realme 3 Pro and the Realme XT will be getting the first dibs on the new user-interface before other phones.

By Q3 of this year, it will reach the budget segment smartphones like the Realme C2. Finally, upcoming Realme smartphones will come preinstalled with the Realme UI, which is based on the Android 10, right out of the box.