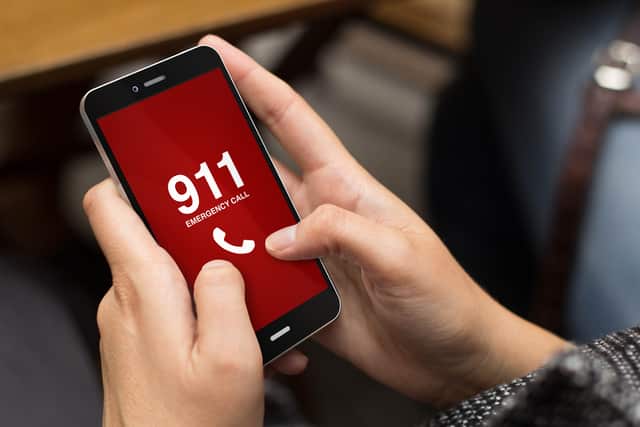 Did you ever have an emergency wherein you need to call someone, yet, you can’t get your call across?

Worse is, if your situation needs emergency respondents and your call just won’t get through. It’s a matter of life and death situation that’s why the response should be immediate.

Unfortunately, that is exactly what happened in Calhoun County where some Android phone users can’t call 911 for their emergency needs. There seems to be a glitch on these phones that prevents them from calling the emergency number.

A glitch prevents some Android phone users to call 911

On Tuesday, Android phone users in Calhoun County experienced a glitch that prevents them to make 911 calls. The County’s Consolidated Dispatch has brought attention to the issue.

On a Facebook post, the Calhoun County Consolidated Dispatch says that the glitch has something to do with Android and Microsoft Teams.

The incident was first reported on Reddit by a Pixel user who was trying to call 911 to get help for his grandmother who have suffered from a stroke.

“My phone got stuck immediately after one ring and I was unable to do anything other than click through apps with an emergency phone call running in the background,” the Redditor user wrote. “This is all while the phone informed me that it had sent my location to emergency services. Sadly I couldn’t tell the person on the other end what apartment I was in, or what the actual emergency was as I was unable to speak to a human.”

According to Mashable, you won’t realize the problem is on your end because the phone will keep on ringing. But when you go and check your call logs, the outgoing calls don’t show up.

Google immediately investigated the issue and confirmed it was able to replicate the problem. The tech company, however, reassured that the issue is isolated to “a small number of devices with the Microsoft Teams app installed when the user is not logged in.”

“We determined that the issue was being caused by unintended interaction between the Microsoft Teams app and the underlying Android operating system,” the company said on Reddit. “Because this issue impacts emergency calling, both Google and Microsoft are heavily prioritizing the issue, and we expect a Microsoft Teams app update to be rolled out soon.”

In the meantime, Google recommends the following tips for Android users who might have experienced the glitch: