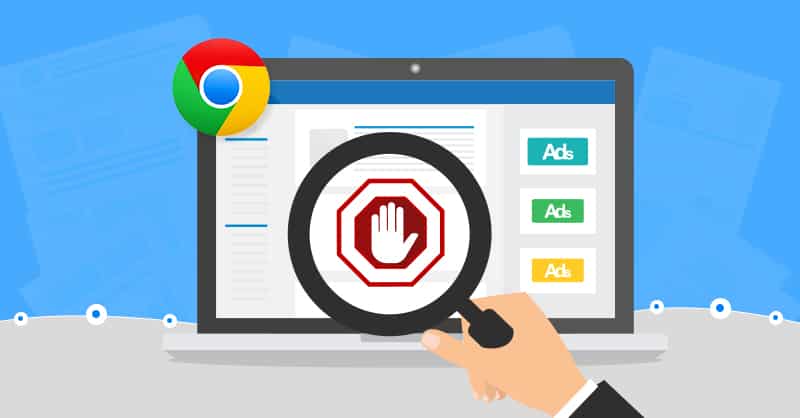 Are you sick and tired of those crappy video ads on Chrome?

If yes, then you are not alone.

Many companies and content creators try their hardest to balance the number of ads and videos on their sites so as not to force their subscribers and visitors to use ad blockers.

Meanwhile, others just do not seem to care at all.

That’s why Google is taking the initiative in hammering down on websites that are trying to force their video content with infuriating advertising starting this August.

Back in 2018, Google introduced a built-in ad blocker for its Chrome browser. This blocker forces sites to either comply with industry standards or have their ads completely blocked.

In addition to that news, on Wednesday, the tech company announced that it is extending the ad blocker to videos now.

That’s good news, right? It is not just ads that are annoying and maddening now but also video ads that you can’t just seem to skip.

According to Google, beginning the 5th of August this year, websites must stop serving specific types of video ads or the tech company will completely stop showing all of the ads on those websites.

The decision follows a new Better Ads Standard from the Coalition for Better Ads, for short-form video content on both desktop and mobile. This coalition is a big business group that Google is a part of.

Research from 45,000 consumers in eight countries has have this guidance based on. This takes aim at disruptive and annoying video ad formats.

Today, the group responsible for developing the Better Ads Standards, the Coalition for Better Ads, announced a new set of standards for ads that show during video content, based on research from 45,000 consumers worldwide. –  Jason James of Google

What types of videos are disruptive and will be blocked by Chrome?

Not all video ads on the internet are annoying and disruptive. There are also some that are entertaining and very informative. However, there is a very thin line between just showing ads and trying to shove it in the subscribers’ throats.

But just to give you a context, below are examples of videos that many users find very disruptive that is less than 8 minutes long:

1. Long, non-skippable pre-roll ads or groups of ads that are longer than 31 seconds that appear before the video starts. Worse, it cannot be skipped within the first 5 seconds.

2. Mid-roll ads that appear in the middle of the video. This has got to be one of the most disruptive since it interrupts the user’s experience.

3. Text or image that appears on top of a playing video. It also appears in the middle 1/3 of the video player window or covers more than 20-percent of the video content.

If you don’t find those types of disruptive videos annoying, I don’t know whatever will.

The Coalition says that website owners that are currently using these kinds of ads need to stop showing them at least within the next four months. Or else, the tech company threatens to stop their ads and lose their advertising altogether.

The tech company also called out the video-sharing platform, YouTube to hold the same standards. Product Manager Jason James wrote in the company’s blog that Google will “update our product plans across our ad platforms, including YouTube, as a result of this standard, and leverage the research as a tool to help guide product development in the future.”

Luckily, these practices seem to be already in line with what YouTube does. But we will have to wait and see if YouTube will be changing the current ad standards or not.

And as for us, may we never have to see any of these disruptive videos ever again.