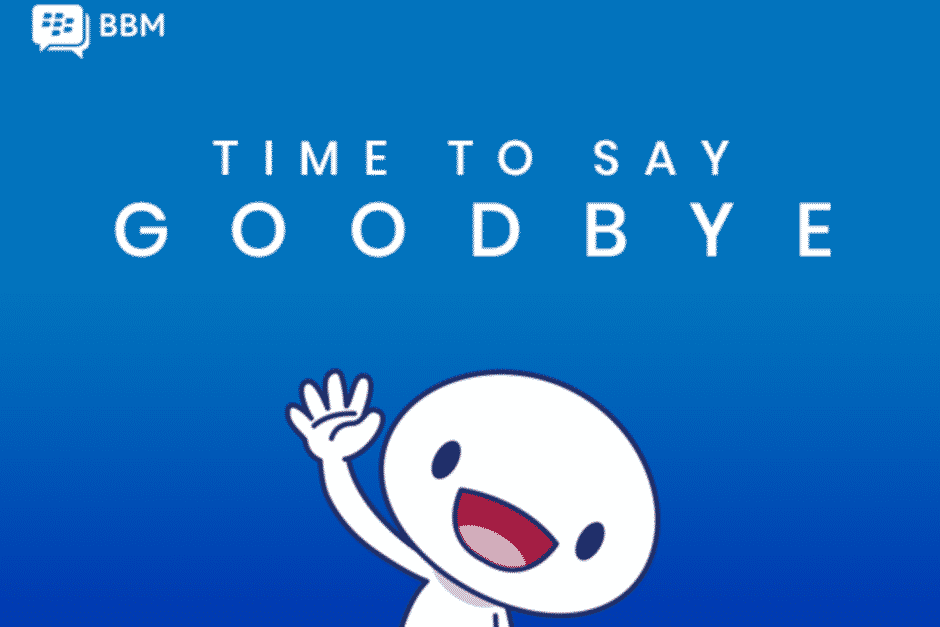 Now is probably the time to move on from BlackBerry Messenger. In case you did not know, the consumer version of BBM is closing down on May 31st.

Emtek, the Indonesia-based company that partnered with BlackBerry in 2016, announced the closure. On the other news, the enterprise version of the BBM will be available to the public consumers.

The BlackBerry Messenger, better known as BBM, is a messaging app that is loved by many around the world. And over the years BlackBerry has updated the app in order to keep up with the modern clientele.

A statement was already released by Emtek detailing that the consumer version BlackBerry Messenger is indeed numbered. And on May 31st will be the app’s last day.

Emtek’s partnership with BlackBerry was supposed to bring the service into the current age. But some consumers say that the app is filled with games, channels and ads.

Looking at other popular messaging apps like WhatsApp, iMessage, Viber and others, the BBM sure is falling behind.

BBM evolved into a cross-platform where users can not only chat and share experiences but also consume content and use payment services.

In that goodbye post, BlackBerry said that three years ago the company reinvigorate the consumer version app. And despite the company’s substantial efforts, it clearly is not working.

BlackBerry went on to say that the staff, employees and people behind BBM were very proud of the work that they have done and the services they have provided over the years.

And after that announcement, BlackBerry also dropped another news. Starting last Thursday, BlackBerry Messenger enterprise will be available to download on Google Play and eventually on the App Store.

And this time, the BBMe would not feature more games, channels and ads like it did on the consumer version of the app.

BBMe is free to download for one year and after that you are going to have to pay $2.49 for six months of service.

Just like the consumer version, the BBMe still features group chats, audio and video calls as well as the ability to edit and retract messages.

Also, the BlackBerry Messenger enterprise features an end-to-end encryption. And BlackBerry also explained in full that:

BBMe can be downloaded on any device that uses Android, iOS, Windows or MAC operating systems. The sender and recipient each have unique public/private encryption and signing keys. These keys are generated on the device by a FIPS 140-2 certified cryptographic library and are not controlled by BlackBerry. Each message uses a new symmetric key for message encryption. Additionally, TLS encryption between the device and BlackBerry’s infrastructure protects BBMe messages from eavesdropping or manipulation.

The enterprise version of BBM is very promising. More importantly it will feature a more secured environment for the users without comprising on the features.

BBM is one of the oldest messaging services. We have yet to see if the the BlackBerry enterprise will be a hit.