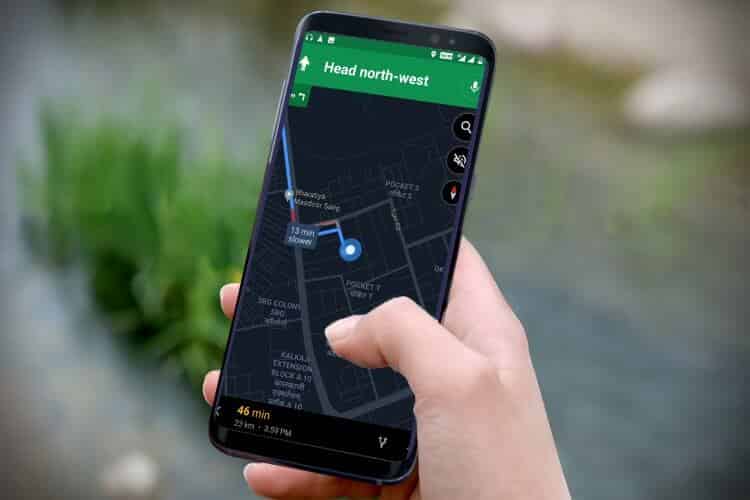 The dark mode has been spreading among apps like crazy, becoming a trend. And it is not just apps that get the dark theme makeover, even operating systems have already started to incorporate support for dark mode. With Android 10 adding a system-wide dark mode as well as the iOS 13, more and more apps are joining the phenomenon.

The tech giant, Google, is just one of the companies to fully embrace it. Now, Google has just started rolling out dark mode support to two of its most-used apps – Google Maps and Gmail. However, not everyone will get to use it.

Related: Google is bringing updates to Google account and Gmail, Dark Mode for the latter included

A spokesperson confirmed the company is “rolling out dark mode for Gmail in the latest update.” The spokesperson also added that users of Android 10 and iOS 11 (and newer versions) should see an option to enable it in the settings soon.

“Currently dark mode options are only available for Android 10+ and iOS 11+,” the spokesperson said in a follow-up tweet. “If these OS versions are available for your device we recommend updating in order to use dark mode.”

In other related news, Google also teased dark mode for Google Maps. Posted in Android’s Instagram account, Google shows the Maps app switching between light to dark mode. The post suggests that the feature will be available on Android 10. But there is no mention if the same goes to iOS just yet.

Many Reddit users have already been spotting hints of the dark mode in Google Maps in older devices already, like dark-themed buttons. While updating operating systems with support to dark mode would not be a problem for iPhone users, that is the department Android users might have trouble with. Updates to Android especially owners of handsets running customs skins tend to be very delayed.

Related: Google Maps will soon have a feature that lets you follow local guides

Many Android smartphone users are yet to receive the Android 10 update yet. And already, a couple of iPhone 11 users have changed the Gmail app to dark mode already, like the one below:

If you are an iPhone user and want to get the new dark mode theme on your Gmail app, you have to first enable the dark mode on iOS. Alternatively, head over to your phone’s Settings > Theme from the Gmail app (but the setting does not seem to be available to all iOS 13 users just yet).

Ready for the dark mode fever?

As active smartphone users, we only have companies like Google to thank for the dark mode. This feature definitely helps us not to strain our eyes when switching from light to dark surroundings.

Finally, as the case of rolling out updates like this one, some users might get dark mode with a slight delay. Even if you are using the latest smartphone and running on the latest version of the operating system, there is still no assurance. So, do not get discouraged when the feature has not arrived to you just yet.