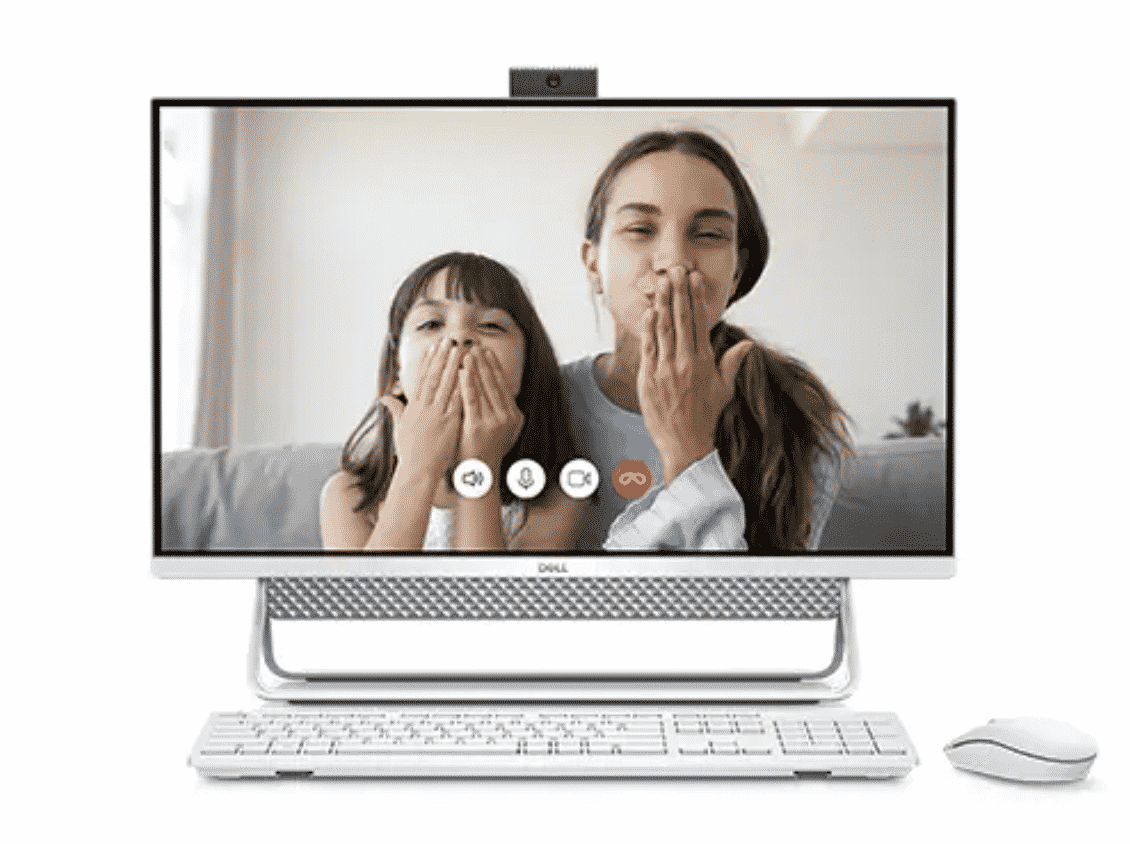 This past year has been all about staying safe and adjusting to the new normal. Everything has been taken to a virtual setup where demand for gadgets and apps for work/study from home has shot up. And if there is one thing that this setup has taught us –– it’s just how bad webcams are.

As we enter into a new year, the virtual setup still seems to be the way for most people. And because of that, Dell is now addressing this problem with a set of new monitors that will greatly help those that are still working or studying from home.

The American company is launching a trio of monitors embracing video calls with built-in features that are very useful for the virtual setup. Each of these monitors has a dedicated Microsoft Teams button for easy video conferencing.

No more navigating around apps and software looking for the Teams apps; meetings and classes are now just a click away. But that is not all, there one thing that Dell is putting an emphasis on –– the camera.

Aside from the dedicated Teams button, Dell also incorporated a pop-up camera and not just the typical everyday webcam. The company has made sure that this webcam is of the highest quality for a better video conferencing experience.

The 5-megapixel IR pop-up camera gives you the high-resolution that is needed for intensive video calls. In addition to that, there are also dual 5W speakers and a built-in noise-canceling microphone. That’s about the right mix for the video calls you’ll be making this year, right? Plus, users will be able to use Windows Hello without having to buy a standalone fancy webcam.

The pop-up camera is very interesting but not entirely new. In fact, we have seen this camera in one from Dell (and other brands too) a few years back. However, this is Dell’s first pop-up camera in a monitor as compared to an all-in-one system.

The good thing about the pop-up camera setup is that the camera won’t take up space on your display which means that you will have a bigger screen for viewing. Also, the camera roughly translates to somewhat more than 1080p, likely around 3K resolution which won’t blow any mind.

However, when used for work video conferences or online classes, the camera specs are already perfect. Plus, it’s ideal for privacy-conscious users as you will be guaranteed total privacy –– you can just easily retract the camera when not in use.

Heading over to the bottom of the screen is a pleasantly felted speaker bar, which features just enough wattage for calls to sound just fine. And the one on the left sides of the speaker is where the built-in button for the Microsoft Teams is located. Together with this button, are the call, volumes up and down, and mute buttons.

We still have to see whether the built-in buttons features will be a hit or miss. For one, not everyone is using Teams, and even if they were, we’re not sure whether they will love reaching out to their monitors in order to make calls. Don’t you think it will be a little risky–especially if your monitor is placed on a not so sturdy table. You might end up dropping it!