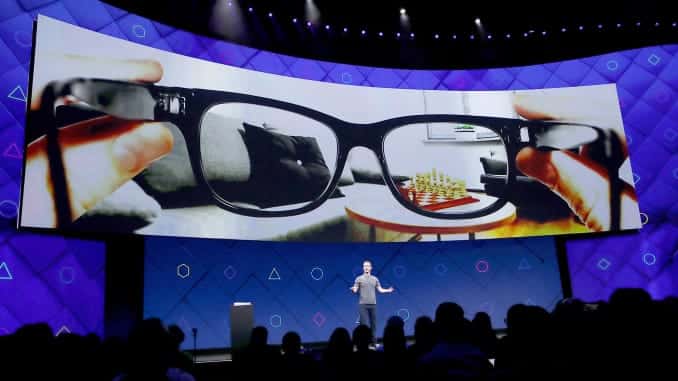 Facebook founder and CEO Mark Zuckerberg have announced that it will release its first smart glasses this coming year. Zuckerberg also announced that Facebook will be partnering with luxury eyewear giant, Luxottica–and the new eyewear device will have Ray-Ban branding.

CEO Mark Zuckerberg made this announcement during the opening keynote of its all-virtual Facebook Connect conference. This is the company’s online event for all its virtual and augmented reality devices.

However, the company confirmed that this eyewear device will not be classified as an AR device, nor will it have an integrated display. That likely suggests that Facebook is creating a device that may be closer to Snap’s Spectacles or Amazon’s Echo Frames.

Facebook and Ray-Ban team up for its smart glasses

It was Facebook’s first big event since it cut ties with the Oculus brand. Rebranding its AR and VR efforts as “Facebook Reality Labs,” the company announced a new consumer wearable, tapping into its on-going research on augmented reality devices.

During this event, Facebook CEO announced that the company would take “the next step on the road to augmented reality glasses” in 2021 ––and launch smart glasses that would not be qualified as an AR device.

In addition, Zuckerberg also announced that it will be partnering up with Luxottica and that the wearable device will be branded by Ray-Ban. According to Zuckerberg, the Luxottica partnership will bring a variety of styles and preferences that will be suitable for all kinds of users.

“We don’t have a product yet to share with you today but I am excited to share that we have formed a multi-year partnership starting with building and releasing our first pair of smart glasses next year,” said Zuckerberg.

Facebook has not provided much information regarding the new product’s features and capabilities. But, the company has confirmed that it will not have any display. This suggests that this pair of wearables will be much like Snapchat’s Spectacles which was first released in 2016.

With regard to its research side, Facebook is touting its very own software which has been integrated into the process of building its AR glasses. Back in 2018, the company confirmed that it was indeed working on its own proper augmented reality glasses.

Moreover, Zuckerberg also announced that this is part of the company’s Project Aria – a research device that Facebook will use to learn for development on its smart glasses.

According to Facebook’s head of hardware, Andrew “Boz” Bosworth, the glasses will not have augmented reality features and will not be for sale. The device will take videos, audio, and eye-tracking and location data that Facebook will be able to use to help them with their work on augmented reality smart glasses.

So, starting this month, there were already a handful of “specially trained” Facebook employees and contract workers that were sporting the high-tech glasses around campus to test the wearable devices in real-world conditions.