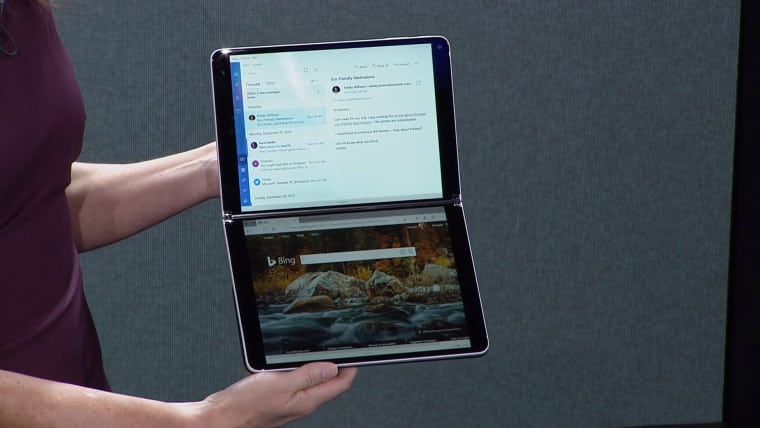 Just like what Microsoft did when the company surprised us late last year with the introduction of a slew of products including Surface Duo and Neo. And get this, the emphasis was on these two products was the dual screens.

Definitely, these dual-screen devices give us a glimpse of how future smartphones and PCs will be. But that is not what Microsoft has in store for us.

The tech giant also introduced Windows 10X, a new OS variant made for dual as well as foldable screens.

Curious as a mouse? Well, you are not alone.

And now, developers will now have a first look as Microsoft is letting us jump into the world of dual-screens, operating systems, as well as a new emulator and tools.

Microsoft is starting off its Developer Day event with a session dedicated just to dual-screen experiences.

But how can one justify the use of a device with dual-screens?

Advantages of dual-screens: that is what we are diving into in a few seconds. As seen during the Surface Duo and Neo event, the company emphasizes that a pair of displays help to “create an expansive workspace that spans across both screens.”

Aside from that, it can also be interesting in how the dual-screens work with apps.

The Mail app in Windows 10X puts its tools and message list on one display while actual emails show up on the other display. Of course, there is room for true multitasking by simply opening up two different apps side-by-side.

That is definitely so difficult to do in a single-screen device, so imagine how amazing that would be.

“An expression of Windows 10,” that is how Microsoft is describing Windows 10X. This means that the new OS is meant to keep it apart from the full capabilities of the desktop OS.

Right away, users will be able to notice differences, one of which is a  set of new app restrictions. Every Windows 10X app runs in a container to keep it separated from the main OS.

According to Microsoft, this is to help with security and performance. Also, it helps in keeping the naughty apps messing your registry.

This restriction might lead to issues with older Windows apps. Now, it would be up to the developers to make sure that their apps and programs work with 10X.

Microsoft has got some other plans

Microsoft is also proposing new Javascript and CSS functions for web apps to be able to work across two screens. Also, it also plans to add its very own development work to the open-source Chromium project.

As much as this new technology is advancing, Microsoft is not leaving other development environments out in the cold too. It showed off a dual-screen SDK for Xamarin as well as new preview modules for React Native.

But why does it matter if Microsoft does not get developers on board? Well, Windows 10X and the dual-screen devices like the Surface devices will be all for nothing.

In addition to Surface Neo, there are other devices that are we expecting to see like Lenovo’s ThinkPad X1 Fold, and devices from Dell, ASUS, and HP.