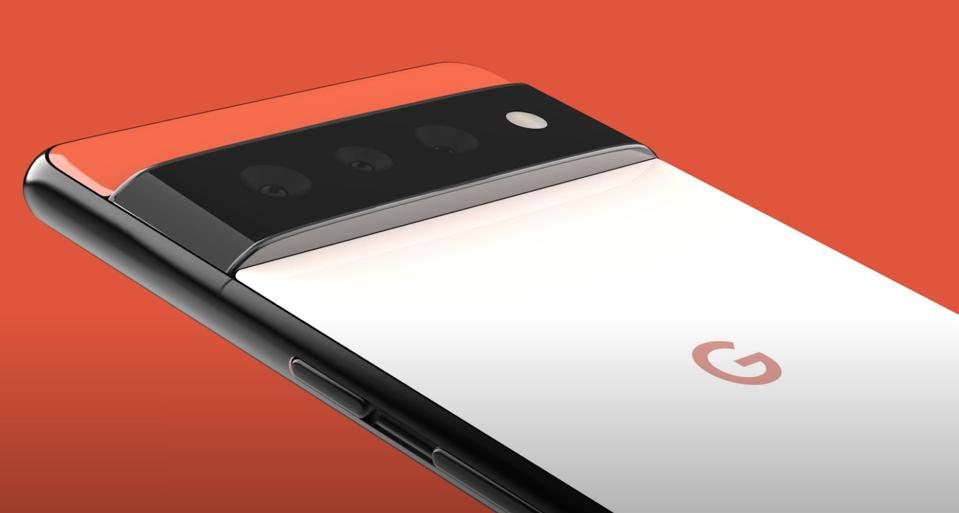 It’s not what we’re used to seeing –– this supposed first look of the Pixel 6 reveals a surprisingly new design.

Rumors of what the next flagship phone might look like have circulated online for quite some time now.

Popular leaker, Jon Prosser, has teased us with images of the upcoming Google Pixel 6, giving us first dibs.

But we must tell you, the images are nothing like we have seen from the previous Pixel phones.

It has been expected that Google will debut its self-developed “Whitechapel” system on a chip.

The tech company will now use its own chips on the Pixel 6 instead of Qualcomm’s chips, which have already been used on Google’s previous devices.

And since there is a major change inside, the company also decided to make some rather drastic changes on the outside –– if the latest leak turns out to be true.

YouTuber and leaker Jon Prosser, first shared the images on a video post. Prosser claims he was sent live, hands-on images of the Pixel 6.

The YouTuber won’t actually be sharing the actual images. However, he has teamed up with a render artist to show us a representation of those images.

Prosser’s track record with Google leaks is not exactly the most accurate. Last month, he claimed that the Pixel 5a was cancelled. Meanwhile, Google asserted that it isn’t the case.

This latest leak has more credibility since it was also backed by Android Police‘s Max Weinbach.

In a tweet posted, Weinbach confirms the Pixel 6 renders, confirming the color scheme.

The most notable thing about the design is the back –– there is now a big horizontal camera bump that stretches edge to edge on the phone. This makes the device very distinct from its predecessors.

The renders show us two sizes, which will be called “Pixel 6” and “Pixel 6 Pro,” according to Prosser.

On the previous devices, Google has named its bigger phones “XL,” but to catch up with Apple, it has to align with its rival’s naming scheme.

The camera array has been redesigned to look very stove-like in design, also featured on its predecessors such as the Pixel 5.

Prosser does not have the exact specs just yet, including that of the cameras.

It has been reported that Google is working together with Samsung to build the Pixel 6’s Whitechapel SoC. And maybe that also explains why the Pixel 6 looks very Samsung-ish (in terms of its design).

The upcoming Pixel 6 has sharper edges, making it look more like a Galaxy Note. Another similarity is its hole punch front camera right in the center that screams very Galaxy Note.

Prosser also pointed out that the Pixel 6’s “glass curves around the edges a bit,” which makes it even more like a Galaxy phone. It’s really nothing like the previous Pixel devices as the Pixel 5 features a flat screen.

Lastly, the Pixel 6 is reportedly going to have an in-screen fingerprint reader as supposed to the previous Pixel phone with a rear capacitive reader.

All these rumors will be put to rest once Google officially makes the announcement. It is only a matter of time before we get to see the final look of the upcoming Google flagship –– Pixel 6.