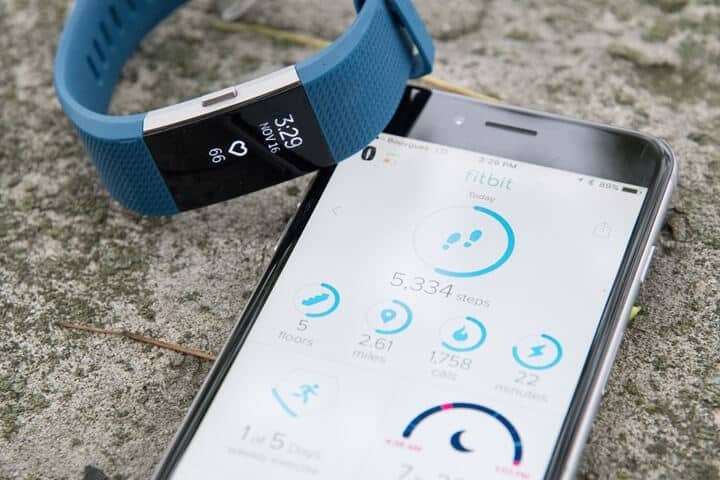 One of the highlights of the Fitbit experience has to be its mobile app. When you think that it has the best interface so far, Fitbit is yet to top that. A fresh and redesign mobile app for both Android and iOS is coming our way.

In fact, it is already slowly rolling out to some phones today. Fitbit redesigns its mobile app with the intention of helping users take advantage of everything Fitbit has to offer on its platform.

The app has already brought abuzz to many users since it was released. And according to reports the redesigned app has so far received praised reviews. Now, let’s get into what are new things to watch out for in the app.

The very first thing you will in the redesigned app are the tabs. What used to be five tabs, Fitbit has narrowed and consolidated it down to three tabs – Discover, Today and Community tabs.

In the Today tab, you will find all of your stats such as steps, distance, calories, sleep stats, heart beat and many more. Also, the Today tab is where you will find new tips and educational insights to inform you about your healthy activities and sleep habits.

Well, you will pretty much see everything that was in the Dashboard tab before.

As mentioned, the previously five tabs has been consolidated into three. And the Challenges tab has now been moved and can be found in the Discover tab. The tab also has other features such as Adventures and Fitbit Coach workouts.

Just head to over to Discover tab when you are up for some challenge with friends, family and even yourself.

The third tab is the Community tab. This tab remained somewhat unchanged. It is where you will still find your feed, friends and groups.

The Community tab is very useful for when you want to keep connected to Fitbit’s over 27 million global social community. This includes friends, family and co-workers.

A user-friendly interface that is for all

You may have probably noticed that the Notifications tab has been removed. But you will be able to access it through the Inbox icon in the uppermost right-hand corner of the screen.

Additionally, the new Fitbit app helps logging in water you drink. But if you think that tracking your water intake is not as important, you can easily remove this tile from the Today tab.

And as you use your Fitbit wearable and go on with your day, messages and tips will still appear at the top of the screen. You can always choose to view more or less with just a tap on the thumb’s up or thumb’s down icon. But tapping the X closes and hides these insights for a couple of days.

The fresh and redesigned app has already made its debut to some phones. It is not clear when the rollout will happen to the rest of the world. For sure, it will only be a matter of days before everyone can experience it on their mobile devices.