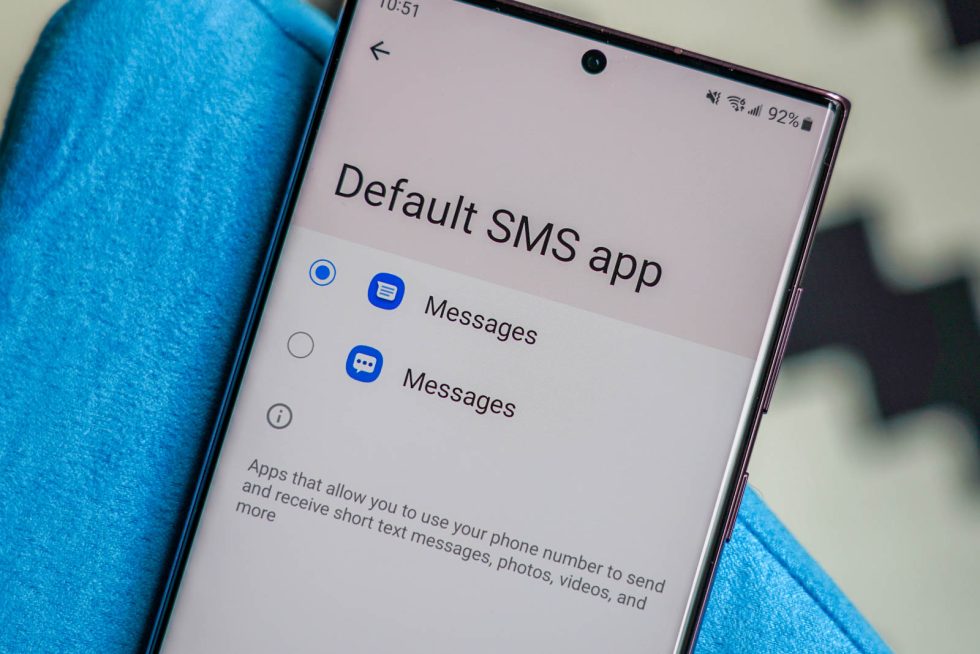 Samsung has made efforts in teaming up with Google to bring Rich Communication Services (RCS) to its devices. Now, those efforts have paid off, the Galaxy S22 lineup is shipping with Google Messages as the default messaging app in the United States.

Although it had quite a long and chaotic rollout, there will now be a lot more people about to use the RCS feature. The South Korean tech company started using Google Messages as default in its Galaxy S21 lineup last year.

Finally, Samsung is bringing it to its newer smartphones. Now, it has been noticed that reviewed Galaxy S22 phones had Google Messages set as default.

For years now, messaging on Android has been a mess, however, it is finally changing. Google Messages is bringing enhanced RCS messages to all Android users who want it.

And now, there finally is a default. Samsung has adopted Google Messages as the default messaging app in the United States.

Mind you, Google Messages has always been available to Samsung owners, it’s just that the app does not come as pre-installed. Instead, Samsung favored its very own “Samsung Messages” app to handle SMS, MMS, as well as RCS, which is understandable.

Anyhow, the change started last year with Galaxy S21 series phones which came with Google Messages as the default messaging app in Europe and other regions. Then followed later with Galaxy Z Flip 3 and Fold 3.

As seen above, Samsung Messages is still pre-installed but users can now actively opt for another app for the switch.

Read: How to schedule text messages on Google Messages App?

Users are now opting for RCS than the traditional SMS

Much like Apple’s iMessage, RCS offers many improvements over traditional SMS texting. Some are typing indicators, read receipts, as well as the ability to share high-resolution photos, videos, and large multimedia files.

Unfortunately, though, the adoption in the US has taken years. Google has taken the lead unfortunately, telecom carriers have dragged their feet until 2021, despite agreeing to replace SMS with RCS in 2019.

The good side of it though is that Samsung users can now use the Rich Communication Services (RCS) on their phones when they deemed to. Hopefully, more and more phone manufacturers are willing to adapt.