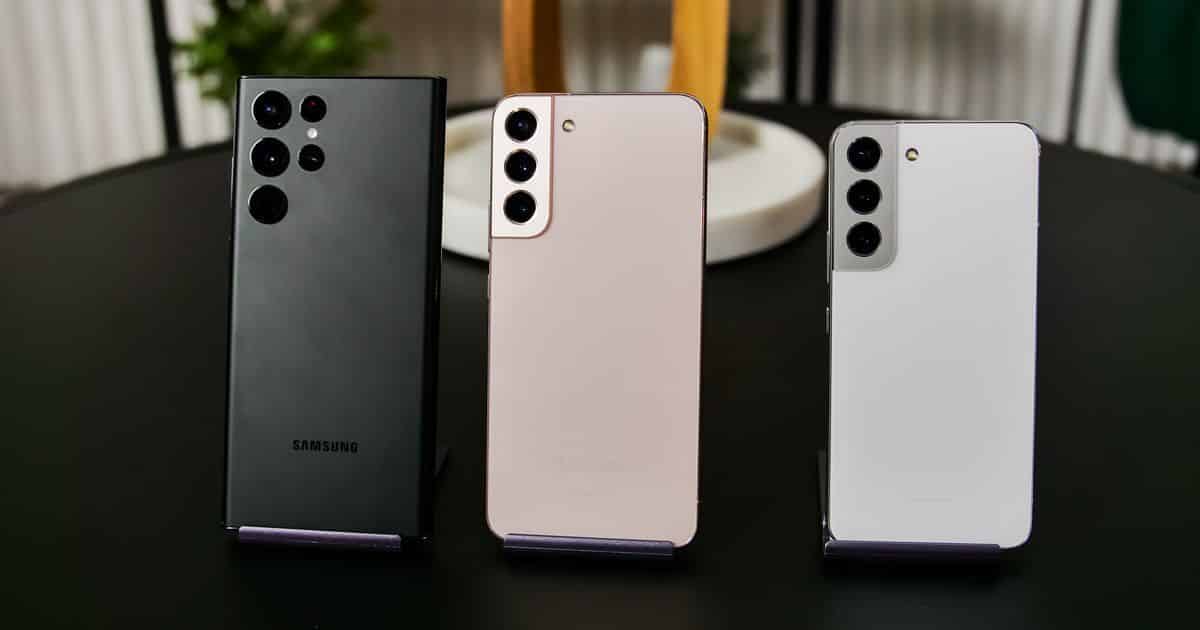 When it comes to rolling out security updates for its smartphones, Samsung is always punctual if not ahead of its schedule. The March 2022 security patch was a true testament to that, which came in earlier than scheduled.

And now, it stays true to its reputation –– the April 2022 security update arrives just right on time.

Samsung starts rolling out a new firmware update as well as the April security patches to its Galaxy S-series phones: the Galaxy S22 and Galaxy S21 phones.

Samsung‘s latest Galaxy S22 series phones are beginning to get the latest security patch with firmware version S90xNKSU1AVCK. The update is available to the Galaxy S22, Galaxy S22 Plus, and the Galaxy S22 Ultra in South Korea.

The update brings in improvements in the phone’s camera like flash support for close focus operations. This now improves UHD 30 and 60 video recording performance in low memory conditions.

In addition to that, Samsung also improved View Cover usability. With that said, the update arrives at more than 1.5 GB, signaling that it comes with tons of changes.

In Europe, the update also became available for Exynos-powered Galaxy S22 Ultra devices, with model number SM-S90xB. The update is 1.3 GB in size. The changelog did not mention any updates to the camera or related to.

The good news is, the update should be available to other regions too in the coming days.

Once again, before any other OEM can release a new security patch, Samsung is already rolling out its own on its smartphones.

The changelog for the April 2022 security patch has not even been published yet, but the update is already available to Galaxy S21 phones, just a week after the latest Galaxy S22 received the patch.

The Galaxy S21, Galaxy S21 Plus, and Galaxy S21 Ultra are now getting a new firmware update with a firmware number G99xxXXS4CVCG, as well as the April 2022 security patch.

Moreover, the update is currently rolling out for the Galaxy S21 5G trio in Germary (with the model number SM-G99xB).

The update should start to be available to more users in the coming days. But you can always manually check if it’s already available to you. Go to Settings > Software Update > Download, check to see if it is already live for you.

Did you already get the new update? If so, what are the changes and improvements you notice on your phone? Drop them in the comment sections below!