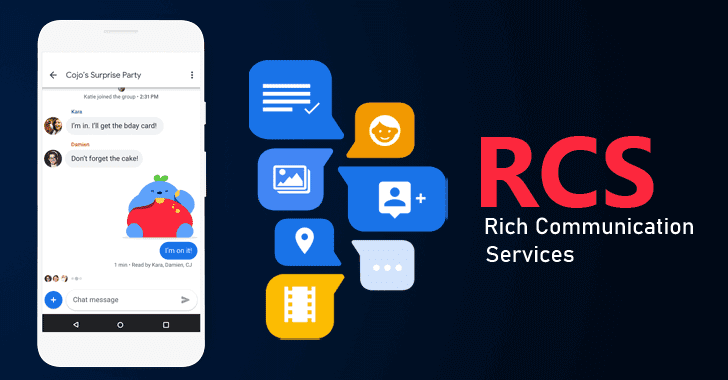 Surely, one of the best features from Apple that Android users are jealous of is iMessage.

The ability to send and receive messages without having to rely on telecom providers is now a game-changer. As you know Apple’s iMessage supports just that. Also, it allows the sending of multimedia files like photos, videos, and many more. And what’s better, it has end-to-end encryption that almost all Android users could only dream of.

For years, there were tons of talks in the rumor-mill that a messaging platform – RCS Messaging, somewhat the same with the iMessage, will be landing to Android. Although that rumor has yet to come true, there’s one iMessage feature that Google is finally copying – end-to-end encryption.

iMessage was the first one to implement the end-to-end encryption that is popular amongst chat apps. How does it work? The encryption makes sure that only the sender and recipient can read the messages. It ensures that it can’t be intercepted by hackers or other people.

Now, referenced in Google Messages 6.2.031, an internal app release first found by APK Mirror. The code has been found with several traces of end-to-end encryption, here are a few examples:

Related: ‘Floating bubbles’ feature is being tested out in Android Messages

Late last April, Samsung announced that it is teaming up with Google to enable the coveted feature on its Galaxy phones. That caused some excitement on many Samsung Galaxy phone users.

However, Android users would actually want Google to have the RCS Messaging built-in on the operating system itself. This way, the feature would not be any more dependent on the smartphone’s make or telecom provider for that matter.

As one Twitter user expressed his sentiments about it wanting the tech giant to build it in Android directly.

Needless to say that for years now, Android users have been wanting the RCS Messaging for a long time now. In fact, messaging apps with end-to-end encryption are swarmed with Android users. For them, they at least get a taste of this feature.

If you look at the stats that we have gathered, you will see the number of millions of downloads in Google Play Store. That’s why it’s no secret that WhatsApp is the number one messaging apps right now.

Telegram is a relatively newer app than WeChat, however, the former garnered 400 million more downloads on Google Play than the latter. It just proves that end-to-end encryption is a great factor with Android users.

More and more apps are implementing the end-to-end encryption feature. But only time will tell when the Android users can fully enjoy RCS Messaging in their smartphone, regardless of the make and telecom provider.

In the meantime, they will have to make use of the end-to-end encryption update on Google Messages.