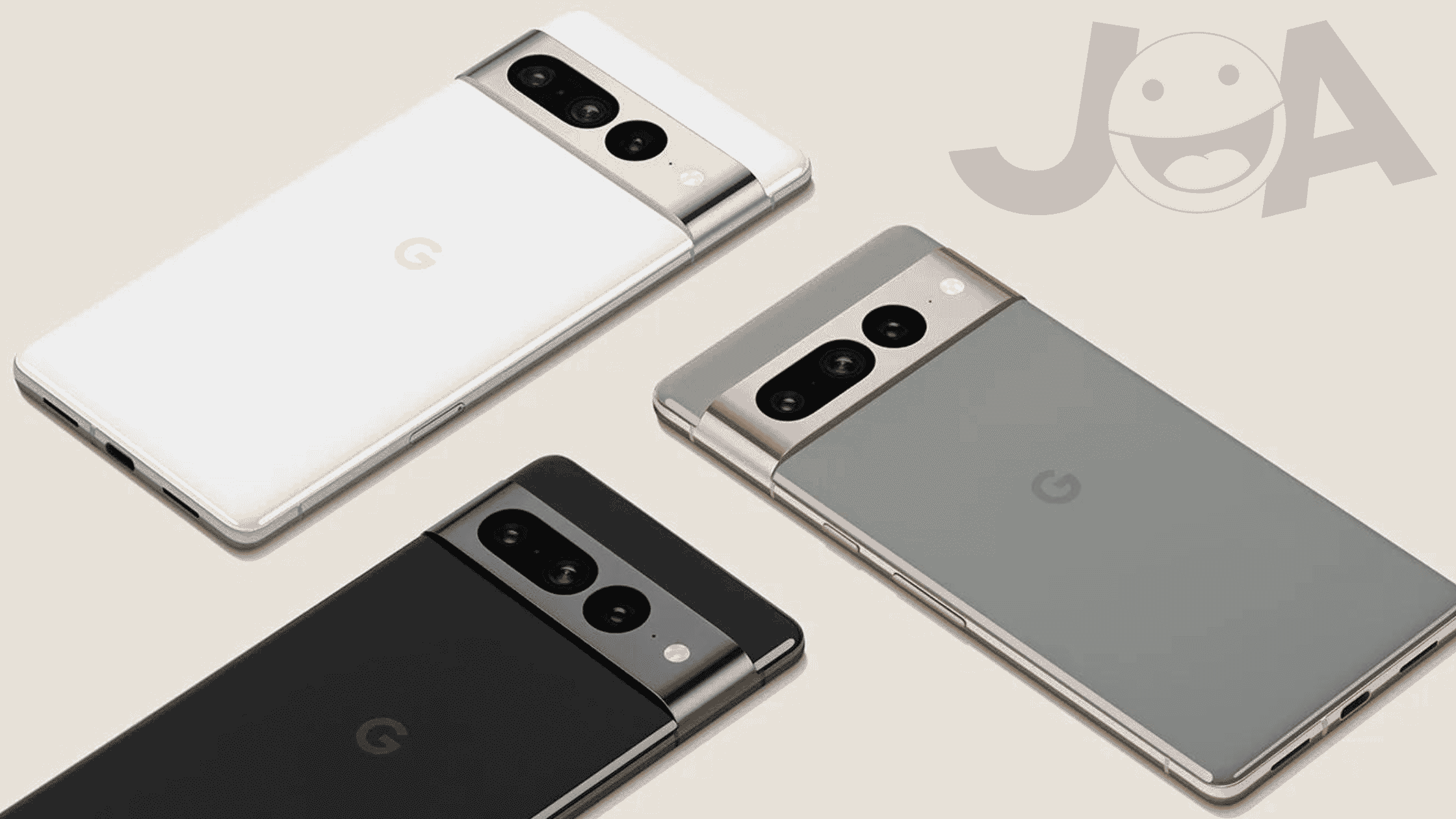 Google Pixel has always been in the limelight of the flagship Android phone market. In fact, so many of us Android junkies have been eagerly waiting to catch a glimpse of the next phone in the series: The Google Pixel 7 and Google Pixel 7 Pro.

Although Google officially confirmed the Pixel 7 at Google I/O 2022, it left several questions unanswered. Adding to the mystery, some Pixel 7 prototypes are recently making the rounds on the internet, especially on the Facebook marketplace and eBay.

In this blog, we have curated all the Google Pixel 7 news, and rumours including our expectations for Google’s new flagship phone.

From the official preview at Google I/O, we can confirm that the Pixel 7 will continue to sport the bold and unique look of its predecessor, the Pixel 6. The distinctive camera visor made of aluminium is definitely an eye-catcher and adds a premium touch to the already stylish design principle.

There are also speculations that the Google Pixel will come with an under-display selfie camera since it recently patented the technology only last year. But, we have to only wait and watch to confirm this information.

The official preview at Google I/O 2022 did not reveal much about the hardware specifications of the Pixel 7 or Pixel 7 Pro. But from what we can guess, taking into account the leaked prototype phone, the Pixel 7 will house a new GS201 Tensor Chipset. This new chipset is probably codenamed Cloudripper according to some reports.

Hopefully, we expect that this newer version of the Tensor chipset gives tough competition to its rivals (Snapdragon 8 Gen 1 or Apple A16).

Based on the leaked prototype we can say that there will not be any major changes in the display resolution of both the basic and pro models. The basic Pixel 7 will likely have a resolution of 1080 X 2040 with a 90Hz screen refresh rate. On the other hand, the Pixel 7 Pro will continue to sport a 1440 X 3120 resolution LTPO display with a 120Hz refresh rate.

Considering that Google updated the Pixel camera sensors just recently, we don’t expect to see any major changes in the camera hardware as well.

Pixel 7 will continue to use the same 50 MP main camera, 12 MP Ultrawide lens, and 8 MP front lens. Pixel 7 Pro will use a 48 MP camera with 4X optical zoom and an 11 MP front camera for selfies, in line with its predecessors. From the leaked images, we can see a dual-camera setup for Pixel 7 and a triple rear camera system for the Pro version.

Considering all this, we expect software tweaks to further fine-tune the image quality by several notches.

Speaking of software, we really hope that the new Cloudripper Tensor processor does all the heavy lifting required to give a smooth and bug-free experience.

The Pixel 7 and Pixel 7 Pro are expected to run Android 13 right out of the box and probably release OS updates till Android 16.

Considering that Google has stuck to a specific release schedule for its major product launches, you can expect the Pixel 7 to be on the shelves in October 2022. This will also coincide with the release of Android 13.

In fact, some tech enthusiasts predict that Google may launch the Pixel 7 along with the much-awaited Pixel Watch, this October, right before the shopping season.

But, don’t be surprised if it ships a month earlier in September.

When it comes to price, we don’t expect to see any major changes from Pixel 6. It might very well be priced in line with its predecessors. The base Pixel 7- model will probably be priced at $600 and the Pro version will be sold at $900.

Hopefully, the global chip shortages and supply chain disruptions do not affect the pricing. Let’s keep our fingers crossed till then.

The Pixel series of flagship phones from Google has shown promise but did not deliver due to some imperfections. So, we have made a list of things that need to be addressed in the Pixel 7, for it to become a success.

Though we appreciate Google for experimenting with the Tensor 1 chipset in Pixel 6, it is still no match for the Snapdragon processor powering its flagship rivals.

We’d like that to change with the new Tensor 2 chipset a.k.a the CloudRipper.

Because at the end of the day what decides the success of any flagship phone is its raw performance.

Battery life can make or break a flagship’s end-user experience. In fact, this was one of the major pain points of the earlier Pixel 6 series. It wasn’t that bad, but it still could have been a lot better.

Considering that the Pixel 7 is slightly smaller than its predecessor, we don’t expect to see a bigger battery. But, we hope that there is better hardware optimization for a more efficient battery life.

For a phone which boasts of high-quality photos, Pixel has only average zoom capabilities. In fact, the Pixel 6 doesn’t even have a telephoto lens. While the Pro version indeed has it, it can only zoom up to 4X. On the other hand, other flagship cameras come with a 10X zoom capability. In fact, the latest Galaxy S22 boasts a 100X Zoom lens.

Considering all this, we expect the new Pixel 7 and Pixel 7 Pro to sport at least a 10X zoom capable telephoto lens.

Finally, an ultrawide with auto-focus capability and a 4K 60 FPS video recording capability will definitely be a cherry on the cake,

It’s 2022 and Samsung Galaxy Ultra supports fast chargers up to a 45 W capacity. Pixel 6 was notorious for its slow charging time despite claiming to have a 30 W charging capacity. We’d like this to change for real, with the new Pixel 7 series. Any charging time of more than 75 minutes is too long nowadays, especially for a flagship phone.

Despite all the positives, Pixel phones are infamous for their occasional buggy user experience. Many users faced serious problems like poor wi-fi and cellular signal strength, accidental dialing, etc.

If Google wants to be a serious contender in the premium smartphone market, it needs to roll up its sleeves and make sure that this doesn’t repeat in the Pixel 7 series.

How to Activate Android Voice Commands (6 Easy Methods)
How to access blocked websites on Android phones and tablets
Why my PS4 won’t turn on? – A quick fix guide

Well, that’s it. All of us are very excited to see what the Pixel 7 series holds. We’ll keep updating you with the latest news and developments in our blogs section.

Do check out our blogs and news sections to keep yourself abreast of the latest trends in the tech world.

Meanwhile, please let us know what you think of the new Pixel 7 series in the comments section below.