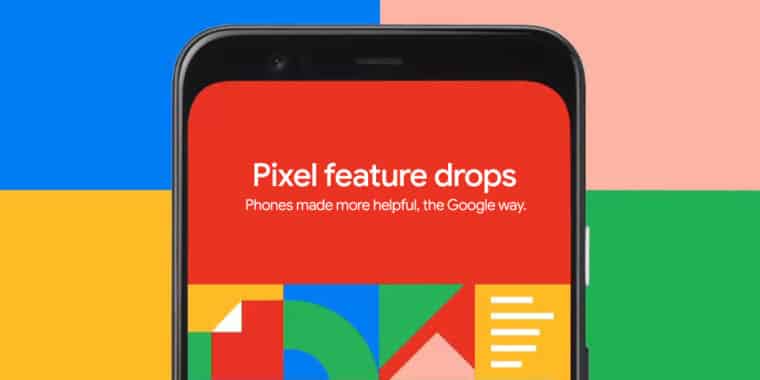 Google does not run out of tricks up its sleeve.

Every year, they come up with new flagship phones, features and new innovations that are nothing but amazing.

Just last year, the tech company has already announced that it will be launching the second drop of “Feature Drop” on Pixel phones.

When this came out, many Pixel users were already on the lookout. And now, with Android’s March Security Update comes the second drop of the “Feature Drop” for Pixel 4 smartphones.

But what do exactly users get with the second drop?

But for those who do not know yet…

The Feature Drops are a new update scheme that sees Google leverage its operating system development skills into mini-updates that happen quarterly for its Pixel smartphones lines.

So, are you excited to know what Pixel 4 users will be getting this quarter?

Related: Google Pixel will soon let you communicate to 911 without speaking

What are the new features that await the Pixel users?

This quarter, the Pixel line is getting new emojis, the scheduled dark mode feature from the latest Android 11, faster access to Google Pay and many other amazing and cool features.

Currently, Pixel 4 is on Android 10, which still comes with Unicode Emoji 12.0. So, the Pixel 4 phones will be getting an emoji update.

Instead, the Pixel 4 will be getting Emoji 12.1, which as the name suggests is a half-step between 12 and 13. This also accelerates the release of some Emoji 13 features.

According to Emojipedia, the update will include 23 new gender-neutral emojis like “a gender-neutral firefighter, astronaut, person in a wheelchair, judge, and more. With skin-tone support included, the tally equals 138 additions.”

Also, there are new skin tone combinations for the “couple emoji” that weren’t initially supported in Emoji 12. Google says there are 169 new emojis just in this update.

The recently announced Android 11 Developer Preview introduced a scheduled dark mode that could be enabled at sundown and disabled at sunrise. This feature is now being backported to the Pixel 4 on Android 10.

But that is not it…

A new feature also goes to a complete direction – a high-brightness mode. The thing is, the Pixel 4 does not really have that big of a battery, to begin with. However, there are just times when we want to see our phones’ display when we are outside.

Paperless payments are now a thing where mobility and convenience is the top priority. That’s why the second-drop of the “Feature Drop” improves access of Pixel phones to Google Pay.

Now, you will be able to press-and-hold the power button to bring up a special Google Pay interface with a list of cards to tap, use, and pay with.

Google Pay is as simple as slamming your phone on the reader and pay with your default card, but if you are the one to juggle several cards in Google Pay, you can quickly switch between them.

This update also allows you to easily add airplane boarding-pass barcodes to Google Pay. Simply take a screenshot and then tap a new “add to Google Pay” notification then you are good to go.

Before the official launch of Google’s Pixel 4 line, the tech company has already gone to revealing the air gesture feature called ‘Motion Sense’ on the new flagship phones.

For months later, a play/pause feature will be added. Just stick your hand over your Pixel screen and the music will pause. Additionally, Google Duo is also getting support for AR widgets.

Are you ready for a feature-loaded update?

Although Google’s updates seem to be promising loads and loads of features, there is one thing many users have noticed. The tech company does not seem to deliver these updates in a timely manner the first day they are available.

Unfortunately, the company prefers to do a rather slow rollout that will take weeks to arrive to users. In several blog posts, Google says that features will “gradually roll out through March.”

But to further complicate things, it seems that users will need the March security update and a new version of Google Play Services to get these features to work. So, basically, users are waiting on two rollouts.

So, when will Pixel 4 users get these features?

If we trust Google for its word, sometime in March. But only time will tell. If Google is after an increased user-satisfaction this quarter, then it is best if they push these updates to users quickly.