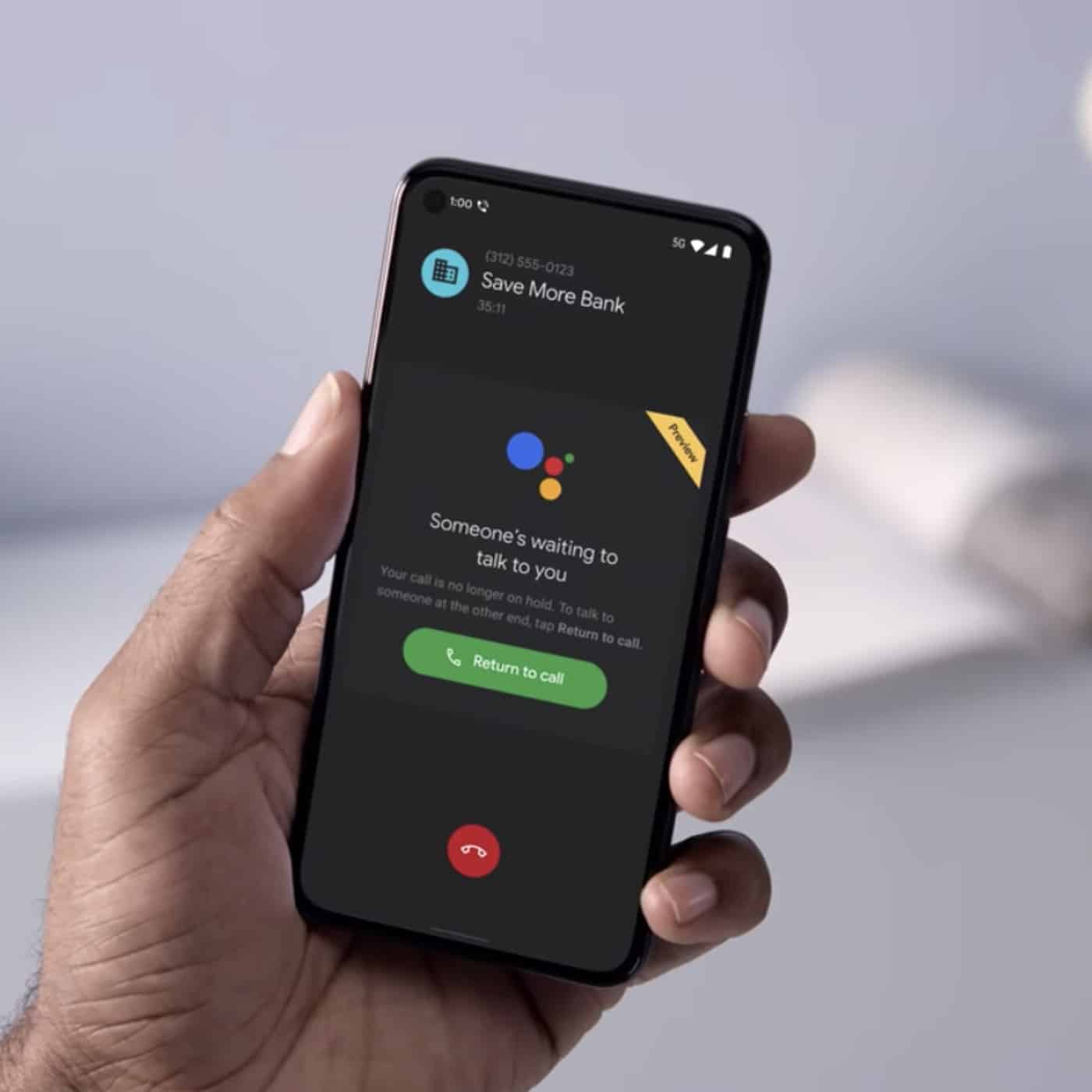 Google, in its latest blog post, announced the ‘Hold For Me’ feature which can help users on a ‘hold’ call keep better focus on their work while they’re waiting.

As per the Google statement, ‘Hold For Me’ will mute the hold music or recorded message and alert the caller through a sound, vibration, and a prompt on the caller’s screen when the hold is over.

The feature is currently available as an early preview in Google’s Pixel 5 and Pixel 4A 5G smartphones.

It can get really exasperating when you ring up customer support for an insurance company, your telecom company, airlines for a ticket refund, or any other administrative office and get a load of that bad music or an IVR message over and over again. All you can do is just listen to it until a customer support rep takes over and actually converses with you. And being unable to terminate the music or IVR only exacerbates the frustration with the wait. Although you can just put the call on speakerphone and still pursue your tasks, you wouldn’t want to get that annoying music into your head, would you?

So here’s a piece of good news: Google has announced its new feature ‘Hold For Me’ which will manage such calls and help you be more productive and efficient during the wait times.

Now, let’s understand the technicalities of the ‘Hold For Me’ feature and how it actually works! Usually, when you call a toll-free number, an IVR message or hold music plays right away and this goes on until a customer support representative addresses the call. The wait time can be anywhere from a minute to an hour or more. What ‘Hold For Me’ does for you is recognize the hold music once it starts. A dialog box will appear on your call screen asking you if you want Google Assistant to take control of the call and do the waiting until the customer service rep comes on. The Google Assistant will mute the call for you so that you can carry on with your work and then notify you once the rep is available–just Google Assistant things!

It basically uses an AI-based technology that can differentiate between the hold music and a human voice and notifies you with a vibration, a sound, and even a prompt on your screen when the customer support rep is on the line. Beyond that, it not only can make out the difference between hold music and a human voice but also between a recorded message and an actual human representative on the line. The feature works both ways: for the caller as well as the executive on the other end who is notified by the Assistant to hold on for a jiffy until the caller is ready to take the call.

As per Google’s statement, the feature has been developed using Duplex Technology and was designed by its project allies, Dell and United. An interesting and notable point is that the ‘Hold For Me’ feature doesn’t require an internet connection and can perform the task while offline. Google has announced that a preview feature of ‘Hold For Me’ is currently available on its Pixel 5 and Pixel 4A 5G phones and is up for grabs for use only in the US thus far.

The feature could prove to be a lifesaver; especially, during these trying times when users are made to wait for hours while on a call with government-related unemployment benefits or healthcare information, etc., You can let Google Assistant handle these daunting waits while you focus on more important work. Time is precious and you don’t want that long wait during a ‘hold’ call to waste such a prized possession.