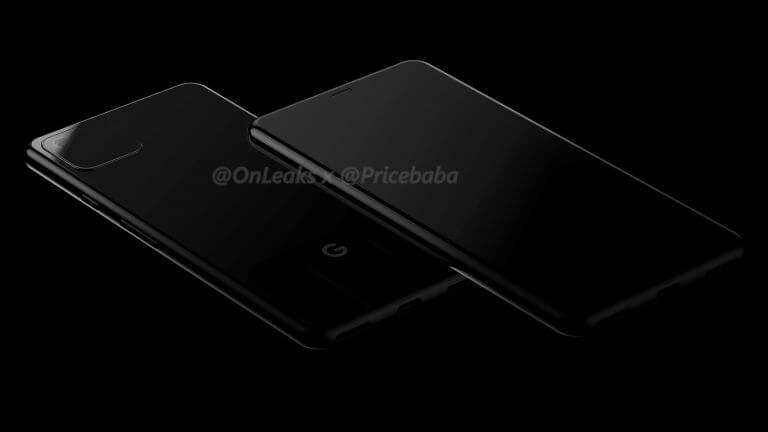 The official unveiling of Google’s Pixel 4 is numbered and is just months away. With that, a number of leaks have recently surfaced online to shed some light on how the smartphone would look like.

Google’s Project Soli chip is said to be integrated in this flagship Pixel 4 device as well. There is no doubt that the Pixel 3 lineup was pretty impressive.

But these leaks are more evident reasons that the Pixel 4 will live up to the hype and will offer a premium user experience positioned to rival the iPhone and Samsung Galaxy series.

When it comes to the design, recent renders suggest that the Pixel 4 will feature a square camera module on the back, similar to the rumors for the iPhone 11. According to some rumours, this device will feature 3 rear cameras.

More recently though, Unbox Therapy has managed to get their hands on the metallic molds of both the Pixel 4 and Pixel 4 XL. These molds are what case manufacturers use to get a head start on case designs. And mind you, it is often based on reliable information coming from the supply chain.

Another one of the leaks that is worth noting about is that the Pixel 4 ditching the notch that is apparent on the Pixel 3 lineup.

Consequently, the Pixel 4’s design will instead boast a more prominent forehead similar than what we saw on the Pixel 2. Although leaks suggest that it could perhaps be smaller in size.

Finally, gone is the physical fingerprint sensor and the Pixel 4 will instead embrace the facial recognition as an unlocking scheme.

Project Soli chip could make a debut on the Pixel 4

Back in the year 2015, during Google’s I/O conference was the first announcement of the tech giant’s Project Soli. It is Google’s ATAP endeavor based on radar hardware, for device control with only subtle hand movements.

This technology makes your device, whether a smartphone, tablet or watch, respond even to very fine motions to perform various platform-specific functions. And this year, it will finally make a debut on Google’s hardware products.

According to a report, the latest Pixel 4 could come equipped with the tech company’s Project Soli chip. Google’s radar-based motion sensors would allow users to operate smartphone just by using hand gestures.

Back in March 2018, Google was granted approval by the Federal Communications Commission to basically deploy and operate the Project soli sensors on consumer products. The FCC said that it is for the “public interest” that Google has been granted the approval.

We further find that grant of the waiver will serve the public interest by providing for innovative device control features using touchless hand gesture technology.

Google’s Pixel 4 series is set to launch on October 2019. With only months away now, rumours and leaks about the design and what’s under the hood have been constantly surfacing online.

We will all have to wait and see which of these leaks will officially make up for the Pixel 4 though. It is also very interesting to see how Google’s Pixel 4’s facial recognition would be like in comparison to Apple’s Face ID.