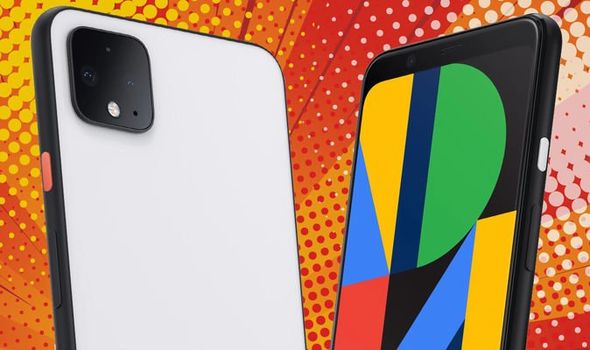 It is just the beginning of the year and we have already heard rumors of the upcoming Pixel smartphone. Google’s ‘Pixel 5’ has finally been mentioned in the Android Open Source Project (AOSP).

That is the first time that the upcoming smartphone from Google has come to light. Folks over at 9To5Google have spotted the first official references to the tech company’s upcoming phone.

That is just days after an early prototype has emerged online. The next Pixel smartphone will unsurprisingly be named ‘Pixel 5’.

Eager to know the other details about this Pixel phone? Well, you are not alone. Together, let us discover other details of whether these are still rumored or not.

Google’s very own Pixel smartphone has always been one of the popular series in the rumor mill. The name of its upcoming smartphone has never been even mentioned anywhere.

Now, the Android Open Source Project has finally mentioned the name of the handset for the first time ever.

The confirmation comes from a new code change for the Linux kernel which exists in the Android operating system. The Android Open Source Project (AOSP) developer have explained that the code has been tested on the Pixel 4 and not on the Pixel 5.

Bounds sanitizer in arch/arm64/kernel/cpufeature.c makes image unbootable for Pixel 4 at 4.14 kernel. I didn’t have a chance to test it on Pixel 5 with 4.19, and preemptively disabling UBSan there now to ensure bootability.

The code deals with disabling an optimization to C code called UndefinedBehaviorSanitizer (UBSan). You might take little to no interest in those codes. But, there is something that we want you to pay attention to.

These are the version numbers for the underlying Linux kernel that Android uses on the Pixel devices.

The upcoming Pixel phone was surfaced in AOSP earlier mentioning Google’s upcoming flagship phone would come in the market with codenames like Sunfish, Redfin, and Bramble.

Additionally, according to rumors, the Pixel phone that is codenamed Sunfish will come with a Snapdragon 730 SoC.

But that is not all…

At the same time, the Redfin is based on the sm7250 alias Snapdragon 765 mobile platform. The device codenamed Bramble was leaked earlier citing the device runs Linux kernel version 4.19, which was the same version of the aforementioned post.

Now, that just hints that the device codenamed as Bramble will be the upcoming Pixel 5. Meanwhile, Redfin will get launched as the Pixel 5 XL.

The Snapdragon 730 SoC is quite a popular chipset which has been used in many popular smartphones recently as well. And the upper mid-range Snapdragon 765 SoC comes with a 5G connectivity too.

Furthermore, the Bramble will reportedly use the Snapdragon 765 SoC and is in the middle of the development process with Android 10 and the upcoming Android 11.

Looking at the processor names, both Sunfish and Redfin would be the more affordable Pixel 4a series. But at the same time, Bramble and probably Redfin would appear as Pixel 5 and Pixel 5 XL respectively.

There have already been renders of the device, and according to these renders, the Pixel 5 series phones will come with an OLED punch-hole style screen display. Also, the phones will feature a screen refresh rate between 90-120Hz.

Now that rumors have started flying out, expect that there will be more to come. Once they start, there is no stopping. And until Google has not given a word, all remains a rumor.