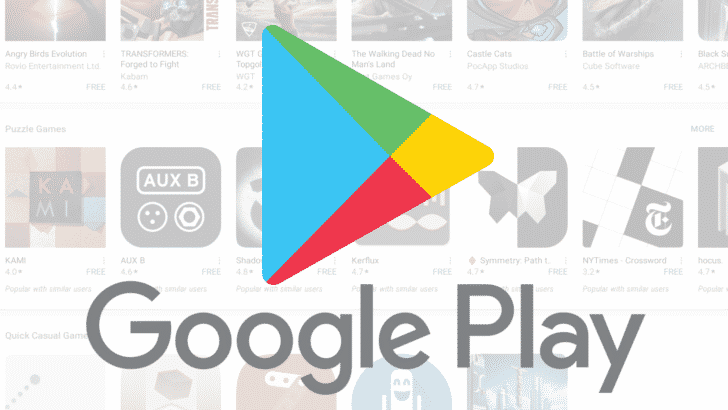 Recently, Google redesigned its Play Store app, removing the hamburger menu and moving most of its menu entry to the account switcher in the top right corner.

But it looks like the tech company isn’t done revamping the app just yet.

Google started rolling out an update that made its first appearance several weeks ago –– and has reached even more and more devices this week.

The update brings a drastic change in the “My apps & games” section into a new “Manage apps & device” section.

Unfortunately, everything looks and functions the other way. It’s safe to say that the update is bringing some confusion to many users.

Recently, screenshots of the revamped “My Apps” section surfaced. Not many were big fans of this update, but even so, it is coming to more and more devices and appearing for more users.

Before this update, you would find the following on the Play Store app: Updates, Installed, Library, Share, and Beta –– all these made a little sense from the management’s point of view.

In the new “Manage apps & device” area, however, you will find only two pages for “Overview” and “Manage.” Many are confused by this new setup, yet this is something users might as well get used to.

The update will now involve new taps, filtering, and more –– getting old tasks done through a new method.

Let’s dig into the update and start with the ‘Overview’ page where you will see your Play Protect status.

Updates that are available, such as how many (with buttons to update or see details), how much storage you’re consuming, shortcut for sharing apps, and your ratings and review will be seen on this page.

The old setups will contain an Updates page where you will see a list of apps with updates available at the top of a recently updated list.

The new setup will display how many updates you have pending. However, you will have to tap one of two button to get to the update page to make that happen.

Confused? Wait until we get to the next page…

Now, here is where things will get a little more dicey.

On the ‘Manage’ page, users can filter by Installed or Not Installed, by those with updates available, or if they are games. Additionally, users can sort a number of different ways, through size, name, most/least used or recently updated.

And are you missing the beta apps like the ones you used to be able to do in a different panel?

Well, according to the sources who discovered these screenshots, they have been looking around and still could not find what resembled that old beta area.

There already have been reports complaining about the update on Reddit. Bottom line, many have been struggling to keep up and even get used to these new changes brought to us by Google.

And in true Google fashion, it will take a while before all users will get the update.

What are your thoughts on these updates? Comment down below!