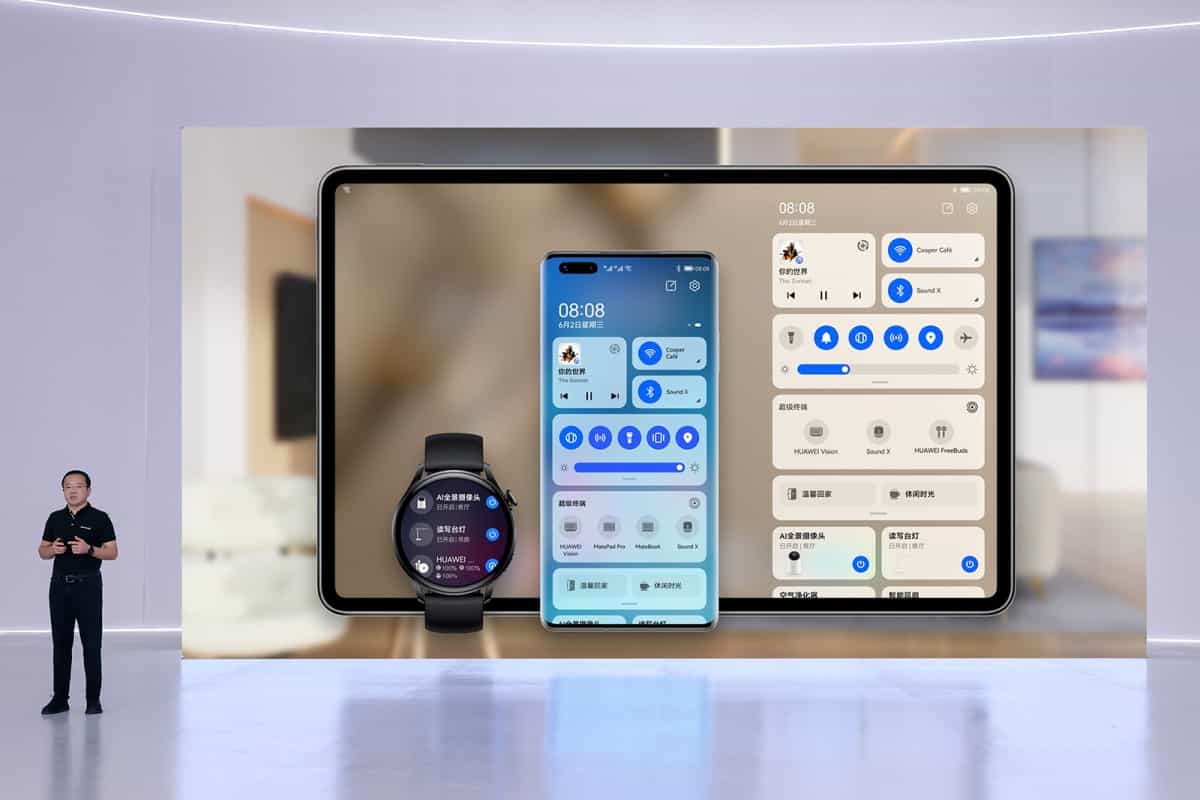 It has been public knowledge that Huawei was cooking up its very own operating system as a replacement to Google’s Android called HarmonyOS.

On Wednesday, Huawei officially launches HarmonyOS across its smartphones, tablets, and other devices. This move is in response to the U.S. government banning the Chinese tech company from doing any business with U.S. companies.

Also, it’s the company’s way to stop itself from being too reliant on U.S. technology and to compete against software giants like Apple and Google.

During a livestream on Wednesday morning, Huawei kicked off the launch of HarmonyOS, its self-developed operating system that will replace Android in all its devices.

Additionally, the company also announced a new watch, tablet, and a new smartphone that will all be powered by HarmonyOS.

Plus, the company will be updating its huge slew of Huawei Android phones, around 100 of its existing models, to HarmonyOS over the next year.

Huawei is now rolling out the HarmonyOS 2 on its existing smartphones and tablets. Among the first devices to get the first dibs are the following: Mate 40, P40, Mate 30, and MatePad Pro.

The company also projected that in the third quarter of this year, HarmonyOS will reach nova 6, nova 7, nova 8, Mate 20, and MatePad products. And by the end of the year, Huawei’s self-developed operating system will land on V and S series smart screens, Mate 20 X phones, and M6 tablets.

If you already want in on the fun, you can apply via the Huawei app or in person by visiting one of the company’s experience stores.

Huawei first unveiled the HarmonyOS back in 2019 after the company got banned from doing business with U.S. companies cutting its access from Google’s Android.

Huawei faced further sanctions cutting off its access to critical semiconductors which affected its smartphone business.

In conjunction with today’s announcement, it seems that Huawei has two completely different operating systems that it calls “HarmonyOS.”

First, the IoT and smartwatch version of HarmonyOS, which is based on Huawei’s LiteOS is open source. The second version is for smartphones and tablets and looks like a branch of Android and uses the Linux kernel –– one thing Huawei is very resistant to admit.

Having what looks like two different versions of operating systems share the same brand name leads to a lot of confusion. Also, you can make a lot of claims regarding the IoT version of HarmonyOS that do not apply to the phone version OS.

According to Huawei, HarmonyOS 2 offers upgraded connectivity. It will feature many useful features that will work seamlessly on all its devices.

Many are concerned that HarmonyOS is just an Android rip-off. We have yet to see the operating system’s full potential once users get to use it and discover its wonders.