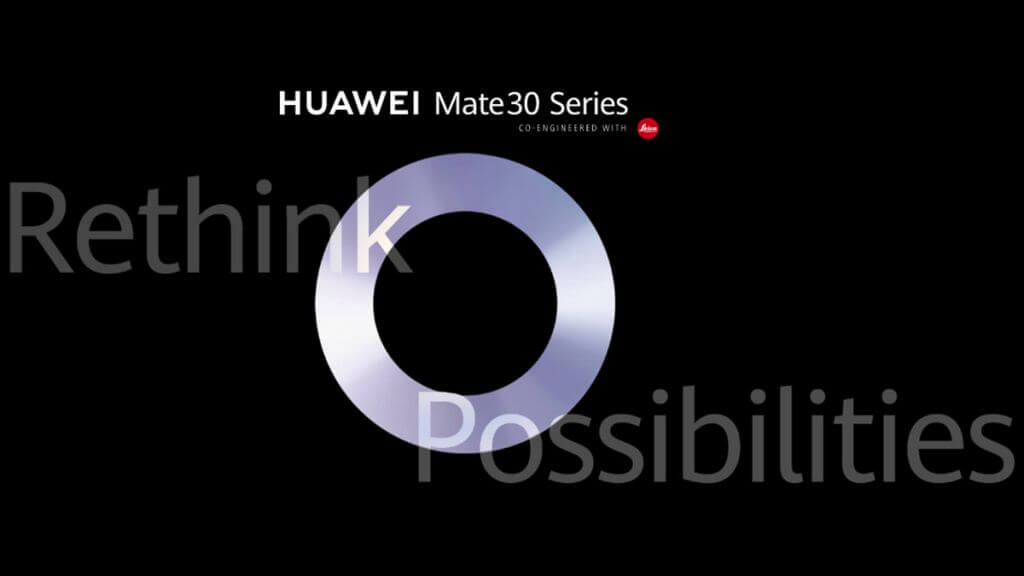 In the months leading up to this moment, we have all heard the rumors and speculation on the Huawei Mate 30 Pro phones. By now, we already have an idea of how the phones would look and what they are capable of. But, something is missing.

So far, we have only guessed when the phones will launch. But it’s official, Huawei’s Mate 30 Pro series launch is on Thursday, September 19th, with the unveiling happening in an event in Munich.

Thanks to a tweet posted on Huawei’s official Twitter account, you can now mark your calendars and get ready to see one of the much-anticipated smartphones this year.

The announcement has been accompanied by a preview site encouraging us to “rethink possibilities” – making you think of all the possibilities. They’re also what appears to be what looks like a camera lens graphic, suggesting its serious camera capabilities.

But, we are still not sure what to expect on a smartphone without a full license to use Google’s operating system, apps, and other services. This could be a disaster for devices sold outside of China with consumers who are reliant on Google’s services.

Although Google’s fate is uncertain with the Mate 30 Pro series, we already know that the phone will come with Kirin 990 chipset to be revealed before the phone’s launch date at the IFA 2019.

Also, we are sure that the camera will have a huge upgrade over last year’s Mate 20 Pro. However, other phone specs remain a mystery, but a 5G variant could be coming.

There are also talks on whether Huawei would use the event to clarify the release schedule of its foldable phone – the Mate X. But we are sure that we will hear something big on the day of the event. The entire launching event will be streamed via a microsite with very little details other than what was already being shared.

By the looks of it, if the rumors and leaks are true, the Mate 30 Pro is indeed a very stunning device. But, knowing that the device is not sure to come with the full Android license, it could be a hard sell. It can be difficult to convince consumers to spend their cash on a device without Google’s operating system, apps, and services.