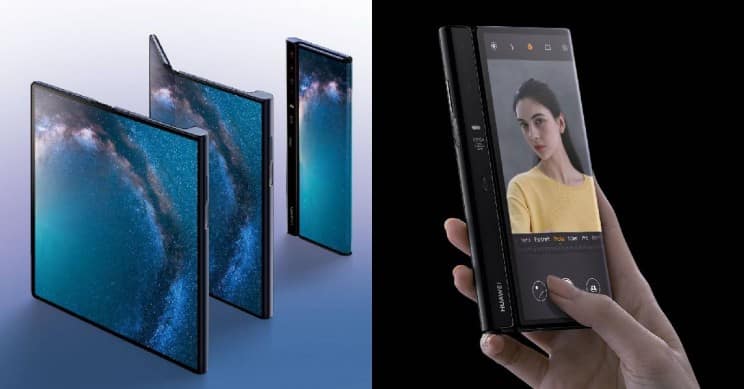 The Chinese tech manufacturer has a knack for introducing its previous foldable phones every February. In fact, its last Mate Xs landed back in February 2020. And now, sources reveal that its new Mate X2 will follow suit –– landing on the market by the end of this month.

One tipster took to Weibo, stating the new foldable phone will be here “very soon” with a new and improved design, 5nm chipset, and “new impressive technology.”

It has been rather a trend that Huawei releases its foldable phones every February of the year. So assuming that Huawei is on a yearly release cycle, it is safe to say that its successor is likely to land very soon.

As we enter the month of February, several rumors loom that another Huawei Mate foldable phone is on its way. Now, a leaker known as Courage Digital King revealed on Weibo that indeed the much-anticipated phone is “coming soon.”

The post – spotted by GizmoChina – also reveals an interesting detail though, namely that the inner folding screen is apparently different to the design Samsung uses on phones like the Samsung Galaxy Z Fold 2.

Courage Digital King also revealed in his post what will be expected of Huawei’s new foldable phone. The post, which was spotted by GizmoChina, also reveals an interesting detail. It has been revealed Huawei will seemingly have a different design than that of what Samsung uses on its foldable phones like the Galaxy Z Fold 2.

What do you know so far?

What’s interesting? Everyone has assumed that Huawei will be using a similar design to what Samsung uses. So far, images of the Huawei Mate X2 have not yet been leaked.

But according to the latest rumors, it suggests that it will have an inner screen. This is a departure from its predecessor, the Mate Xs –– the phone has one big outer display that is always visible regardless if the smartphone is folded or not.

The Huawei Mate Xs will have an inner screen that will be in full view once the user unfolds the phone. And once it’s folded, its full size is hidden away, but a second smaller screen is available on the outside. This second screen will likely be for viewing notifications.

Additionally, based on previous leaks, the Mate X2 is expected to feature an 8.01-inch with 2,220 x 2,480 internal screen. Meanwhile, the external screen will feature a 6.45-inch 1160 x 2700 resolution. However, that does not give us anything on its design –– this still remains a mystery, at least for now.

Finally, the latest leak reveals other details, such as the Huawei Mate X2 will have a 5nm chipset, which will almost certainly be the Kirin 9000 as already seen on the Huawei 40 series. Another leak states that the smartphone is expected to have “some very dazzling technologies”, which is vague but stirs the imagination.

Its expected launch date is very fast approaching. It is only a matter of time before another leak reveals what the device will look like. And before we know it, its design will be everywhere on the internet.