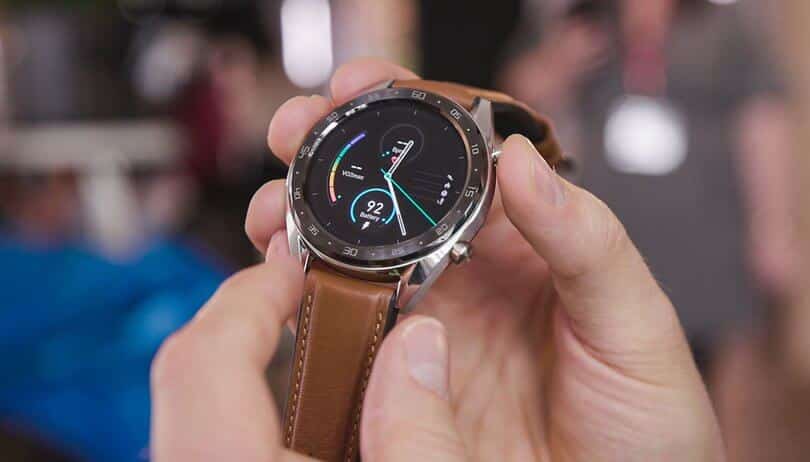 The Mate 30 Pro was not the only device Huawei has unveiled today in Munich. The newest wearable from Huawei will be called Watch GT 2, which will run the company’s homegrown LiteOS and not Google’s WearOS.

Watch GT 2 is packed with a lot of amazing features and the smartwatch ship in two sizes. But the most impressive of all is that the battery life can last up to two weeks, says Huawei.

The Chinese company is back at it again with another wearable that is focused on fitness. The smartwatch will be offered in two sizes: the 46mm and 42mm. The 46mm variant features a 22mm strap and 1.39-inch AMOLED display with a 454 x 454 resolution.

Meanwhile, the 42mm variant comes with a 20mm strap and a 1.2-inch AMOLED display with a 390 x 390 resolution. This smaller model would also be thinner and lighter. Both smartwatches will run Huawei’s homegrown Kirin A1 chipset, with Bluetooth 5.1, GPS, and optical heart rate sensors.

It was rated 5ATM which means the smartwatches are water-resistant at a depth of 50 meters for about up to 10 minutes. They also are loaded with lots of sensors to make the most of the fitness and stress monitoring features. And just like any other smartwatch, it will display any notifications on your apps directly on your wrist.

Take and receive calls directly on your wrist

The Watch GT 2 will feature a mic and speaker so users can now take and receive calls straight from your wrist, given that the watch is within 150 meters away from your smartphone. However, expect a shorter battery life when this feature is regularly used.

But according to Huawei, users can still get a decent 10 hours of battery life with Bluetooth calling. The company claims that the usual battery life would be 14 days, with GPS mode providing 30 hours as well as music playback at 24 hours.

Watch GT 2 is for fitness buffs

Huawei made sure that these smartwatches will cater not only the stylish fellows but also for fitness enthusiasts. The Chinese company has added support for 15 workout modes, such as running (road, trail, and treadmill), walking, hiking, cycling, and swimming (both pool or open water), and gym machines and free-weight training.

There is also enough storage for about 500 songs to get you going. And there is also an “Always On” mode, but it seems that it this option is not enabled by default. As for the battery, Huawei’s measurements were made when the “screen is turned on 200 times a day.“

You can get the Watch GT 2 46mm model at €249 and the 42mm model at €229. Huawei will launch these smartwatches in Europe later this year, but still no timeline as to other areas and countries. The company will start shipping in October.