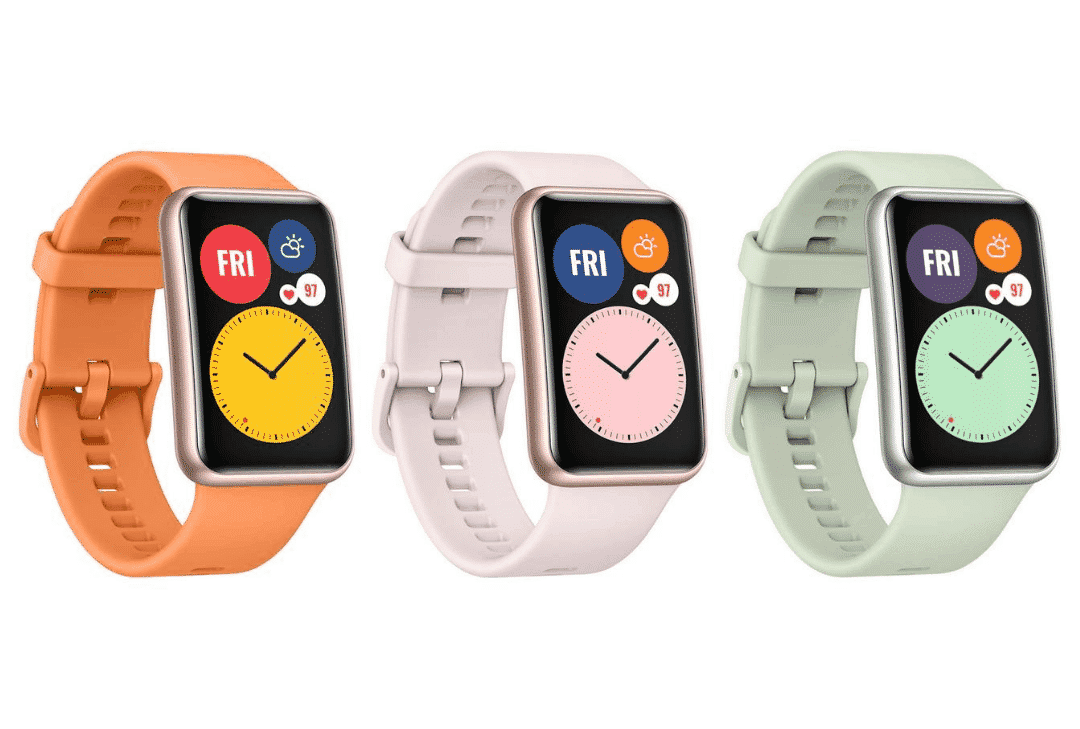 A new smartwatch code-named Stia has been on the news for quite some time now. This smartwatch is hitting the market very soon but now we have more details than just its code name.

This new smartwatch is from Huawei and has been expected to be unveiled soon. But ahead of its official launch, leaks about the smartwatch have taken the internet by storm.

Huawei Watch Fit – everything we know so far

Huawei is set to announce its newest smartwatch named Huawei Watch Fit. Leaks about the smartwatch have suggested its impending release.

The Huawei Watch Fit was spotted on TFK Shop Austria which means the product is set to make its debut sooner rather than later. The post has been deleted but many were quick to view the contents.

The page lists a Huawei Watch Fit in Graphite Black which is priced at $140. The smartwatch doubles as a health and fitness tracker. It can check the user’s heart rate and other activities.

And what’s more? It supports both Android and iOS devices.

What are the specs?

The Huawei Watch Fit smartwatch features a GPS that is equipped with a 1.64-inch AMOLED screen with 456 x 280 pixels resolution.

It also comes with a barometer and ambient light sensor. And get this… its battery life can last up to 10 days with normal usage; a charging cable station is included.

The smartwatch is also a fitness tracker that can track different activities. It will be powered by a new Kirin A1 chipset capable of detecting and tracking different exercises such as walking, running, swimming, indoor and outdoor cycling, and more.

Related: Amazon deals: Fitbit trackers and smartwatches are on sale

This waterproof smartwatch is perfect for all occasions too. The device can show different notifications from your phone for emails, text messages, calls, reminders, or calendar.

What else? It comes with breathing exercises, a stress test, heart rate monitoring, and sleep recording. But unfortunately, the wearable device does not have a loudspeaker.

Aside from the Graphite Black, it looks like the watch will also come in three additional colors – silver, orange, and pink. Silicone straps will be available in green, black, pink, and orange.

There appears to be a single button to the right of the display. Beside that is a small hole which suggests a plug in for the device’s built-in microphone.

The shape of the smartwatch appears to be rectangular, which is unusual considering that Huawei has shown a preference for circular displays. So it appears that Huawei has changed up this design from its other watches.

Finally, the smartwatch is expected to launch in September. Although, Huawei has not officially confirmed the device, we can expect some announcement next month at the IFA 2020 in Germany.