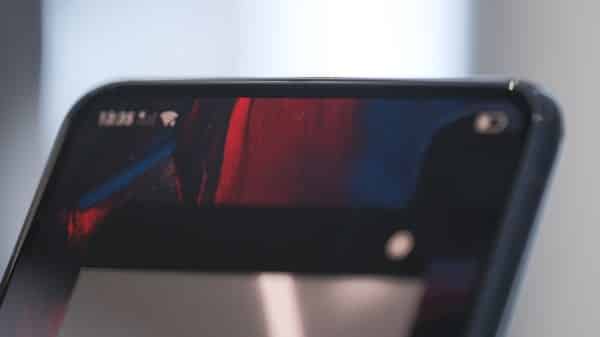 One of Oppo’s top exec said this through Weibo also known as Chinese Twitter. This is in response after a Chinese display maker announces that it will start mass production of in-display selfie cameras.

And future customers are responding.

Visionox caught the world in shock when the company announced that it will start mass-producing in-display selfie cameras.

Nowadays, getting an in-display selfie camera will be the smartphone design’s most important achievement since it became smart. Customers are wishing for it, and companies are striving for it. This is because the technology will offer a seamless full-screen experience considering the lack of a notch, a pop-out camera, or a punch-hole cutout.

Over the past couple of years, smartphone manufacturers have been thinking of ways on how to increase their phone’s screen-to-body ration. The question arose as to where to place critical components on devices with more screen area. The answer is to integrate them directly on the display. This was already observed with on-screen fingerprint sensors. That leaves them with another critical component: the selfie camera.

Brian Shen suggests that as great as they are, in-display selfie cameras will not be as good as advertised. Although he does admit that “it is an interesting attempt.”

Seeing how first generations of on-screen fingerprint sensors lacked the speed and accuracy of traditional scanners at first, the same thing might happen to the first generation of in-display selfie cameras.

Last year, Chinese phone giant Xiaomi released a sneak peek as to how the technology would work. However, it looks like the technology is still under development. But this move surely paved the way to a notch-less and popup-free phones of the future.

Our team conducted a survey on our friends, families, and followers on social media as to how they stand on this development. The graph below shows their sentiments:

The results were fascinating. 41 people refused to have a lower-quality front-facing camera for obvious reasons. Their reasons ranged from having a good selfie camera that allows them to take photos and capture memories while others also site that they just love taking selfies. Females,  non-binary genders, and other middle-aged persons mostly compose this group.

While more than half of the respondents reacted negatively, we can not ignore those that say otherwise. And this what keeps phone manufacturers going. 32% of the respondents are willing to sacrifice their front-facing camera for a better screen-to-size ration.

“I don’t like taking selfies anyway and even though the notch became smaller, I sometimes find it as a distraction,” says Fred, one of the respondents. “And I think those mechanical pop-up cameras will last for a long time.”

Gamers and multimedia enthusiasts like Fred are those who wanted to sacrifice their front-facing camera for bigger screen sizes.

There are also those, the minority, who don’t like to take sides. “As long as I have a phone,” says Marianne, “it’s good enough.”