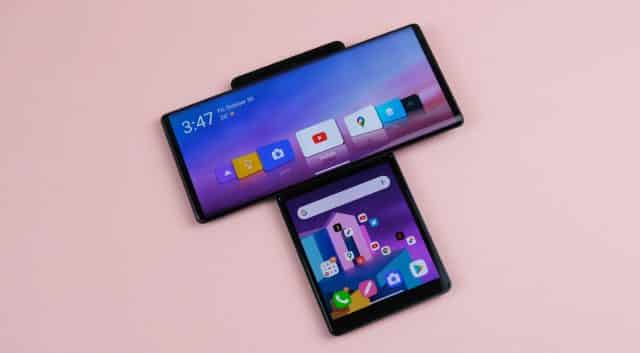 In a new post, the company has announced its decision to leave the smartphone business scene and focus its resources on growth areas such as smart homes, connected devices, robotics, electrical vehicle components, AI, and B2B solutions, services, and platforms.

What’s widely regarded as a piece of sad news is one that we already saw coming. LG is finally confirming the rumors that have been circulating online for quite some time now.

LG is officially saying goodbye to the smartphone business

After months of speculation, LG has finally put an end to the rumor. The company is bidding farewell to the smartphone business through a blog post today.

Although LG is not that big of a name in the smartphone industry, it still has made a name for itself in the market. For a brief moment, it maintained a close bond with Google and launched three Nexus phones. No other Android OEM has ever had the honor.

Additionally, LG is one of the manufacturers of Google’s Pixel phones, together with another phone maker, HTC.

Unfortunately, LG has been struggling in the smartphone business for some time now. Although it had a few brief moments of glory, it was never able to fully recover.

Once considered a big rival to Samsung, LG has struggled to compete with their high-end smartphones. On top of that, its affordable devices have also faced stiff competition from its Chinese rivals.

The company’s Board has finally come up with the decision to completely close this struggling department. All this means is that neither the LG Rainbow nor the LG Rollable, the world’s first, will ever see the light of day.

The LG Rollable was tested at this year’s CES event and it was said that the device would be launched later this year.

Also, the company will work collaboratively with its suppliers and business partners throughout the process of shutting down its mobile phone division.

LG will continue to leverage its mobile expertise and develop mobility-related technologies such as 6G to help further strengthen competitiveness in other business areas. Core technologies developed during the two decades of LG’s mobile business operations will also be retained and applied to existing and future products.

LG’s announcement of the closure of its mobile phone division

However, details regarding its employees have not been disclosed.

LG is expected to completely shut down by July 31 of this year. Some expect otherwise though, given the company’s track record.

Nevertheless, considering its contributions, it’s a sad day for the industry as another player has decided to throw in the towel.

How to connect your LG Smart TV to Google Home