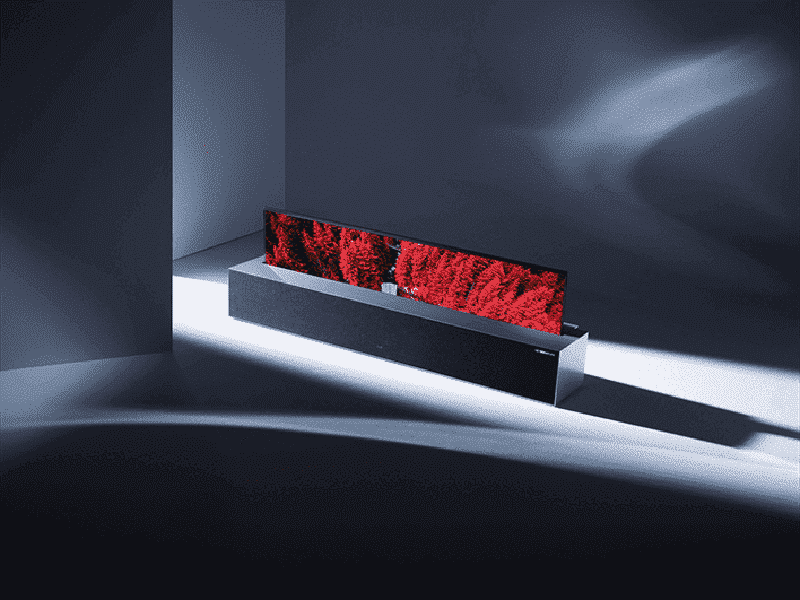 The South Korean giant, LG, is known for its home appliances and electronics. The company is on top of its game when it comes to smart TVs and it is not about to step down.

Now, the company is causing excitement across the globe as it is set to launch a rollable TV –– the world’s first. The most talked about electronic will finally hit the market this October. And yes, that is this month.

The South Korean electronics company does not hold back when it comes to innovations. Recently, it made headlines as it launched its newest smartphone, the LG Wing –– a rotating phone. And that is not the only news for the company as it has launched a website dedicated to its ‘Signature OLED RX’ TV.

We are sure you have heard of LG’s rollable TV. It was first seen during the Consumer Electronics Show (CES) in the United States in January of last year. It was initially planned to go on sale last year as well.

Unfortunately, there were delays due to matters regarding its mass production as well as the coronavirus pandemic being a factor in its delay. Finally, LG will be launching this much-anticipated rollable TV.

The ‘Signature OLED RX’ TV features a 65-inch screen display that rises from a box and can be rolled up and down from the inside. It also features an OLED screen. The advantage of an OLED screen is that it can bend and roll freely since it has no backlight.

LG’s rollable TV is not your typical, everyday TV that you can just roll up to watch your favorite shows or roll down when it’s not in use. This TV from LG gives you three viewing options: full view, a view with only a portion of the screen to be seen, and a view that fully hides the television. So, users can choose a view depending on their preference at the time.

Also read: How to connect your LG Smart TV to Google Home

The rollable TV does not come cheap

Now the fun part: when will the TV be available and for how much?

Well, according to reports, the dedicated website for this new rollable TV product has been launched and is accepting applications for VIP invitations. After a few VIP invites and a hosting of an event for its customers in Seoul, LG’s ‘Signature OLED RX’ TV will finally hit the markets in the middle of October.

But, this TV is not for everyone. As is the case for the major electronic manufacturers, the latest gadgets launched have not been cheap. LG’s ‘Signature OLED RX’ comes with a whopping $85,000 price tag (over 100 million won).

There is no doubt that this LG will give you that cinematic effect with the big screen display and viewing options. But if you want to get it for yourself, you might have to consider its very expensive price tag!